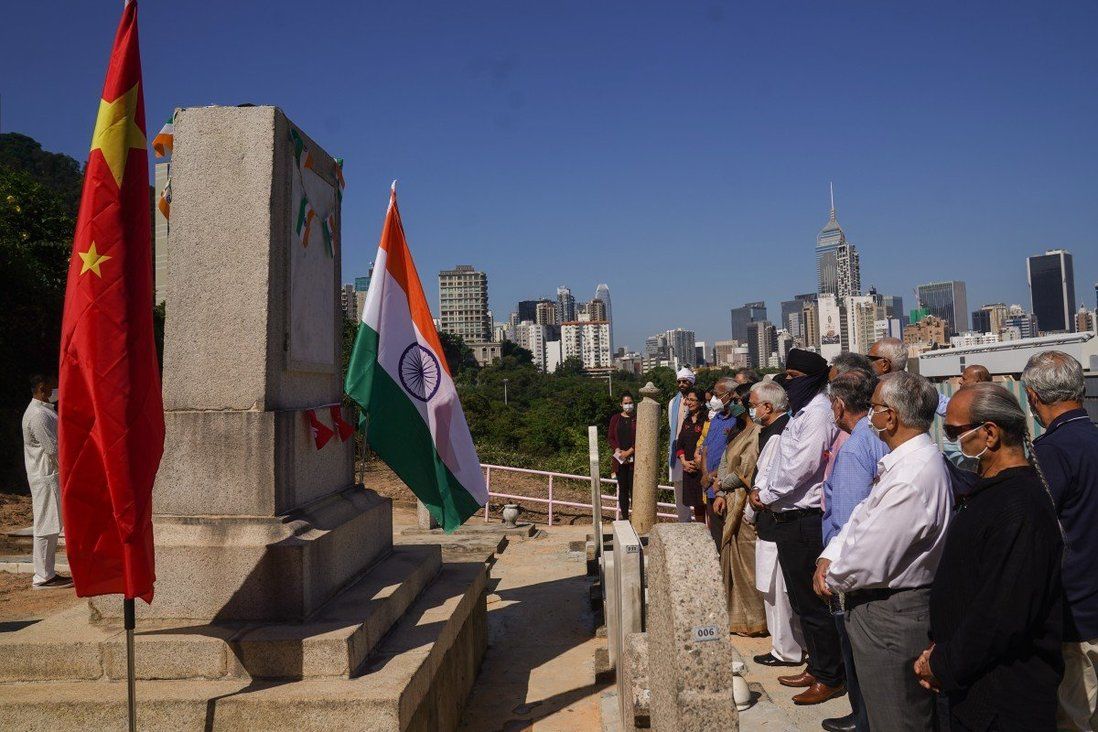 As many as 90 volunteers lent their efforts to restoration of site overlooking Happy Valley Racecourse where several military graves are located.

A once-forgotten cemetery in Happy Valley on Sunday played host to a commemoration of the sacrifice of Indian and Nepalese soldiers from Hong Kong in the first and second world wars.

Members of the Indian community, the Indian consulate and the chairman of the Hong Kong Equal Opportunities Commission came together on Remembrance Sunday to pay tribute to the fallen soldiers. They expressed hope the newly restored cemetery would serve as a symbol of the contributions made by the city’s ethnic minority communities.

Bagpipes rang out in the small cemetery behind the Hindu temple overlooking Hong Kong’s Happy Valley Racecourse as about 30 members of the Indian community gathered in front of a white granite obelisk honouring the eight Hindu and Sikh soldiers who fought for the British Empire in the first world war.

Two Nepalese soldiers who fought in the Royal Engineers regiment, and the wife of a soldier from the Royal Gurkha Rifles, had also been laid to rest at the site alongside 30 civilian graves. 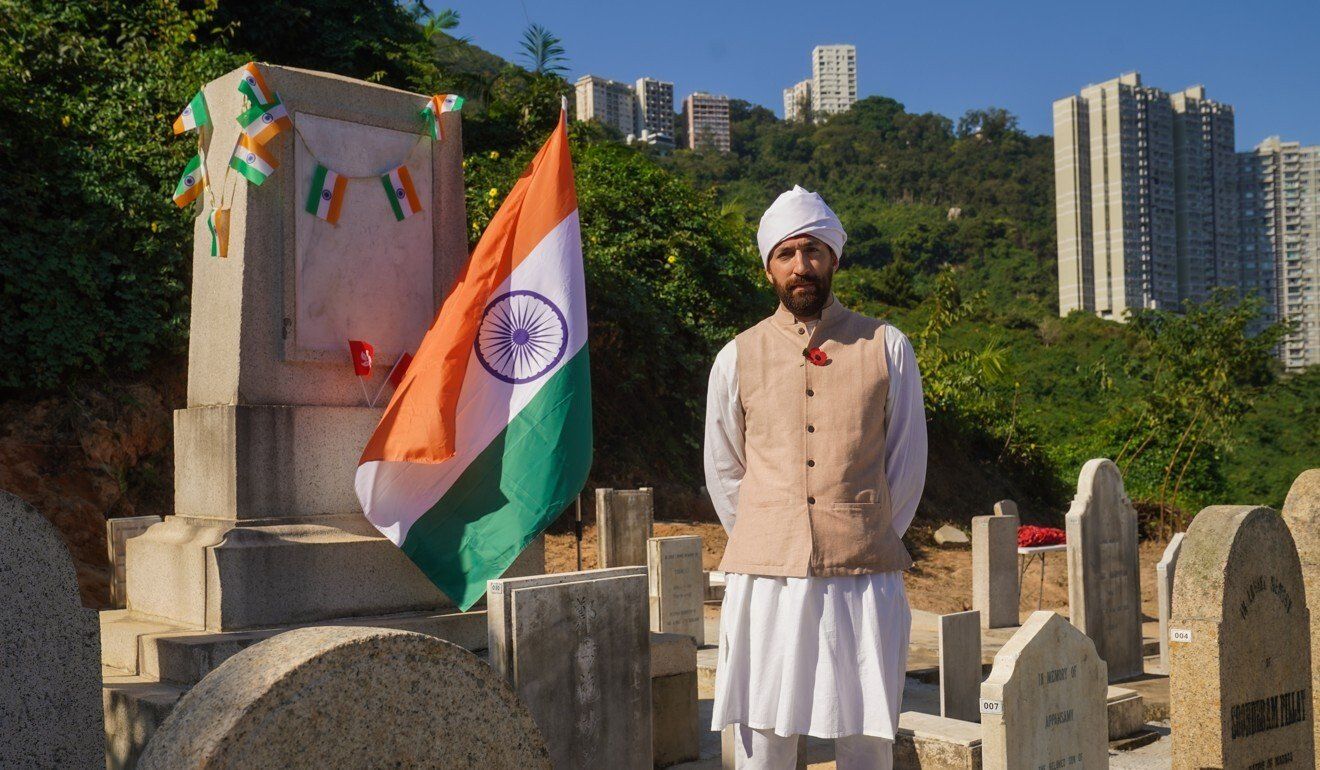 On Sunday, a two-minute silence was observed, then wreaths of red poppy flowers, the symbol of remembrance, were placed at the foot of the memorial.

Among the eight wreaths was a white arrangement from the Chinese foreign ministry’s Hong Kong office.

“They fought for Hong Kong under the British flag. We cannot forget their sacrifice,” said Lal Hardasani, president of the Hindu Association.

Held every second Sunday in November, Remembrance Sunday is celebrated in Britain as a way to pay tribute to those killed in both world wars as well as other conflicts, while many other nations observe Remembrance Day on November 11.

Hong Kong has held its own ceremony at the Cenotaph located near City Hall since 1923, with representatives of several countries and veterans associations typically in attendance. 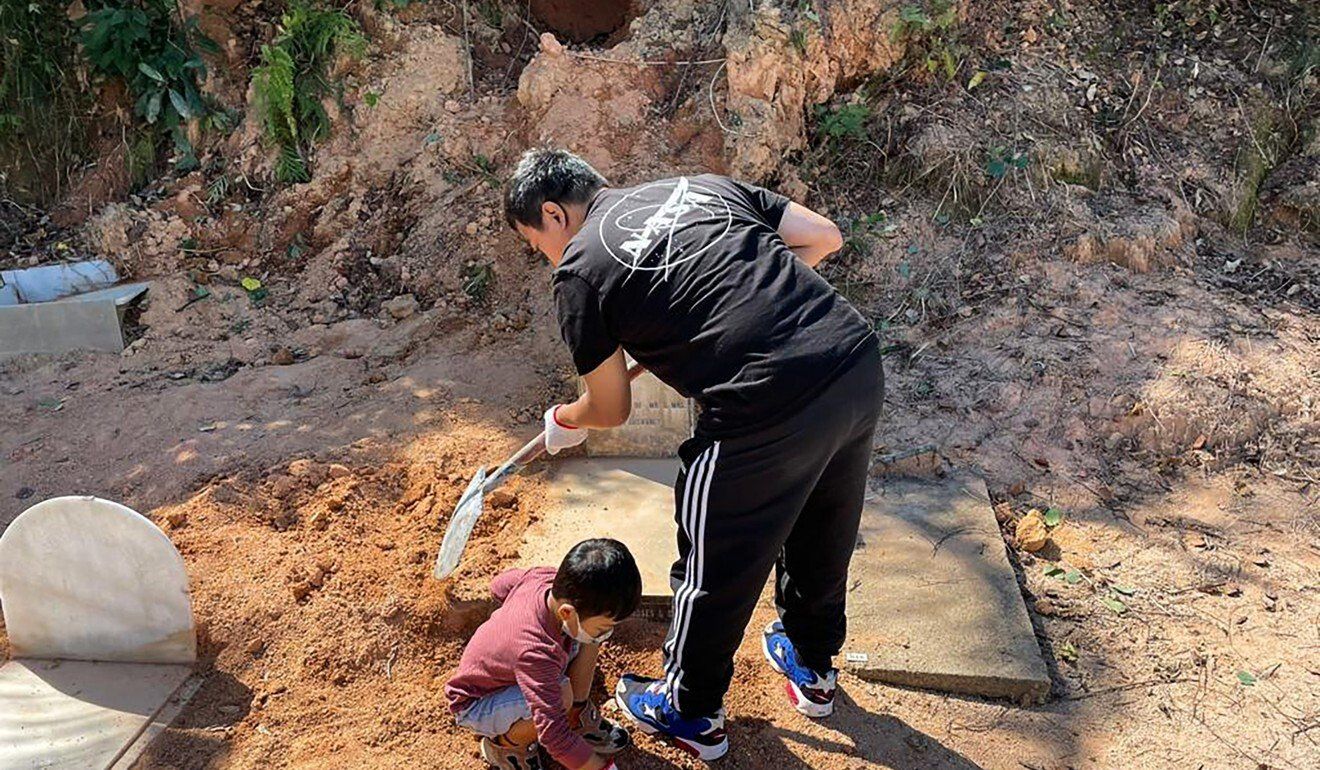 Volunteers do a final clean up of the cemetery ahead of Sunday's memorial service.

But when Hong Kong-born Azan Marwah visited the cemetery on Remembrance Sunday last year, he was surprised to discover not only was there no memorial service, but the graveyard, established in 1928, was in poor condition.

Marwah, who comes from a Hindu, Sikh and Christian background, together with social worker Jeffrey Andrews spearheaded the volunteer effort over the past eight months, which grew from 20 volunteers to an eventual 90, to clean up the graveyard.

People from all walks of Hong Kong life spent six days hauling tools and heavy bags of sand and cement up more than 200 stairs, starting at 9am and working until 7pm.

“To me, it is important because we are a bit of a hidden minority … even though you see Hindu and Sikh people everywhere, they are not given much recognition for their part played in Hong Kong’s history,” Marwah told the Post. 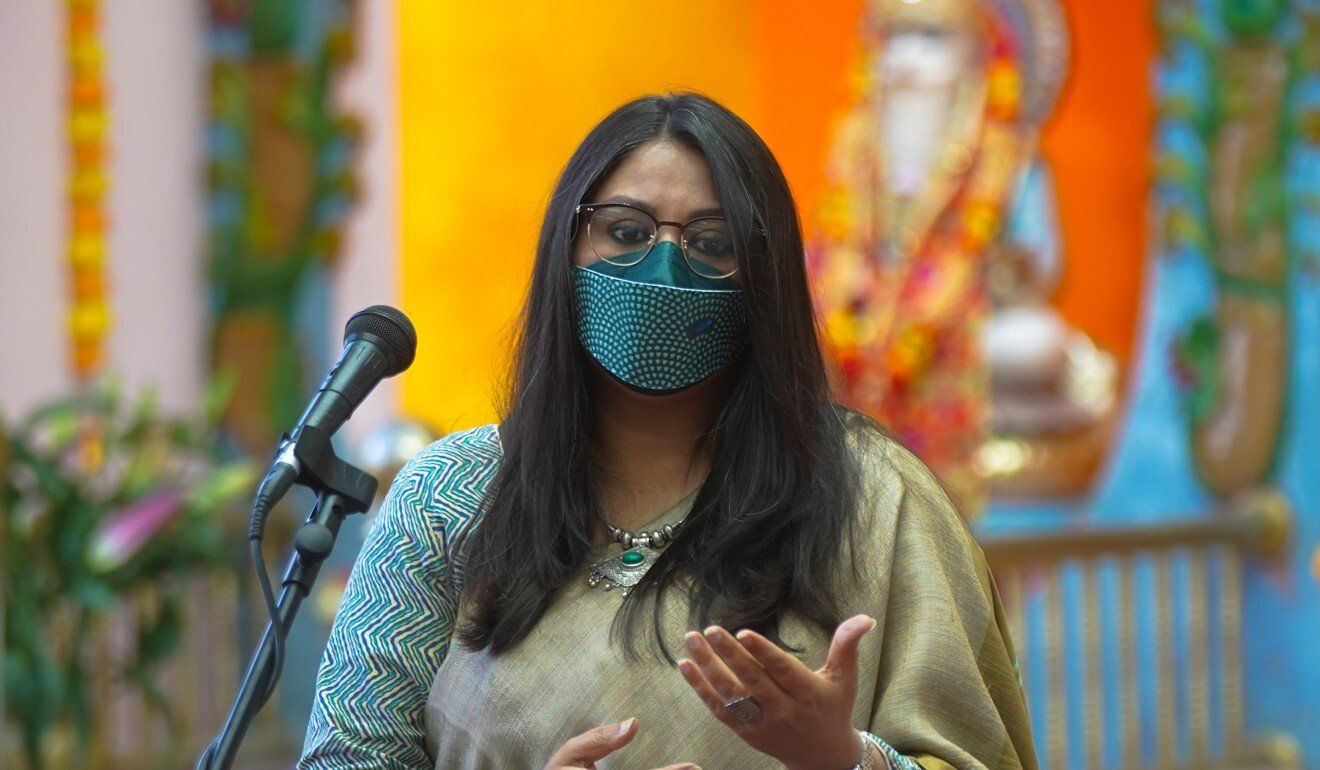 Consul-General of India to Hong Kong Priyanka Chauhan was among those who attended the memorial service on Remembrance Sunday.

“We have given back dignity [to the soldiers]. Most importantly, we are respecting our history,” Andrews said on Saturday ahead of the memorial service. “I would not have known this existed. It is so important for the future generations.”

Speaking at the service in the Hindu temple, Ricky Chu Man-kin, chairman of the Hong Kong Equal Opportunities Commission, said ethnic minority communities were an integral part of Hong Kong, pointing to the fact many had been in the city since it was founded 180 years ago.

“Many of them have been here long before many of us from China. There is no reason to discriminate,” he said, adding he hoped the ceremony would help to publicise their contribution to the city.

Consul General of India to Hong Kong Priyanka Chauhan said she hoped the memorial service would lead to a more “institutionalised” version in the future.

“I feel that the acknowledgement of their contribution in making Hong Kong what it is today has not been institutionalised in a manner where perhaps other communities have been. I feel that ceremonies like this are important steps in that direction,” she said. 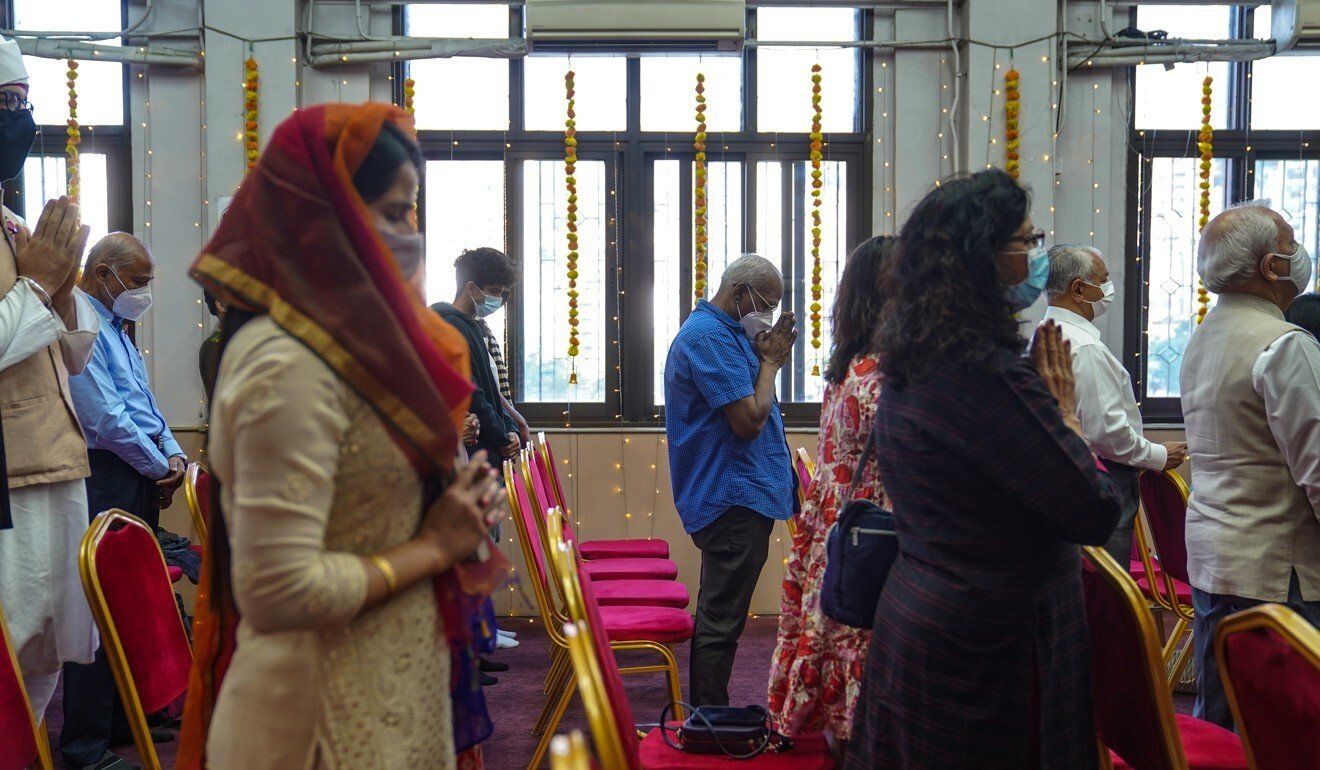 A memorial service for the fallen was held inside a Hindu temple that overlooks the Happy Valley Racecourse.

Throughout World War I, Hong Kong was garrisoned by local defence and Commonwealth forces, including units of Indian infantry. The memorial obelisk bears the names of eight Hindu and Sikh soldiers who sacrificed their lives during the conflict.

The Commonwealth War Graves Commission is responsible for marking and maintaining the graves of members of the forces of Commonwealth countries who died in the two world wars. There are about 6,400 people from both wars either buried or commemorated on memorials in Hong Kong, according to the commission.

While gardeners routinely visit and clean the three military graves and the memorial in the cemetery, they are not responsible for the civilian graves, which had fallen into disrepair. Under the Hindu religion, loved ones are cremated. Only infants under the age of three are buried, and they were among those laid to rest at the graveyard. 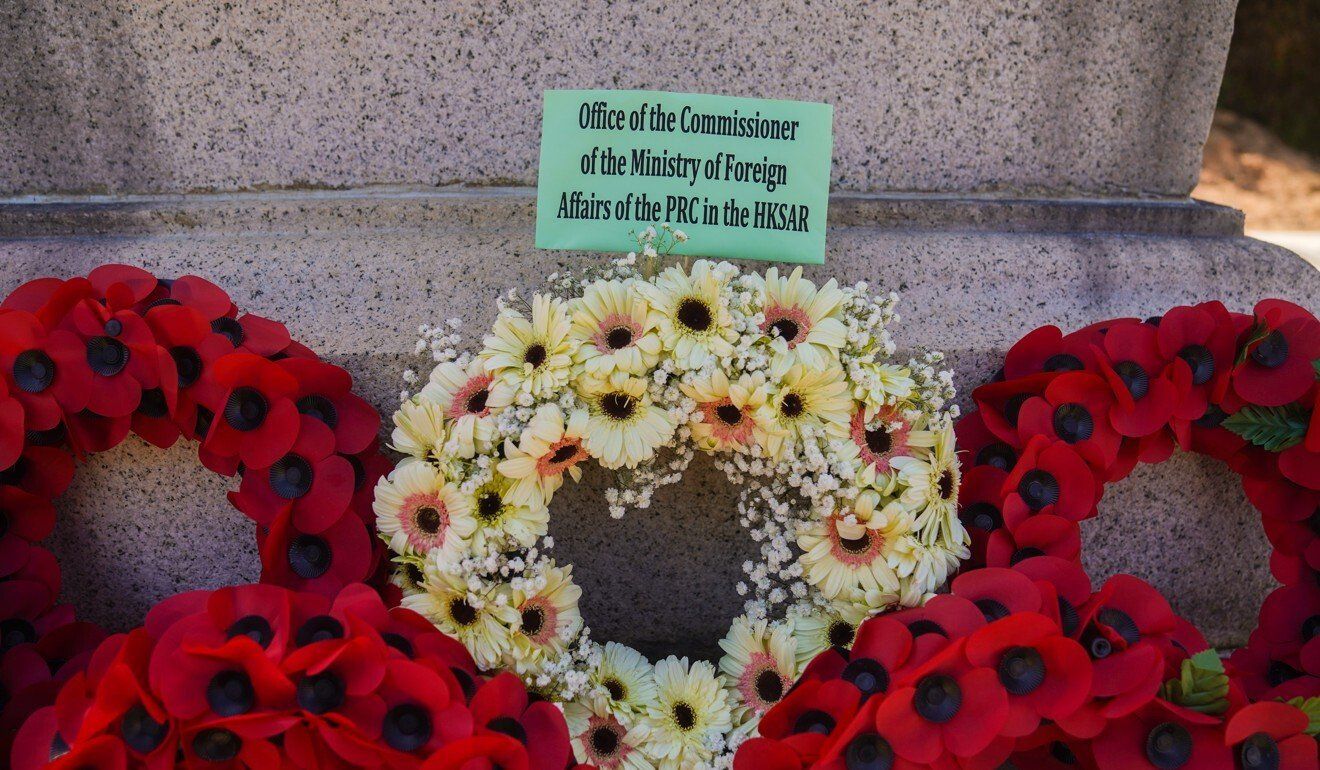 Among the eight wreaths at the memorial was a white arrangement from the Chinese foreign ministry’s Hong Kong office.

Morris Cheung, senior head gardener of the Commonwealth War Graves Commission, volunteered his expertise to the restoration effort. He did not know there was a Hindu temple in Hong Kong, despite having lived in the city for 30 years and said he hoped Hongkongers would visit the site and learn more about the contributions of ethnic minority communities.

“We need to let more people know about the local Indian community and the history and their contributions, especially in the second world war, in which a lot of Indian soldiers fought and died in Hong Kong for this place. Not too many local people remember that, which I think is so sad,” he said.

Li Ngai Ling brought her four-year-old son and husband to help in the clean up effort on Saturday, and said she wanted her son to learn about the city’s diverse history.

“The memorial is meaningful to Hong Kong as a whole. It is not only to a particular community. We are all living in the same city,” she said.