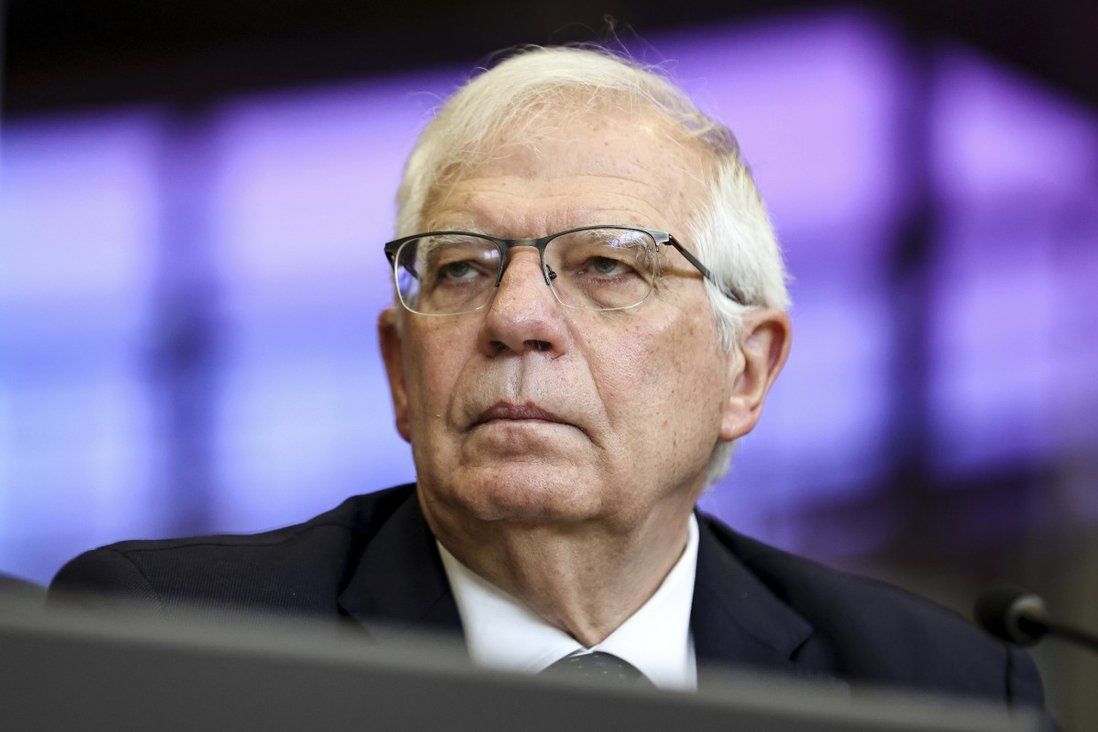 Statement from the EU said chief executive poll was ‘yet another step in the dismantling of the “one country, two systems” principle’.

The European Union has slammed the selection process for Hong Kong’s new chief executive as “a violation of democratic principles and political pluralism”.

Lee won more than 99 per cent of a vote between 1,424 members of a selection committee vetted by the government. 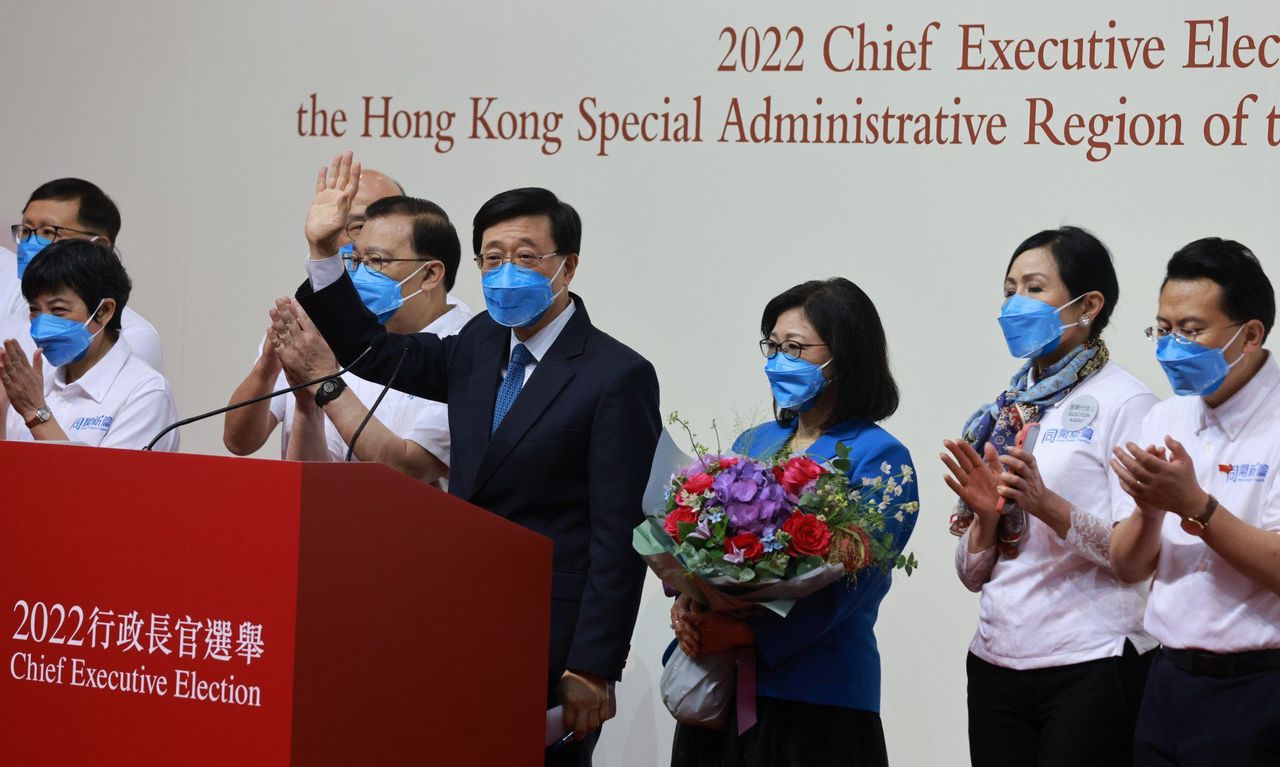 Hong Kong’s chief executive-elect John Lee meeting the press together with his wife, Janet Lam Lai-sim, at the convention centre in Wan Chai on Sunday.

A statement from the EU’s top diplomat Josep Borrell on behalf of its 27 member states said the process was “yet another step in the dismantling of the ‘one country, two systems’ principle”.

Borrell called on Beijing and Hong Kong authorities to “abide by their national and international commitments, notably the ultimate aim of electing the Chief Executive and members of the Legislative Council by universal suffrage”.

The statement was met with fury by the Commissioner’s Office of the Ministry of Foreign Affairs in Hong Kong, which demanded that the EU “immediately stop meddling in Hong Kong affairs”.

According to a spokesperson from the office, the election advanced the principle of “patriots ruling Hong Kong” and “demonstrated the progress and superiority of the new electoral system”.

Beijing’s liaison office in Hong Kong hailed the election as “another successful step in developing democracy with Hong Kong characteristics”.

In a 5,000-word article, the State Council’s Hong Kong and Macau Affairs Office praised the election for its orderliness and commended Lee as a good leader for the city.

“The chief executive election was held smoothly today, and Lee was elected with a high number of votes. We congratulate him,” it said.

The EU has been a vocal critic of Beijing’s electoral reforms in Hong Kong, and has also issued multiple critiques of the national security law, enacted in June 2020 and subsequently used to imprison legions of opposition politicians, journalists and government critics. 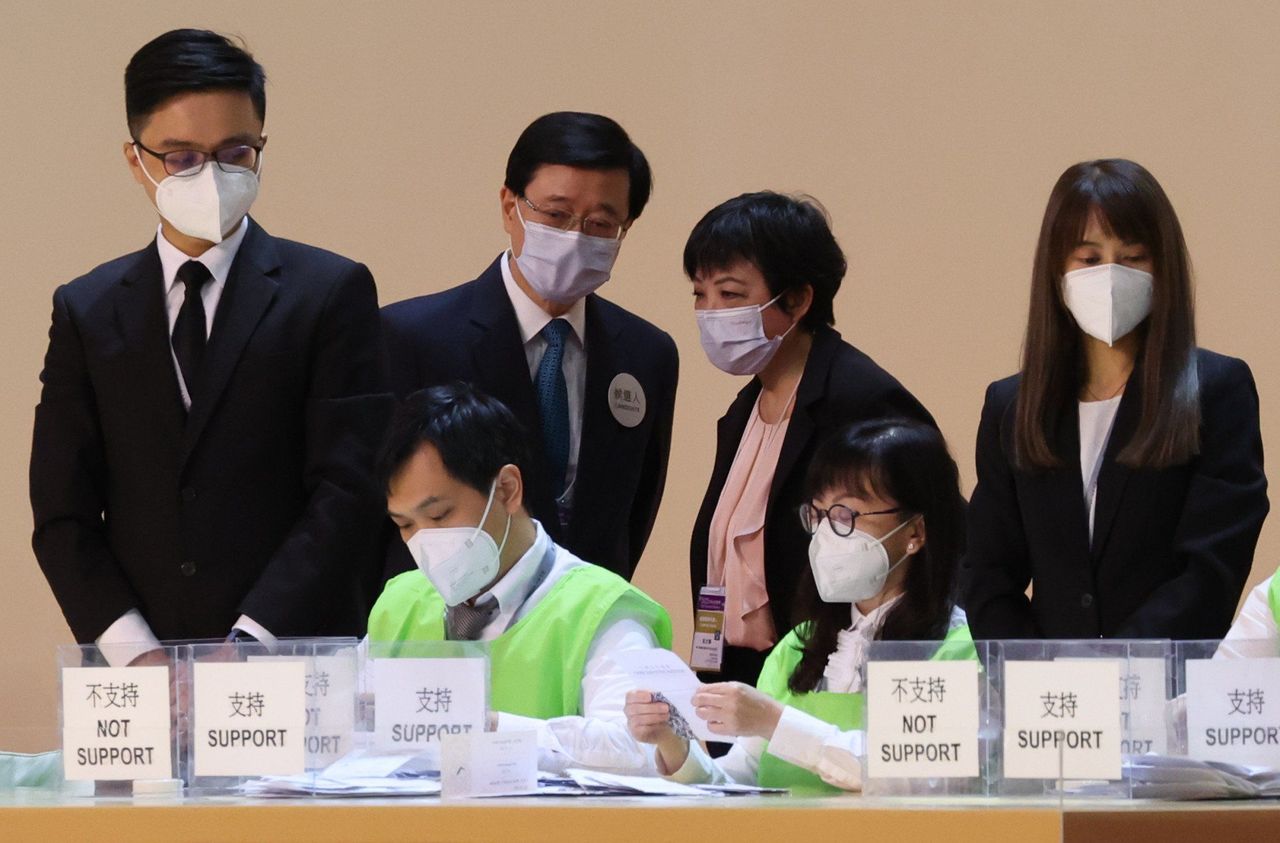 Lee, second from left in back, watching the vote counting on Sunday. Lee won more than 99 per cent of the vote.

However, Brussels has been unable to progress with punitive legislation that would have proposed the suspension of the remaining EU member states’ extradition treaties with China, and a lifeboat scheme for Hongkongers moving to the bloc, in response to the political situation in the city.

The measures failed to gain the full backing of the 27 member states, after Hungary used its veto on two occasions last year, and have not been revisited since.

In a separate statement, a group of European lawmakers pointed to the fact that Lee had been sanctioned by the United States in 2020 for “undermining Hong Kong’s autonomy” and “restricting the freedom of expression or assembly of the citizens of Hong Kong”, calling for Brussels to follow suit.

“Similar actions by the EU and its member states against John Lee and individuals responsible for the destruction of Hong Kong’s basic freedoms and the dismantling of its rule of law are long overdue,” their statement read.

The cross-party statement from members of the European Parliament pointed to Lee’s record as security chief, when he oversaw a crackdown on the city’s pro-democracy movement and the roll-out of the national security law.

“The so-called election of Lee is in reality of mockery of democratic processes as CCP authorities in Beijing have preordained his investiture. Lee is being promoted because he has amply demonstrated that his loyalty lies with the CCP, not with Hong Kong citizens,” it read.

A vociferous op-ed on the website of the Xinhua News Agency, China’s official state media, accused “some politicians in the United States and Europe jumped out to confuse right and wrong, confuse people and make people outraged”.

“Anyone with a discerning eye can see that the US and the West have so persistently smeared the Hong Kong election in an attempt to contain China’s development by playing the ‘Hong Kong card. The current smearing and slandering are just another version of [this],” it read.