Trading in virtual assets will be restricted to highly liquid products for retail investors when a new licensing regime comes into effect in June, according to SFC CEO Julia Leung.

Trading in virtual assets will be restricted to highly liquid products for retail investors when a new licensing regime comes into effect in June, according to Julia Leung Fung-yee, the newly appointed CEO of the Securities and Futures Commission (SFC).

The SFC will issue a consultation paper in the current quarter detailing the products and conditions for retail investors to trade in virtual assets, along with licensing requirements for virtual assets trading platforms, she said at the Asia Financial Forum on Wednesday.

Leung did not identify these virtual assets or provide any examples, but said only those with “deep liquidity” will be on the list. When asked if cryptocurrencies like bitcoin or ethereum could be included in the initial list of virtual assets by the regulator, she said only “highly liquid” assets will be allowed for retail trading. 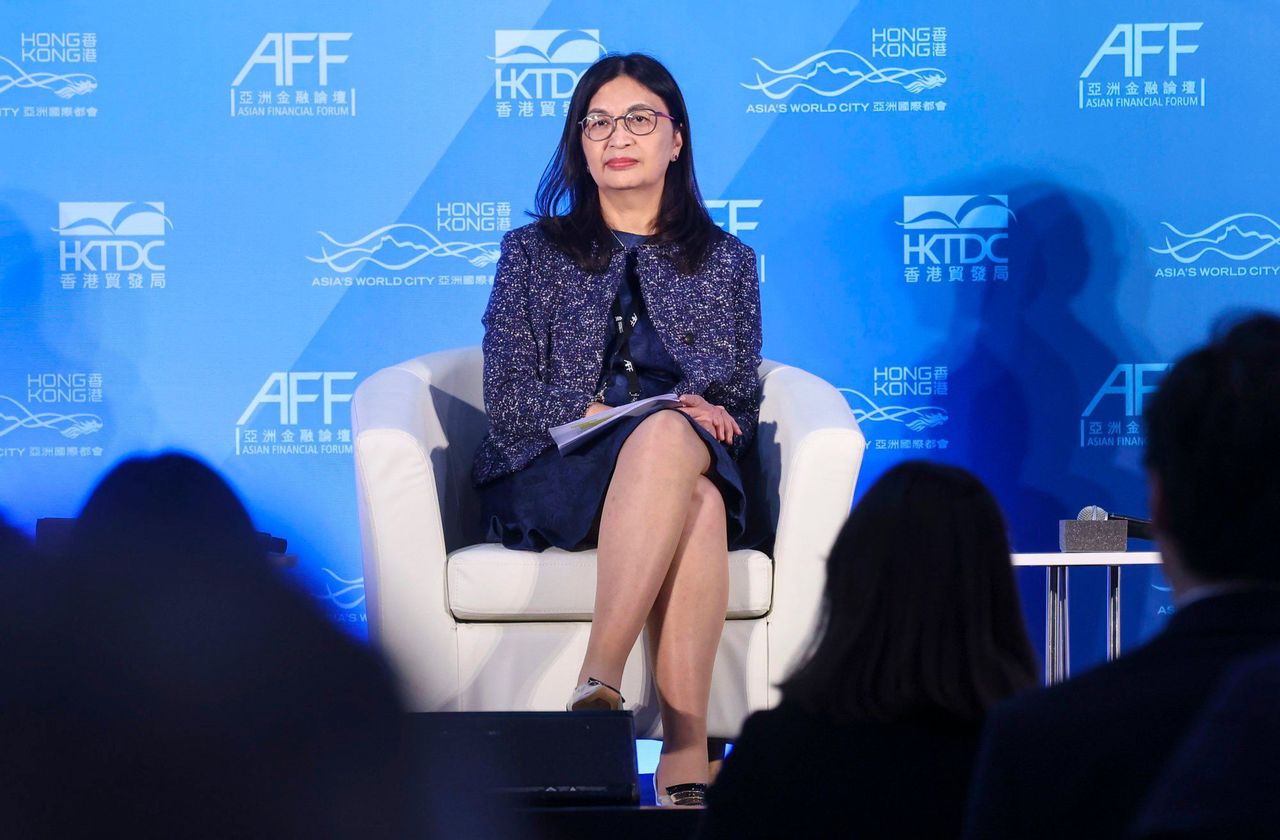 SFC CEO Julia Leung takes part in a panel discussion at the Asian Financial Forum in Hong Kong on Wednesday.
Hong Kong’s Legislative Council last month passed the amended Anti-Money Laundering and Counter-Terrorist Financing Act, imposing new licensing rules on virtual asset service providers from June this year under the purview of the SFC. These platforms have to apply for a licence from the SFC to operate or they will be shut down within nine months after the law comes into effect.

“We aim to have a proper regulatory framework to safeguard the interest of all investors and to enhance Hong Kong as a virtual asset hub,” Leung said.

The new regulations will require virtual-asset trading platforms to have internal controls, risk management and proper custodian arrangements to safeguard clients’ assets. The platform providers will also have to take measures to prevent cybersecurity risks.

“If there are proper regulations in place, then the likelihood of an FTX-type collapse will not happen in Hong Kong,” Leung said, referring to the world’s second-largest cryptocurrency exchange before it went bankrupt within a week in November. 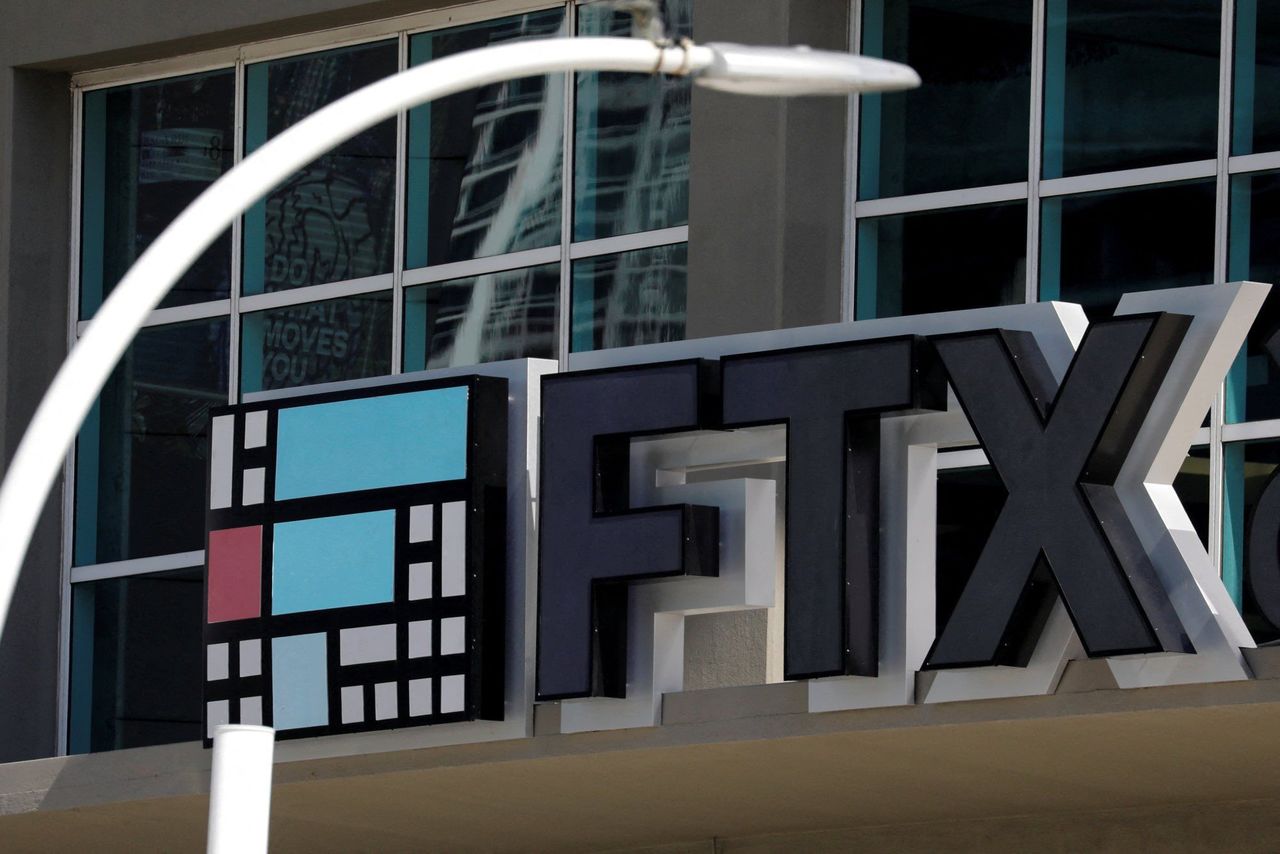 The head of Hong Kong’s securities watchdog said proper rules will ensure an FTX-style collapse does not happen in the city.

Robert Lui, digital asset leader at Deloitte Hong Kong, agreed with the SFC’s approach to allow only the most liquid virtual assets to be traded by retail investors.

Leung said the SFC will also work with the Hong Kong stock exchange on a separate consultation later this year to identify climate disclosure risks faced by listed firms.

“It is important they adopt international disclosure standards to reveal their climate risks if companies want to achieve their climate goals,” she said.

The SFC also plans to work with mainland Chinese regulators to allow companies in the Greater Bay Area to raise funds in Hong Kong to finance climate-related projects, to ensure Hong Kong’s emergence as a green financing hub, Leung said.

Besides virtual assets and climate change, Leung outlined some of her other major priorities, which include broadening the scope of the Stock Connect schemes to allow mainland investors to trade foreign companies listed in Hong Kong.

She also said the SFC will continue to crack down on market manipulation and fraud related to initial public offerings, as well as ensuring brokers and other financial firms can cope with market volatility.

“It is important that the SFC makes sure all the brokers and other intermediaries have sufficient liquidity to cope with volatile market conditions,” Leung said. 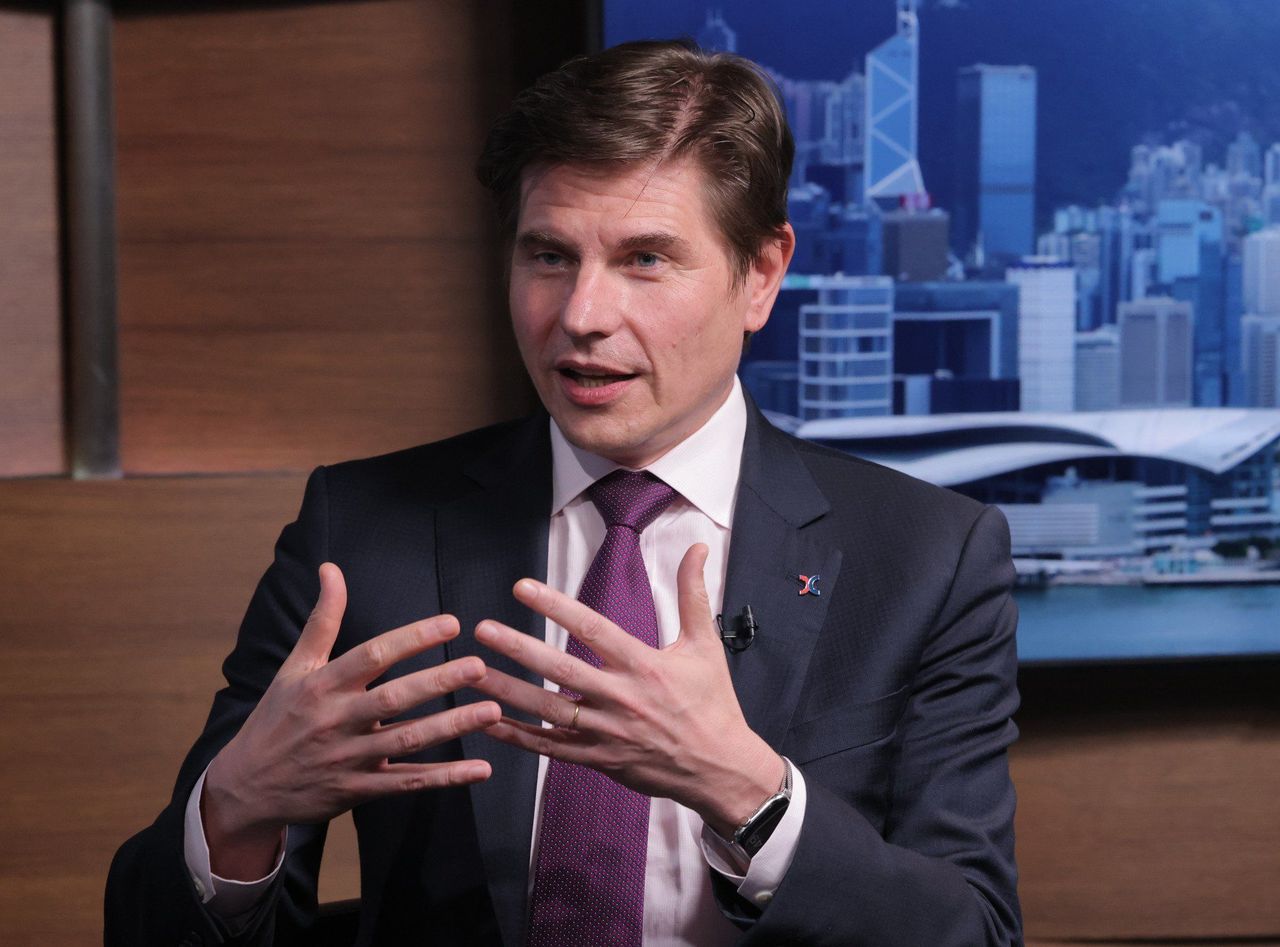 “As a regulator, we are making sure that we set the right standards,” Aguzin said about the bourse’s role in promoting green finance in Hong Kong at a separate panel at the Asia Financial Forum.

He said the HKEX has implemented measures to facilitate the issuance of green bonds and has also launched a voluntary carbon credits market that has proven successful in its first few months of operation.

“[These measures] are very significant [and] will allow increased cooperation between countries and facilitate the flow of capital,” he said.