The University Grants Committee (UGC), which funds higher education, said on Thursday that 2,302 undergraduate students, 2.7 per cent of the 86,000 on full-time, government funded courses, had discontinued their studies in the 2021-22 academic year.

The figure was 4 per cent higher than the previous year, which also set a record for the number of leavers from the city’s eight government-funded universities with 2,212 early departures. 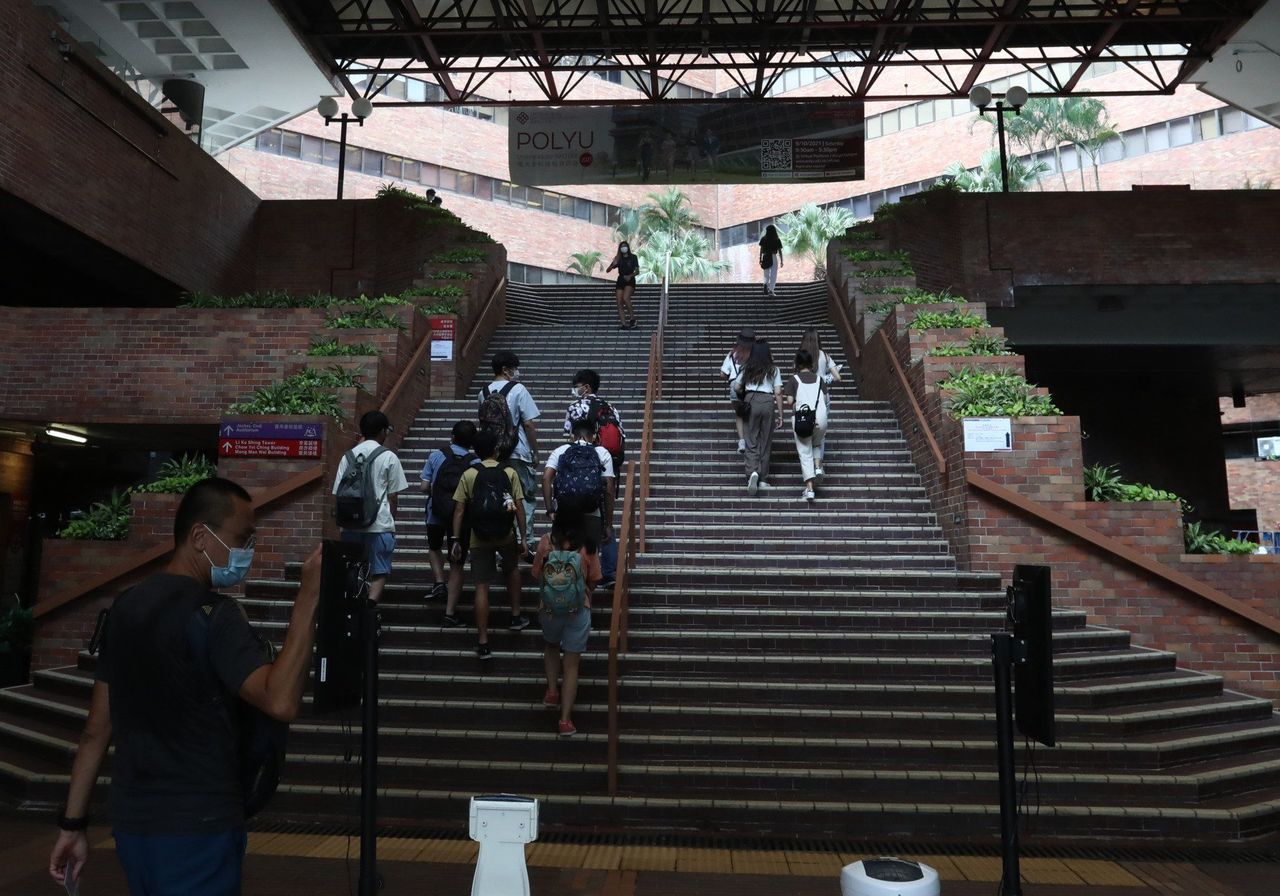 Polytechnic University’s campus in Hung Hom.
Alan Wu Wai-kuen, a third year undergraduate and the student representative on Polytechnic University’s (PolyU) governing council, said most of those who quit the institution had moved to Britain, Canada or Australia and some had accepted a better offer from other universities in Hong Kong.

He added that some had lost interest and given up on their studies altogether.

“Some of them left the city themselves while some went with their families … some students preferred going to other universities which have more relaxed regulations on students,” Wu, a former student union president, explained.

A PolyU spokeswoman said the dropout rate for students may be caused by changes of study plans, health concerns or family problems.

Countries such as Britain, Canada and Australia have introduced pathways to permanent residence for Hongkongers after the Beijing-imposed national security law came into force in June 2020.

There were 326 full-time students at three universities on government-funded sub-degree programmes who dropped out in 2021-22, 17 per cent of the total and up from the 301 leavers recorded for the previous year.

City University (CityU) had the biggest loss of undergraduates, at 448 students, 3.6 per cent, of its student body.

PolyU, the scene of some of the fiercest campus clashes in the 2019 unrest, was second, with 447 dropouts (2.9 per cent) compared with 346 students the year before.

The University of Hong Kong, the city’s oldest and the highest-ranking, had 427 students (2.5 per cent) leave early.

Chinese University had 358 student drop outs, 2.1 per cent of the total, but it and HKU had fewer who left without completing their courses than the year before.

Hong Kong University of Science and Technology recorded the biggest jump in the number of staff departures over the period, up to 56 from 24 the year before – a 133 per cent increase.

Lingnan University, which has the smallest academic staff count, lost 16 out of 139 teachers (11.6 per cent)

A spokeswoman for the university said “a normal flow of talent occurs every year” for several reasons, including retirement and expired contracts, and the departures did not affect teaching or learning at the institution.

A HKUST spokesman said academic staff had left the university because of completion of contracts, retirement or personal considerations.