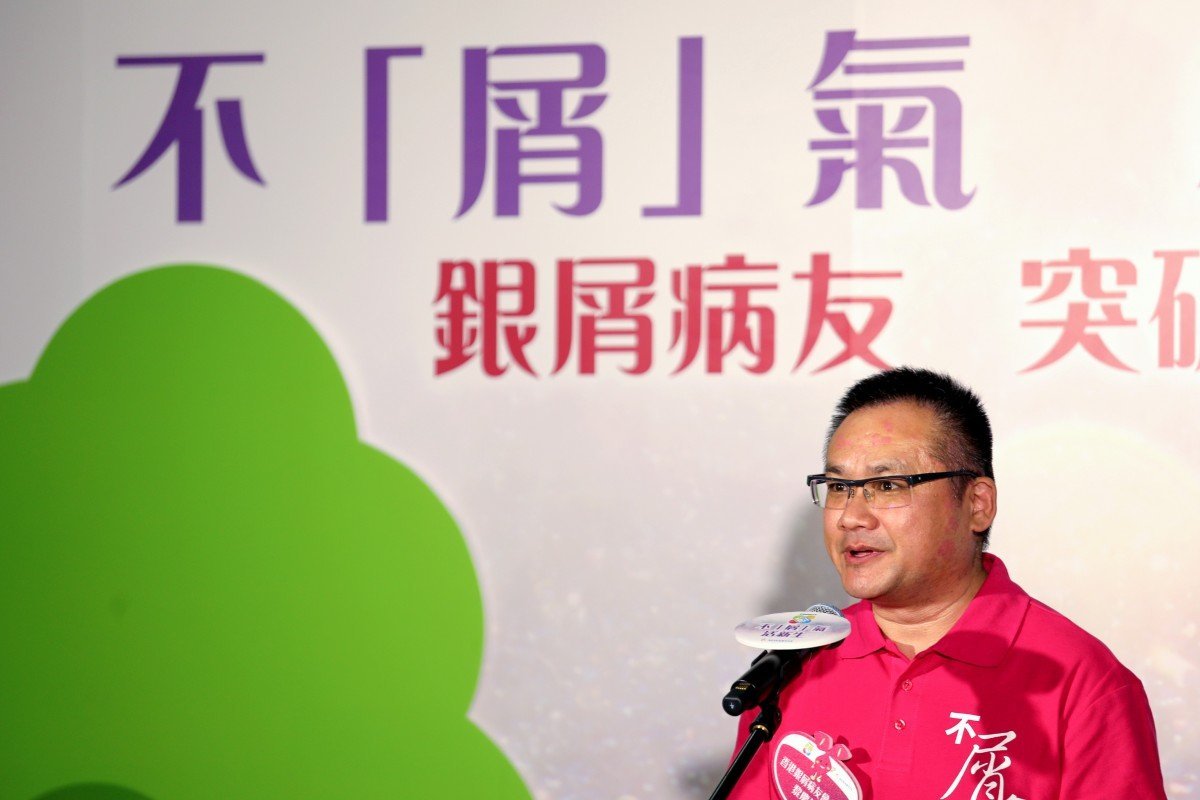 Patients suffering from psoriasis have urged the government to grant greater access to advanced treatments and offer more subsidies to help them afford the medication.

Between 20,000 and 40,000 Hongkongers suffer from the chronic, but non-contagious, disease, according to an estimate by the Hong Kong Psoriasis Patients Association. Aside from causing itchy and inflamed skin, psoriasis also comes with other health issues, including heart and joint problems, known as psoriatic arthritis, as well as mental health issues, such as depression.

“Psoriasis is not as simple as a skin disease. We hope that patients can receive comprehensive care including social welfare and financial aid so they can also focus on treating their condition,” association chairman Gary Lai Hing-kwan said on Sunday.

The association has also released a policy recommendation report calling on the city’s health authorities to lower restrictions on receiving advanced biologic therapy, which inhibits T cells – a type of white blood cell – in the immune system, thereby reducing the inflammation often associated with psoriasis.

Lai said that while the price of biologic therapy had fallen in recent years, it could still cost between HK$6,000 and HK$8,000 (US$1,000) a month. He said he also hoped the government could waive taxes on medicine for patients who were paying for it on their own without government subsidies.

A survey of 148 patients by the association found they spent, on average, HK$4,100 a month on medical expenses, with 40 per cent saying the figure was unaffordable.

Currently, through the public health system, patients are only referred to biologic treatment if they have been prescribed the highest possible dose of two types of oral treatments, and have a doctor certify the treatments did not work or presented serious side-effects.

A survey by the association, meanwhile, found more than 60 per cent of patients also suffered from other health and psychological problems.

“From traditional Chinese medicine to Western medicine, and all sorts of creams I tried on my own – none of those worked,” said one patient, who gave his name as Frankie. “Soon, the psoriasis spread over my whole body and affected my social life.”

Frankie, who was diagnosed in 1985, said he would be asked to leave swimming pools by lifeguards, who claimed his flaking skin would clog the pool’s pipes.

“It was also really itchy, and I would start bleeding after I scratched myself. Everywhere I went in public, people would stare; it was very uncomfortable,” he said.

The condition, and the discrimination he faced, soon led him to develop mental health problems, causing him to isolate himself from the world.

He also developed anxiety, and a heart condition that required two bypass surgeries. Eventually, he joined the Hong Kong Psoriasis Patients Association, where he learned his heart condition and mental health issues were all interlinked with his psoriasis.

He said he now lives a fuller life after undergoing counselling through government social workers, and continues to receive treatment for his heart problems. While he still suffers from psoriasis, he has learned to live with the condition.

“The government should proactively provide resources in terms of physical and mental health support,” he said.

“I hope my fellow patients can bravely face their illness and live with dignity.”
Add Comment