Hong Kong prosecutors are seeking to overturn the acquittals of 13 defendants prosecuted on rioting charges over their roles in the 2019 anti-government protests, including nine who have already left the city, telling an appellate court it is entitled to order retrials despite the suspects’ absence.

Prosecutors told the Court of Appeal on Tuesday that in clearing the 13 defendants in two riot-related cases, the District Court had erred in either wrongly applying the law or making incorrect findings of facts so serious that it warranted intervention from senior arbiters.

The 13 accused are among dozens of defendants whose acquittals are under challenge by the Department of Justice, after a landmark ruling by the Court of Final Appeal set out the criteria for proving offences of rioting or taking part in an unlawful assembly.

The judgment made clear prosecutors were required to prove a suspect’s participation, or a “participatory intent”, before proceeding with an allegation of taking part in a riot or unlawful assembly.

But defendants can still be convicted even if they have not been seen acting violently in demonstrations, if the court is satisfied they have encouraged others to join an illegal gathering through their protest attire, the protective equipment in their possessions, or a deliberate act to remain at the scene of unrest.

In the first case, five men and two women were cleared of rioting after the trial court found there was insufficient evidence to prove what they were doing before their arrests in Wan Chai on August 31, 2019, even though they had all dressed in black and were equipped with protective gear.

Social worker Jackie Chen Hung-sau, the eighth accused, was also acquitted as the court ruled prosecutors had failed to establish a prima facie case against her.

The second case, where three men and two women faced a joint charge of conspiracy to take part in a riot, also ended in the defendants’ favour.

In clearing all five suspects, the trial court highlighted the lack of evidence showing the purported link between the defendants’ alleged plan to cause a disturbance during a protest on October 1, 2019, and an array of dangerous items found in a Wan Chai flat hours before the demonstration.

Both cases were tried before Judge Sham Siu-man, who has since retired, before the top court’s ruling.

The Court of Appeal on Tuesday heard that nine of the 13 defendants, including all five accused in the second case, had left Hong Kong since their acquittals and had been put on a police wanted list.

A major dispute surrounding the two appeals centres on the court’s jurisdiction over calling for retrials in the defendants’ absence, as criminal procedures stipulate that an appeal against a defendant’s acquittal can only be initiated after a notice of the application is “duly served” on the accused. 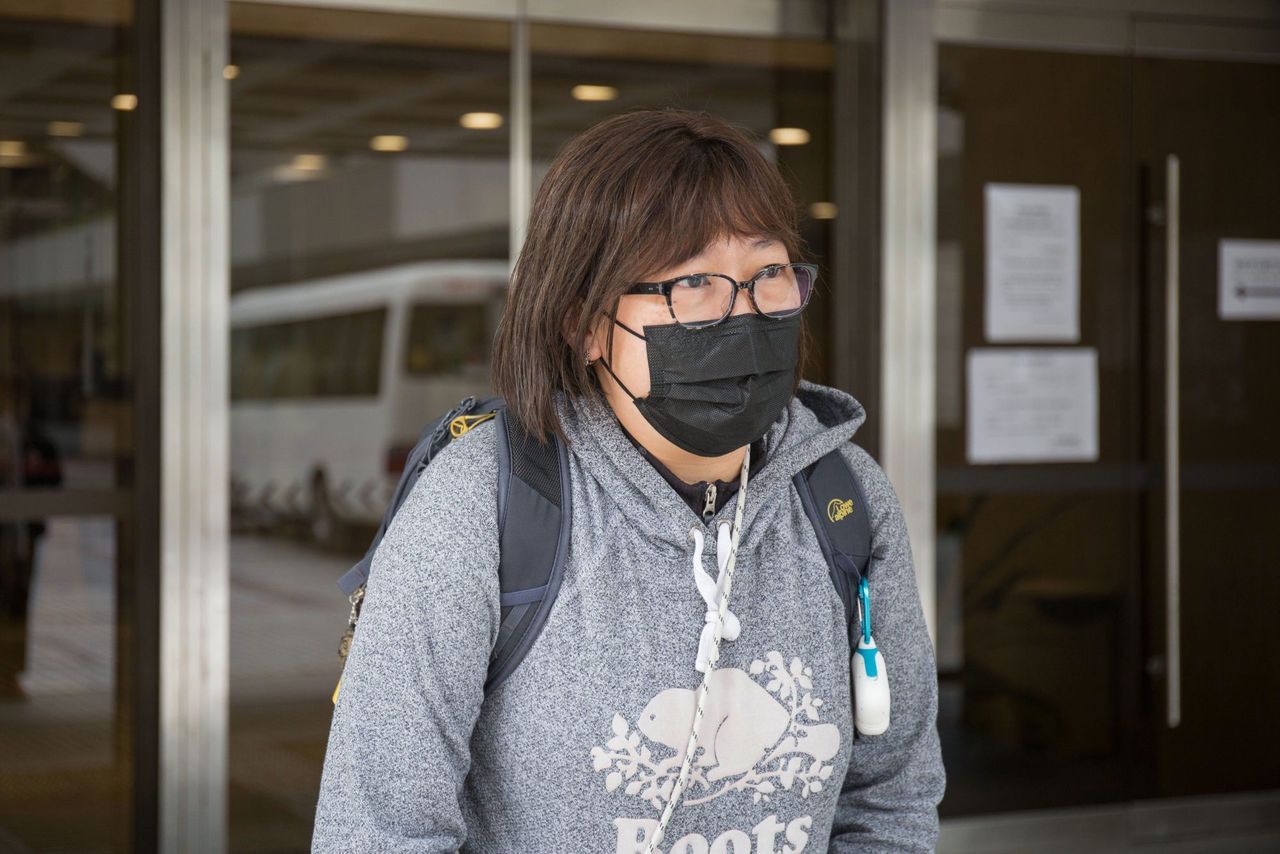 Social worker Jackie Chen leaving court on Tuesday.
Prosecutor Ivan Cheung Cheuk-kan argued the court could exercise its discretion to order the appeals to proceed by taking into account the circumstances leading to the prosecution’s failure to deliver the notices to those outside jurisdiction.

Chief Judge of the High Court Jeremy Poon Shiu-chor shared the sentiments and pointed out the “procedural irregularity” might not necessarily prejudice the nine or do them injustice.

The prosecutor said Judge Sham, in his findings in the trial court, had made “very clear” mistakes in clearing the 13 of their respective charges.

He said social worker Chen, for instance, had “assisted and abetted” the riot in Wan Chai by speaking to police through a microphone and calling for officers to “calm down”, and Sham, despite his doubts on the strength of the evidence, should have at least found a prima facie case against her.

The appellate court will continue to hear oral submissions from parties on Wednesday before handing down a verdict.