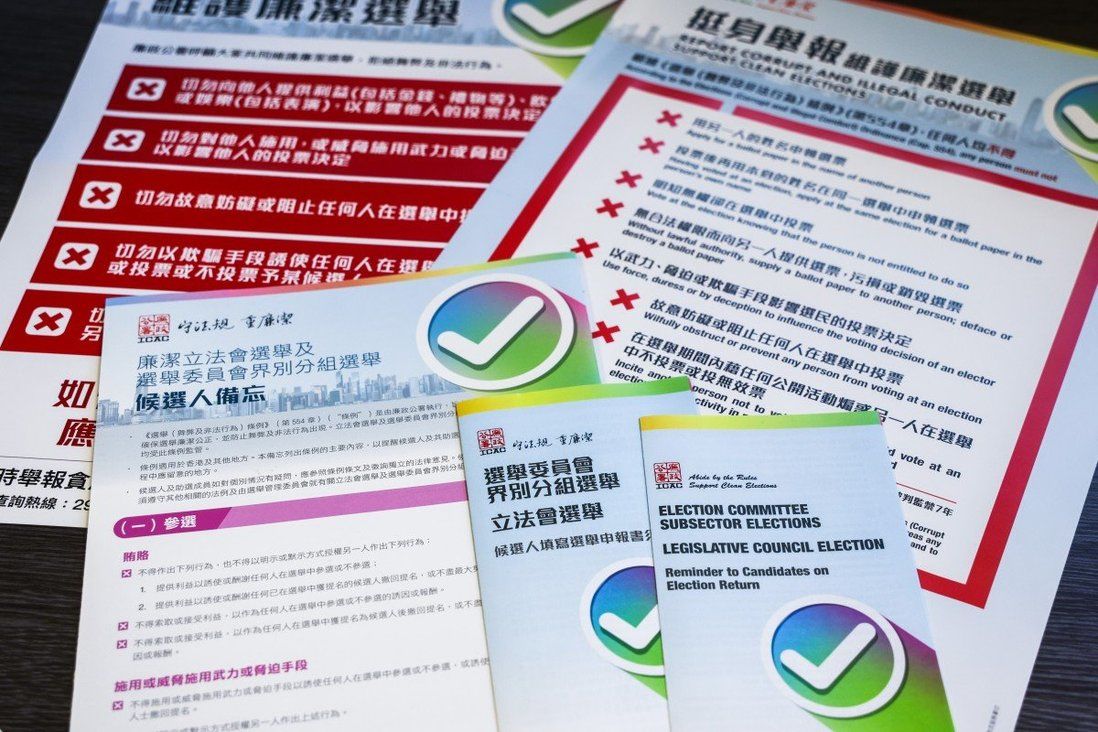 The Public Opinion Research Institute will on Tuesday announce results of its first-round poll on coming election.

A Hong Kong polling institute has pressed on with a survey of voter enthusiasm among members of the public over the coming Legislative Council election, despite claims by a pro-Beijing group that the move is prohibited under recent legal changes.

The Public Opinion Research Institute (Pori) will however not come up with popularity rankings for Legco candidates in the lead-up to next month’s election, citing budget constraints. It will be the first time the agency, founded by Dr Robert Chung Ting-yiu, a former chief pollster at the University of Hong Kong (HKU), has dropped the practice since Britain returned the city to China in 1997.

Observers and politicians across the spectrum are expecting a low voter turnout for the December 19 race, the first for the legislature since Beijing’s overhaul of the city’s electoral system, with the opposition camp boycotting the poll, saying the rule changes were designed to stifle dissent.

The Hong Kong government had earlier made it a criminal offence for people to encourage voter boycotts of elections, or spoil ballots as a form of protest against Beijing’s shake-up.

On Monday, Chung Kim-wah, deputy head of Pori, told an online talk show his group had proceeded with its plan to conduct three rounds of public opinion polls tracking people’s intention to vote, with results from the first phase to be released on Tuesday.

Respondents were asked about their political stances, and whether they would cast votes or leave their ballot papers blank, he said.

“A simple methodology we’ve adopted is to provide all options to electors … We are not advocating for anyone to cast blank votes,” Chung added. “We know well that [conducting polls] these days can be controversial … but we hope to shoulder our social responsibility as a pollster to conduct surveys in a scientific and democratic way.”

The foundation cited the newly amended Elections (Corrupt and Illegal Conduct) Ordinance that stipulated it was illegal for anyone to incite another person in any way that would render the ballot paper invalid at an election. The group did not elaborate on why it deemed Pori’s poll to be in breach of the law.

“What they are trying to do is to reflect public sentiment. I can’t see how such academic research correlates to ‘inciting others to commit illegal acts’,” said Char, who appealed to the pro-Beijing group to cite any legal precedents.

Barrister Albert Luk Wai-hung also said it would be highly unlikely for Pori to be in violation of the law if they had only collected data through a survey.

“If the prosecution wants to make a case, it must prove that organisers are using the surveys as an excuse to push their hidden agenda,” Luk said, suggesting the situation would not be problematic for the pollsters unless they had previously advocated publicly for an election boycott.

Another polling organisation, the Hong Kong Research Association, which has been accused by the opposition of siding with Beijing-friendly forces, published its first-round survey results last Wednesday on the same election. It asked respondents about their likelihood of voting, without mentioning the option of leaving ballot papers blank.

About 54 per cent of the 1,067 respondents said they would cast their ballots, with 28 per cent indicating otherwise, while 15 per cent were undecided.

He attributed the move to budget constraints amid shrinking donations and the absence of commissions from media outlets that used to partner with the group in producing election coverage.

Chung stressed his group was not under “political pressure” to fold, adding executive director Robert Chung did not face any threats.

Police raided the office of Pori in Wong Chuk Hang earlier this year over its role in designing and setting up a website and app used for an unofficial opposition primary last year. Prosecutors had deemed that race a plot to subvert state power.

A total of 47 opposition activists have been charged – with most subsequently remanded in custody – over their organisation and participation in the primary, aimed at narrowing their ranks down to the most suitable candidates to run for Legco.