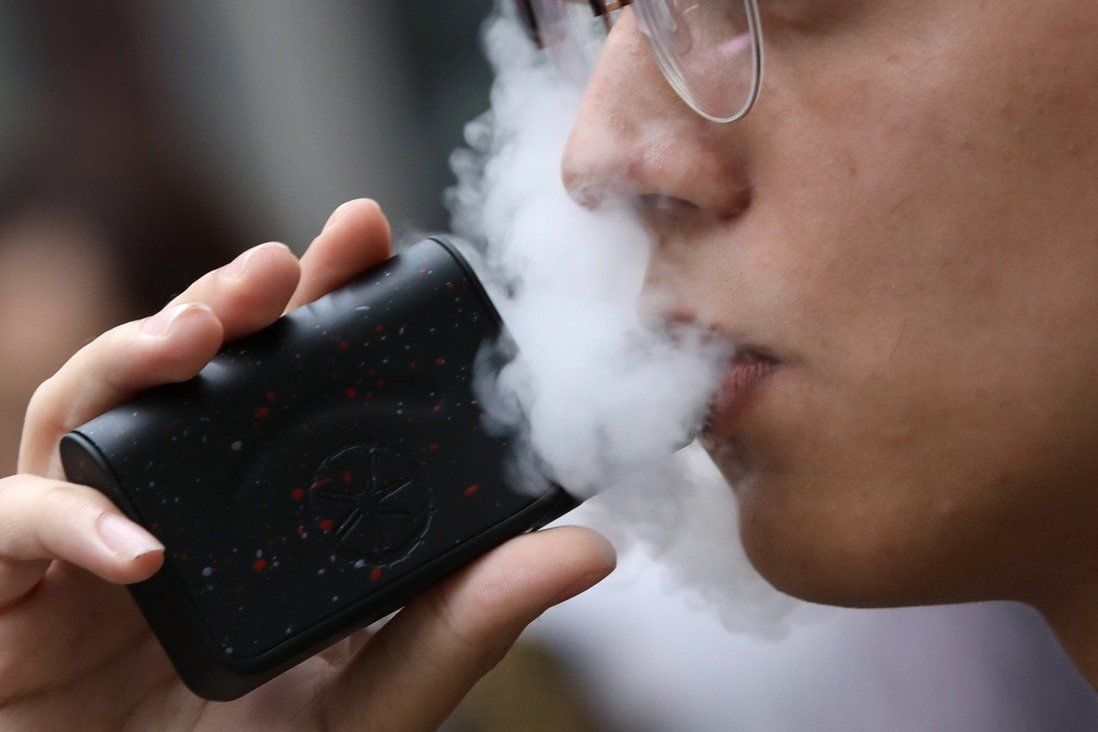 Two suspects, aged 28 and 31, are being held on suspicion of selling electronic cigarettes after police raided a mobile retail outlet in Mong Kok.

Hong Kong police made their first arrests under a law banning the sale of electronic cigarettes after two men were allegedly caught with the items on Wednesday.

The suspects, aged 28 and 31, remained in custody as of Thursday. They were being held on suspicion of selling and possessing a poison in Part 1 of the Pharmacy and Poisons Regulations, as well as selling alternative smoking products.

The law, which came into effect on Saturday, bans the import, sale and manufacture of electronic cigarettes, heated tobacco products and herbal cigarettes, with offenders subject to a maximum fine of HK$50,000 (US$6,370) and six months’ imprisonment. Consumers are still allowed to smoke vape gadgets.

Acting on intelligence, police and officers from the Department of Health on Wednesday raided a mobile retail outlet in Mong Kok suspected of selling alternative smoking products.

A department spokesman said it was committed to implementing and enforcing the new legislation.

“The government appeals to smokers to quit smoking as early as possible for their own health and that of others,” the department said.

Secretary for Food and Health Sophia Chan Siu-chee on Saturday said the government would monitor a trend in smuggling alternative smoking products, while law enforcement agencies would also observe and investigate any illegal sale or manufacture of such products, as well as take decisive enforcement actions against such activities.