Police warn young residents are being increasingly targeted by such scams, with more than 65 per cent of victims aged 30 and below.

More than 700 “naked-chat blackmail” cases were reported in Hong Kong during the first half of 2022, up 43.6 per cent from the same period last year, with the youngest victims being only 12 years old, police said on Friday.

The force also warned that young people were being increasingly targeted in the scams, with more than 65 per cent of victims found to be aged 30 or under.

The scams involve perpetrators enticing victims into disrobing during video chats, before using the secretly recorded footage as blackmail by threatening to circulate the video online or send it to the target’s relatives and friends.

“In the first half of this year, there were 708 reports of naked-chat blackmail cases, which is an increase of 43.6 per cent compared to the same period last year,” said Raymond Lam Cheuk-ho, acting chief superintendent of the cyber security and technology crime bureau.

Superintendent Wilson Tam Wai-shun, also of the bureau, attributed the rise in cases

to an increase in the use of technology during the coronavirus pandemic, as well as the growing popularity of social media platforms.

Police highlighted that the youngest victims were 12 years old, who were involved in separate cases. One was duped into giving scammers HK$5,000 (US$637), while the other lost HK$800.

The force also announced that it had worked with mainland Chinese authorities to neutralise a naked-chat blackmail syndicate based across the border as part of a seven-month cyber clean-up operation code-named “Rollthunder”, which targeted botnets and the servers that controlled them. 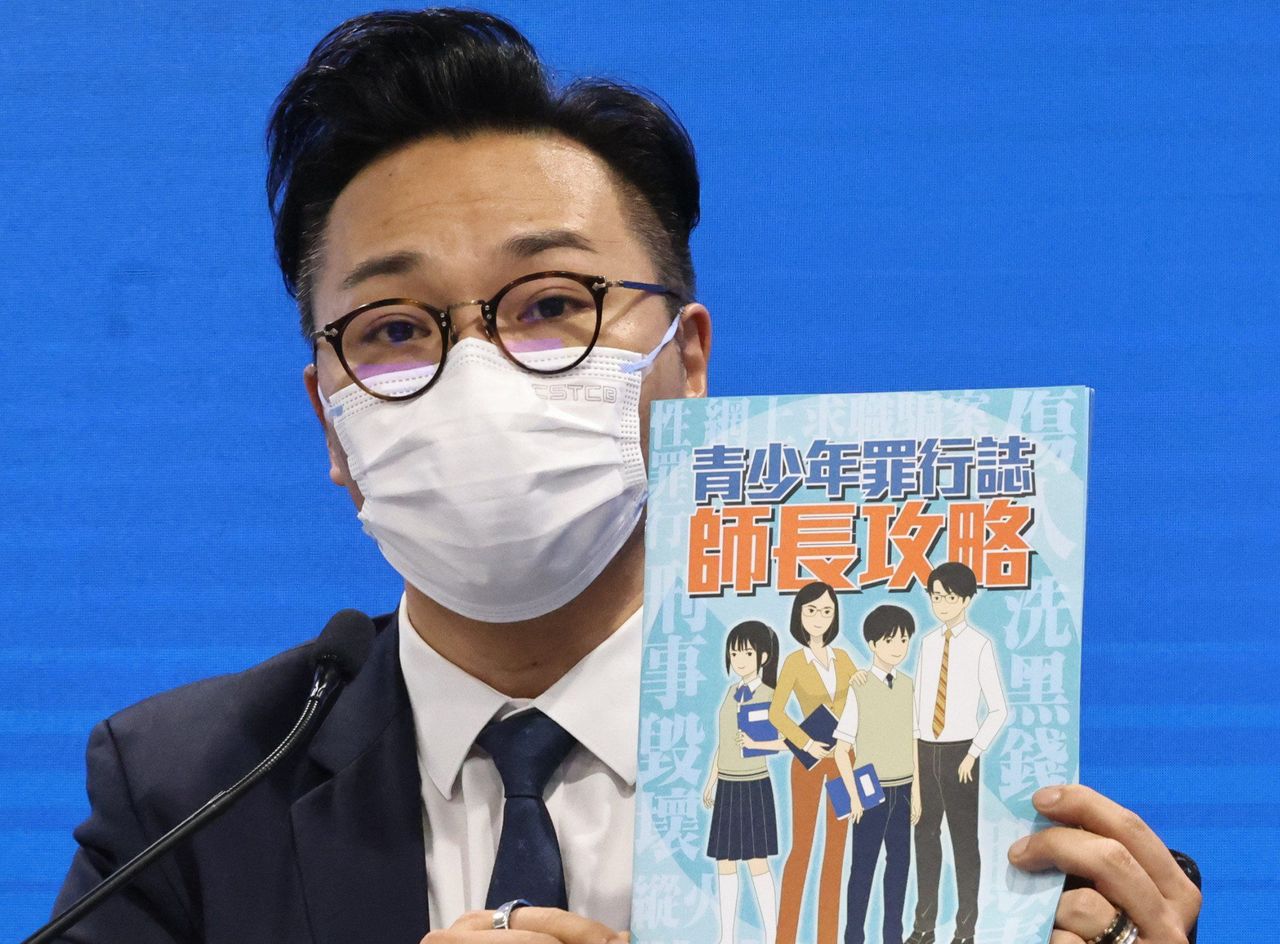 A botnet is a collection of devices connected to the internet that are infected with malicious programmes and can be controlled as a whole without user knowledge.

Following an exchange of intelligence between local and central authorities, police in Jiangxi province arrested 12 men aged 18-30, which included the suspected leader of the group and its core members.

According to the force, the group was believed to have been involved in at least 31 such cases of naked-chat blackmail in Hong Kong, with the victims losing a total of HK$366,500 as a result of the scams.

The scammers received the money from the victims in the form of gift cards, police said.

One man was blackmailed into forking out his life savings of HK$220,000, the highest individual amount lost as a result of the scams. The victims were aged between 18 and 54.

A total of 23 command and control servers, 2,203 affected devices and 2,083 phishing websites were identified during the operation.

Hong Kong police seized six of the servers, which were based in the city, but further investigation revealed that one was controlled by scammers on the mainland and used to store the contact details stolen from victims’ phones using malware.

The information was used to blackmail victims, the force explained, as scammers would threaten to send any nude photos or videos to their friends and family.

Police added that they believed the syndicate was also involved in at least 19 similar scams in Malaysia and Singapore and that the cases had been referred to Interpol.