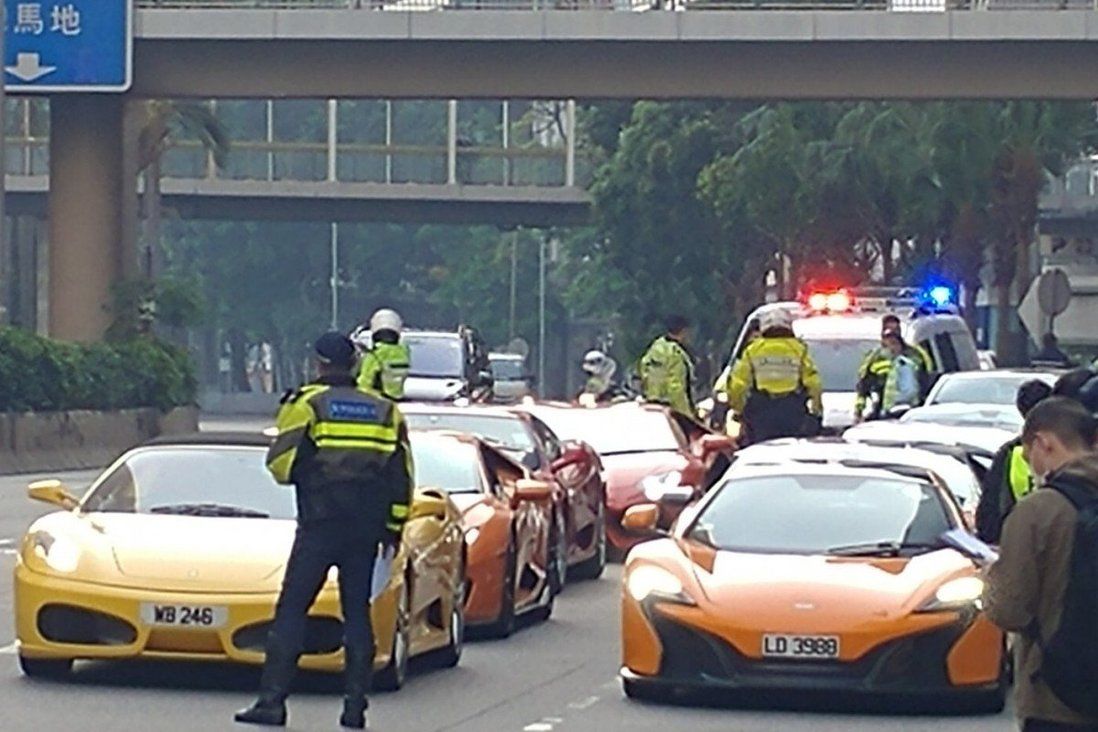 Police on Sunday intercepted a fleet of 45 luxury sports cars including Ferraris, Lamborghinis and Porsches over suspected illegal racing on Hong Kong Island.

Officers said one of the vehicles pulled over was towed away during the 7am operation, code-named “Fossington”, on suspicion it had been illegally modified.

“Officers found a number of cars were driving westbound at a high speed along the Island Eastern Corridor expressway. Subsequently, officers intercepted 45 private cars on Gloucester Road off the old Wan Chai police station,” police said in a statement.

The surreal scene of luxury sports cars parked up on one of Hong Kong’s busiest thoroughfares quickly went viral online as passers-by and drivers posted pictures on social media. 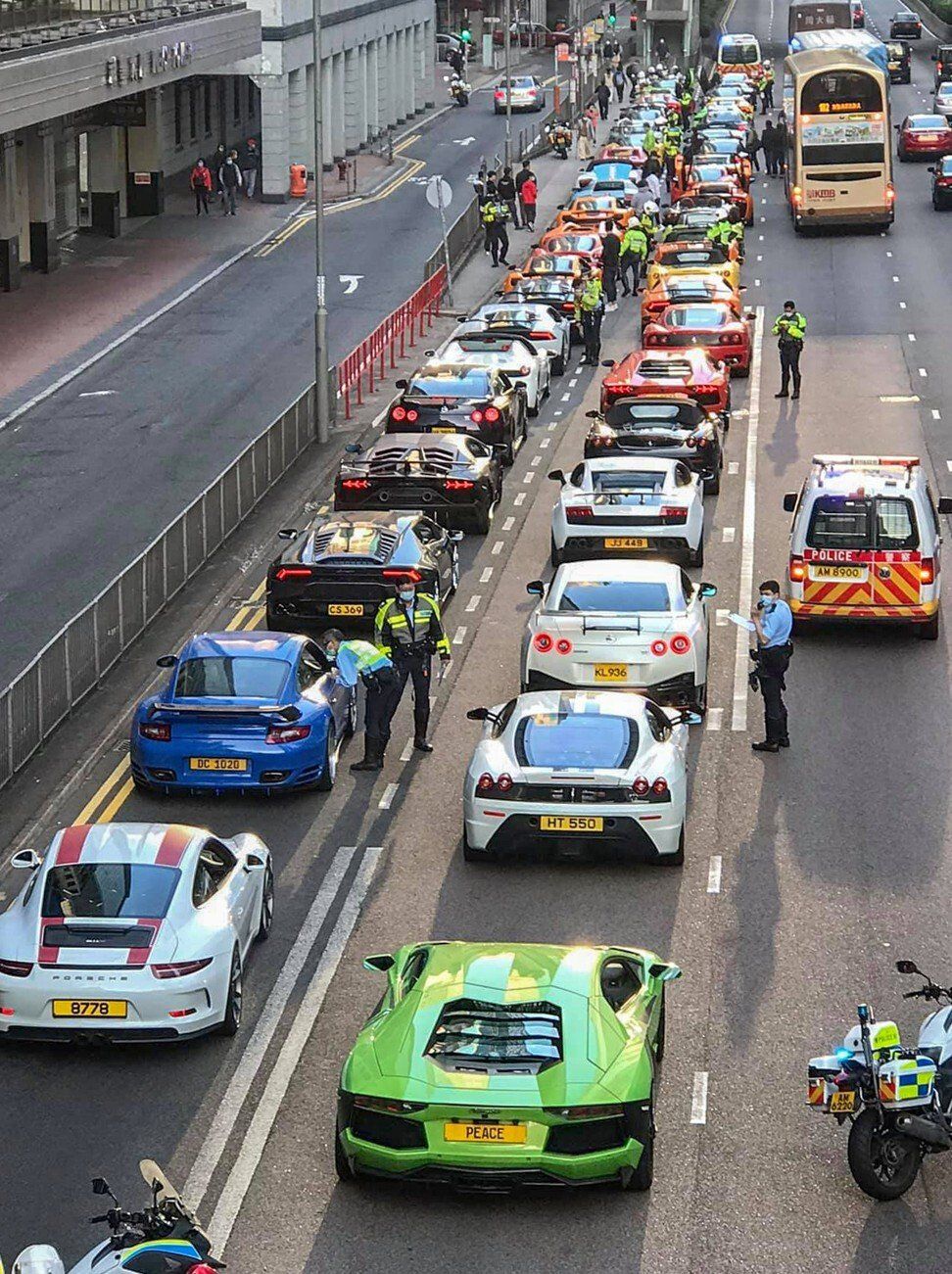 Officers found a number of cars were driving westbound at a high speed along the Island Eastern Corridor expressway.

Officers are believed to have recorded information on the drivers.

A Nissan GT-R sports car was later seen being towed away, while others were allowed to go.

A police spokesman said no one was arrested during the operation.

Eastern district councillor Derek Ngai Chi-ho, of the Civic Party, said residents living near the expressway had complained of noise believed to have been caused by racing cars.

“It had been going on for some time, and was especially more serious after midnight or in the small hours during weekends or holidays. The problem was raised in district council meetings too,” Ngai said.

Police said they would continue to conduct stringent enforcement actions against offenders to safeguard road safety.