Hong Kong police have arrested a 43-year-old man on suspicion of sedition after he allegedly played a song popular during the anti-government protests in 2019 near the city’s British consulate as mourners paid tribute to the late Queen Elizabeth.

The suspect was accused of playing “Glory to Hong Kong” on a harmonica opposite the diplomatic mission in Admiralty on Monday night, according to a law enforcement source. As of Tuesday afternoon, he was still being held for questioning, according to the force.

On Monday evening, dozens of mourners gathered at the consulate to pay their final respects to the queen, with some viewing the funeral together on tablets. 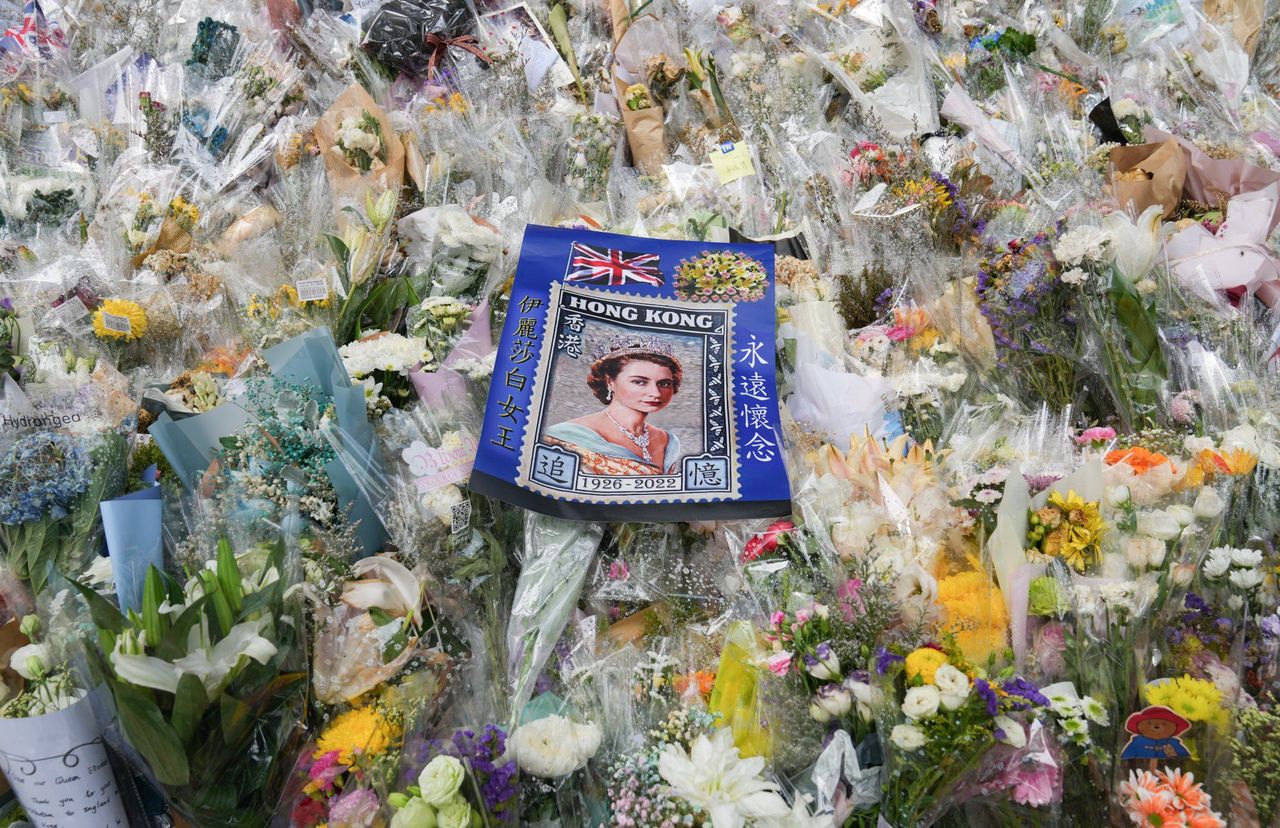 People leave tributes to Queen Elizabeth outside the British consulate in Admiralty.

At around 8.15pm, some of them with their mobile phone flashlights illuminated were spotted singing “Glory to Hong Kong” and yelling slogans that were popular during the social unrest.

The slogans included “Hongkongers add oil”, a Cantonese expression of encouragement, and “Liberate Hong Kong, revolution of our times”, both regularly heard during the months of social unrest.

The singing and chanting lasted for a few minutes and stopped before the police arrived.

A black-clad man was seen being intercepted by police for an identity check before being put into a police vehicle and driven away.

Just before 3pm on Tuesday, police said that a 43-year-old man was arrested on suspicion of committing an act with seditious intent on Supreme Court Road in Admiralty at 9.30pm on Monday.

The offence of sedition, introduced by the city’s former British rulers, is part of the Crimes Ordinance, and carries a maximum penalty of two years in prison and a HK$5,000 (US$640) fine for a first conviction.

The Court of Final Appeal has classed the offence as one capable of endangering national security.

The song – which speaks of struggle, solidarity and freedom – quickly became one of the unofficial anthems of the city’s anti-government protests. 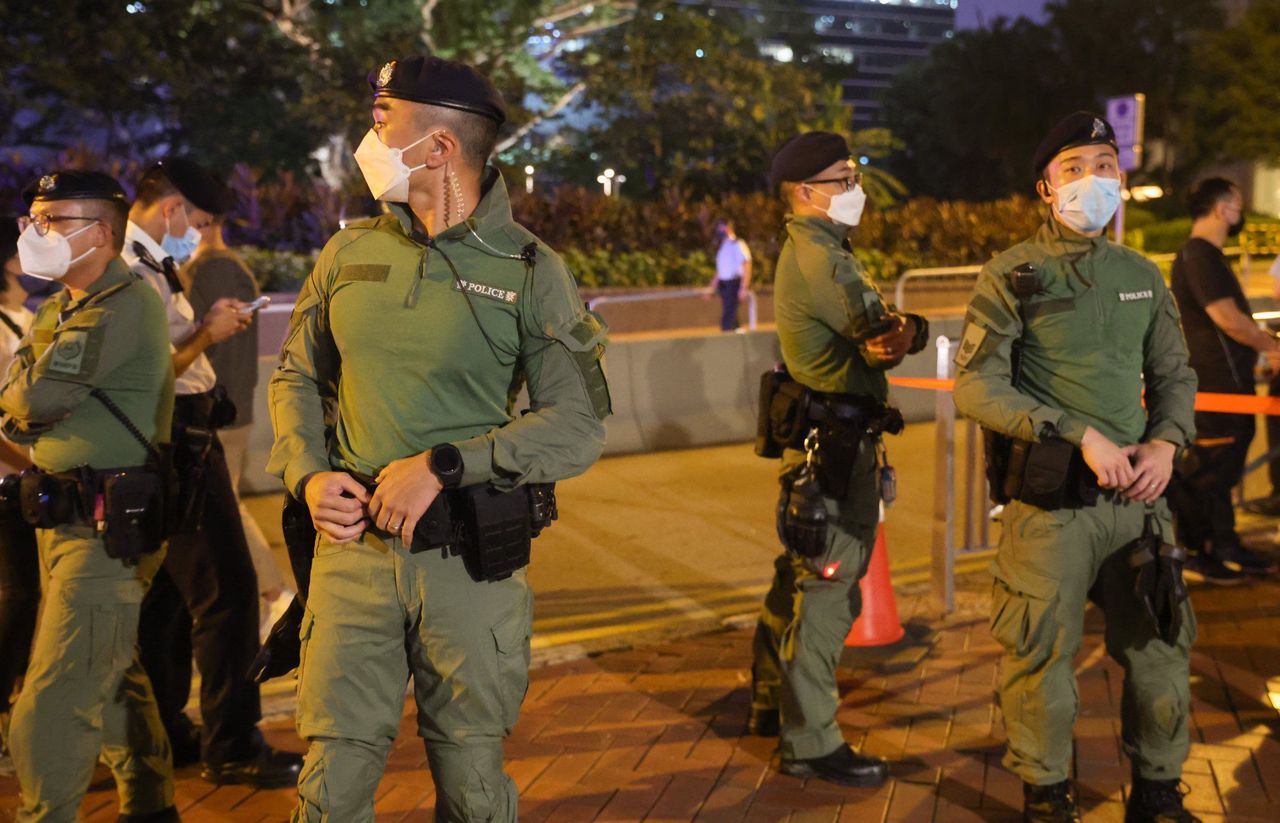 The song’s lyrics include “Liberate our Hong Kong” and “Revolution of our times” – the slogans which are deemed as a violation of the national security law by local authorities.

In July, 2020, Secretary for Education, Kevin Yeung Yun-hung, said in a written reply to lawmaker Ip Kin-yuen that “Glory to Hong Kong” contained strong political messages and was closely related to the violence and illegal acts that lasted for months.

“Therefore, schools must not allow students to play, sing or broadcast it,” he said. Yeung is now the city’s secretary for culture, sports and tourism.

Beijing imposed the national security law on Hong Kong in June 2020 to ban acts of secession, subversion, terrorism and collusion with foreign forces.

As of June 30, 2022, police had arrested 201 people in connection with the national security law and over half of them have been charged.