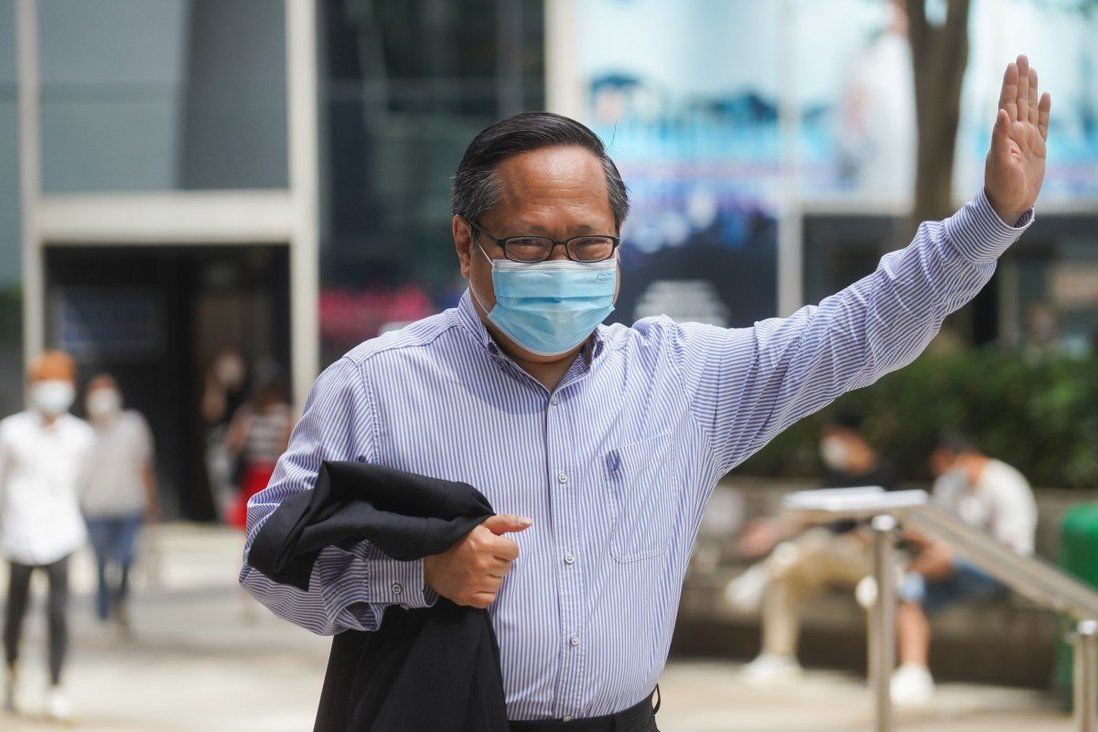 A veteran leader of Hong Kong’s opposition camp has announced his resignation from three prominent political groups, days after he was charged under the national security law.

Former Democratic Party chairman Albert Ho Chun-yan said on Monday he would step away from the Hong Kong Alliance in Support of Patriotic Democratic Movements of China – which organised the annual June 4 Tiananmen Square vigil – the New School for Democracy, and the China Human Rights Lawyers Concern Group, which he co-founded.

Ho did not elaborate on why he was leaving. 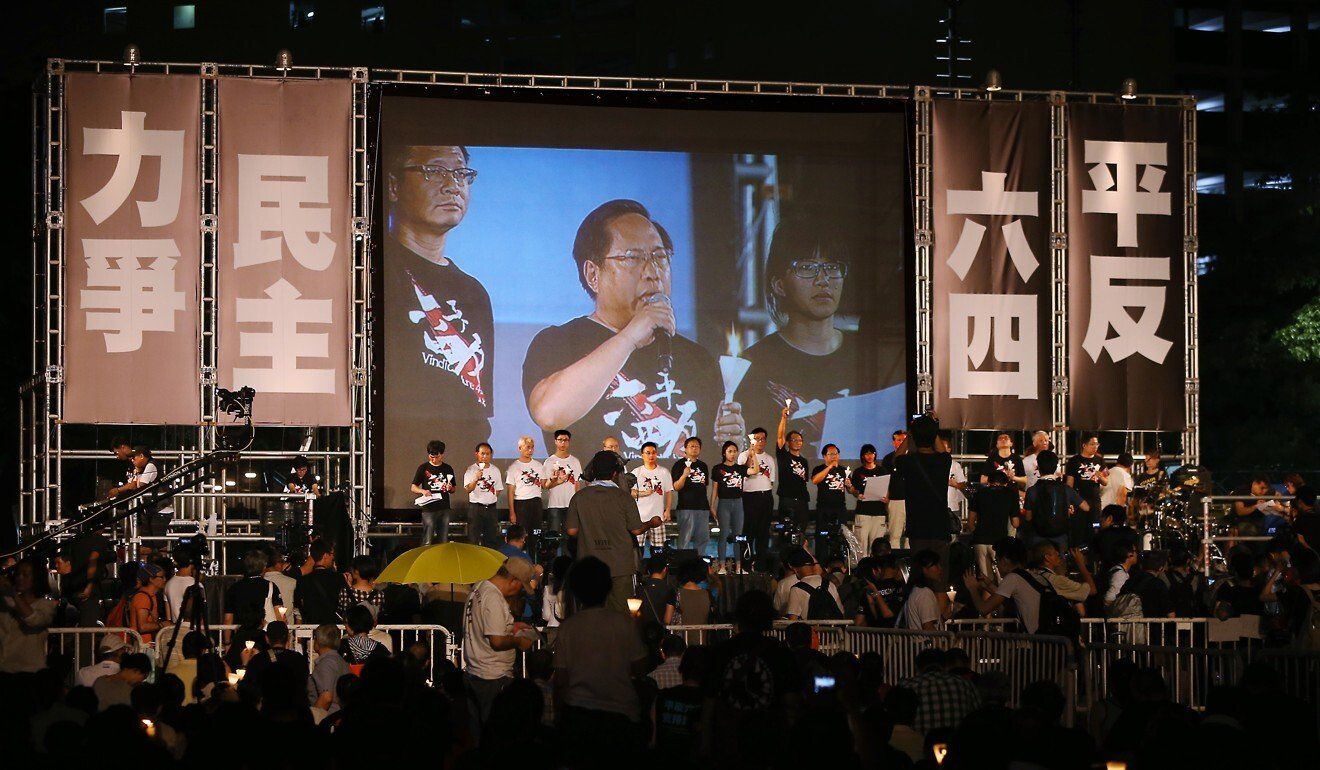 Albert Ho is shown a screen along with other members of the Hong Kong Alliance in Support of Patriotic Democratic Movements of China at Victoria Park on June 4, 2016.

Ho, a vice-chairman of the alliance, and two other leaders were charged with inciting subversion under the national security law last week. He is serving 18 months in jail for organising and inciting others to take part in an unauthorised assembly on Hong Kong Island on October 1, 2019.

Earlier this month, he was handed a fresh jail term of 16 months for his role in an illegal procession in Tsim Sha Tsui on October 20.

Ho, a solicitor by profession, is well-known for backing human rights movements on mainland China, campaigning for Beijing’s right to the Diaoyu Islands – which Japan also claims – and seeking redress for victims of Japanese war aggression in China.

Ho co-founded the United Democrats of Hong Kong in 1990, which later merged with Meeting Point to become the Democratic Party in 1994.

He served as a lawmaker from 1995 to 2016, but took a one-year hiatus in 1997 when Beijing established a provisional body to take over the city’s legislative affairs following the handover from Britain. He was also the chairman of the Democratic Party from 2006 to 2012.

In 2010, Ho and the party took part in closed-door negotiations with Beijing officials and struck a compromise on a path for political reform in Hong Kong.

Some allies and supporters slammed the secret talks as a betrayal and he bore the brunt of their criticism. Some vowed to unseat the party’s candidates in the following year’s district council elections.

But Ho remained adamant that the Democrats made the right decision as the move helped to create 10 extra seats in the Legislative Council, at least half of which the camp managed to secure.

Prior to going to jail in May this year, Ho told the Post he remained hopeful and encouraged opposition politicians to carry on with their struggle despite persistent defeat.