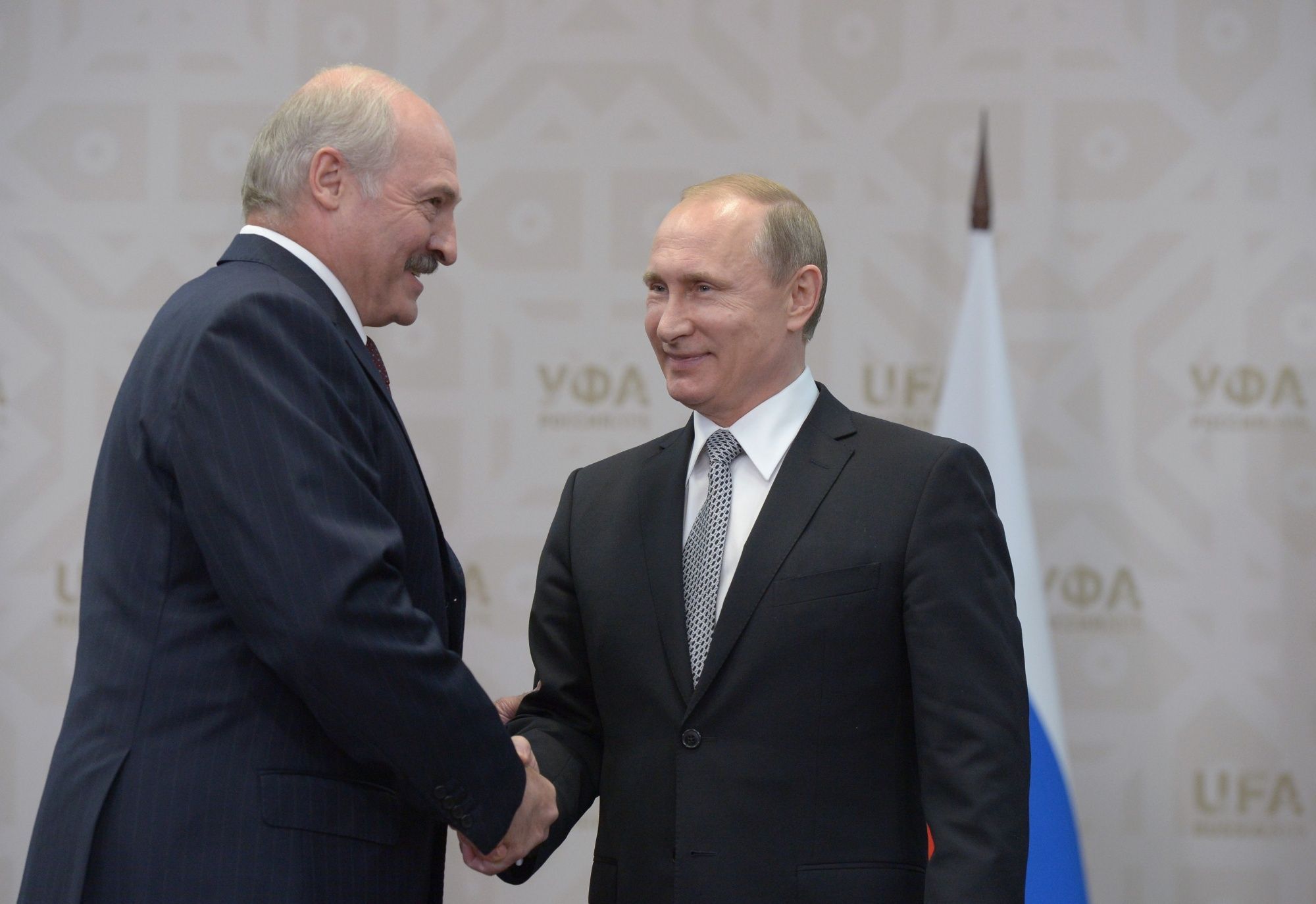 Hong Kong Offers a Glimpse of One Belarus Future

Under pressure since claiming victory in a disputed election last month, and facing demonstrations that show no sign of fading, Lukashenko has turned to Vladimir Putin for succor.

Moscow sees its smaller neighbor as a crucial, Russia-friendly buffer with Europe, and has no desire to see a popular uprising result in genuine democracy.

Belarus’s leader, meanwhile, needs financial fortification and a hint of military support. Lam, too, received solace in Beijing last year during months of tumult and after a painful local election defeat. Both got what they wanted: a televised display of support to appease elites and security forces at home.

From the start, the crowds in Minsk learned from Hong Kong’s broad-based, leaderless campaign. They, too, were making demands of a system ill-equipped to compromise.

The current stalemate between the opposition and Lukashenko looks familiar. Could Hong Kong, then, offer a hint of what may be next for Belarus, as the leadership digs in? It’s a path that includes more aggressive tactics by police and protesters, more government efforts to silence opponents, and economic stagnation.

There are pronounced differences between the two. Hong Kong, after all, is a Chinese autonomous territory and a financial center with a penchant for laissez-faire capitalism. Belarus is an independent country in the heart of Europe with many Soviet traits.

Hong Kong’s demonstrations were triggered by efforts to preserve the former colony’s freedoms; marchers on the other side of the world were demanding a change from the status quo.

Yet both are pro-democracy movements under the shadow of a superpower. Hong Kong’s endgame provides a glimpse of one possible future.

In the first instance, this would include increasingly tough tactics as the government compensates for lost legitimacy. In Hong Kong, violence escalated as protests dragged on, Lam remained unmoved and police began to deploy tear gas and water cannon.

Eventually huge quantities of gas were used, along with rubber bullets and even live ammunition.

A Hong Kong-style escalation in Belarus would probably require the government to perceive a greater threat: say, if widespread strikes resumed in tandem with protests. That isn’t impossible.

The past weeks’ demonstrations have been relatively peaceful, after the beatings and rubber bullets of the first days after the August presidential election, yet arrests continue and masked special forces police are pulling people off the street.

Support from a muscular power removes the incentive to meet halfway, and Lukashenko has already hounded out or jailed all opposition leaders. Maryia Rohava of the University of Oslo points out that officials are going to great lengths to remove symbols, like the white-red-white flags associated with the opposition, or painting over protest murals.

That’s familiar to Hong Kong, where Lennon Walls have been scrubbed and a television director was pressed to quit this week after rubber gloves were displayed in a sitcom in a way that hinted at a protest slogan.

The former British colony shows that such crises offer the opportunity for the protecting nation to step in more forcefully. Beijing has tightened its grip, as seen with the passing of a national security law for Hong Kong.

Minsk’s predicament is more complex. Lukashenko needs Putin’s support, but with few alternatives the Kremlin also needs him, says Nigel Gould-Davies, a former British ambassador to Belarus who’s now with the International Institute for Strategic Studies. The shape of a closer union and intervention is still unclear, but dependence links will be tighter.
Add Comment