Hong Kong’s No 2 official has condemned The Wall Street Journal over an editorial on the city’s recently concluded financial summit, calling the commentary by the New York-based international daily “ill-intended and gravely biased” and an insult to many of the globally renowned participants.

Arguing that the newspaper had a malicious intent to demonise the Global Financial Leaders’ Investment Summit at all costs, Chief Secretary Eric Chan Kwok-ki on Saturday defended the three-day mega event, billed as the curtain-raiser for Hong Kong’s grand reopening to the world.

The editorial, titled “Wall Street’s Hong Kong Kowtow” and published on Thursday, centred on American participation at the event, accusing attendees of being “used as prop by Hong Kong officials to revive the city’s reputation as a commercial centre amid their continuing purge of all dissent, and the destruction of a free press and independent judiciary”. 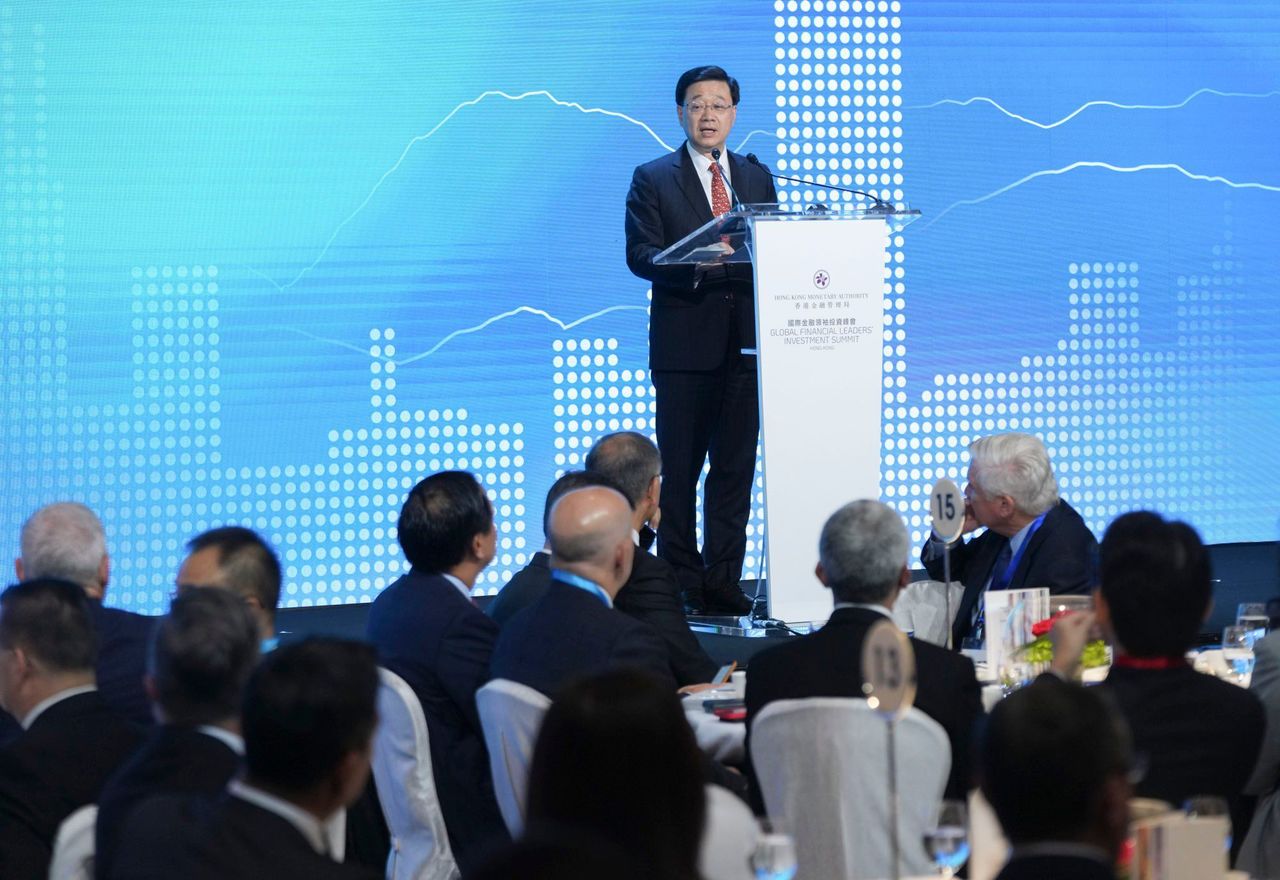 The editorial also cited Chief Executive John Lee Ka-chiu in his opening speech at the summit on Tuesday as saying “Hong Kong always bounces back, better than ever”, arguing Lee “wants everyone to imagine that nothing has changed in the formerly free city where British contract law used to prevail”.

It added that declarations of judicial independence and freedom of speech, the press, and assembly in Hong Kong “are now enshrined and protected in name only”.

The piece also hit out at the city’s national security law, citing online magazine ChinaFile in pointing out the arrests of at least 213 people under the legislation.

“The US Treasury sanctioned Mr Lee in 2020 for his role in Hong Kong’s crackdown. Did the execs mention the US sanctions to their hosts? Even once? Or were they afraid that their business licences in the territory might be in jeopardy? … Maybe someone in the next Congress should ask the execs to appear and explain why they kowtowed to Mr Lee.”

In his complaint to the editor on Saturday, Chief Secretary Chan said the November 3 editorial was a “brazen demonstration of disrespect for all these financial leaders who meant business”.

“Despite the malicious intent of your editorial to demonise an international financial and economic event at all costs, nothing could be further from the truth. Attended by more than 200 international and regional leaders from around 120 global financial institutions, the summit was a resounding success,” he wrote.

The No 2 official said contrary to the paper’s “ideological prejudices”, participants of the summit were able to exchange insights, meet local staff, reconnect with their long-term clients and build relationships with new ones.

“We believe all fair-minded investors and businesspeople would make objective judgments and rational decisions based on Hong Kong’s reality and their interests in the city,” he wrote. “They would not be influenced by any skewed media report or political meddling that smears Hong Kong and our motherland at every turn.”

Chan offered reassurance that Hong Kong was a society governed by the rule of law where lawbreakers would be held accountable after due process, and said the government particularly took strong exception to the “absurd and misleading allegations” against the city’s national security law.

He signed off by saying that authorities would continue to uphold the rule of law steadfastly and safeguard national security lawfully and dutifully, with the city welcoming and encouraging investors, businesspeople, talent and tourists from around the world to come and see the real Hong Kong and explore the tremendous opportunities that awaited.

Before the summit was held last week, Chan had already hit out at American politicians who threatened to sanction bankers for attending the summit, saying such warnings showed the West would exploit any means to suppress the progress of the city and the rest of the nation.

Chan’s complaint letter was the latest of its kind penned by city officials against foreign and local media outlets.

On Thursday, the Security Bureau wrote a letter expressing “deep regret” over “a misleading and fact-twisting commentary” published by Chinese-language newspaper Ming Pao on the government’s decision to ban cannabidiol, commonly known as CBD, from February next year.

Last month, the force also wrote a letter of complaint to Ming Pao that voiced “strong concern” about what it said was “misleading” content in a newspaper cartoon that showed riot police being called to a school to handle unruly pupils.

Back in December and January, officials had condemned The Wall Street Journal twice over two editorials, one on the crackdown on online portal Stand News, the other a piece about the Legislative Council election.