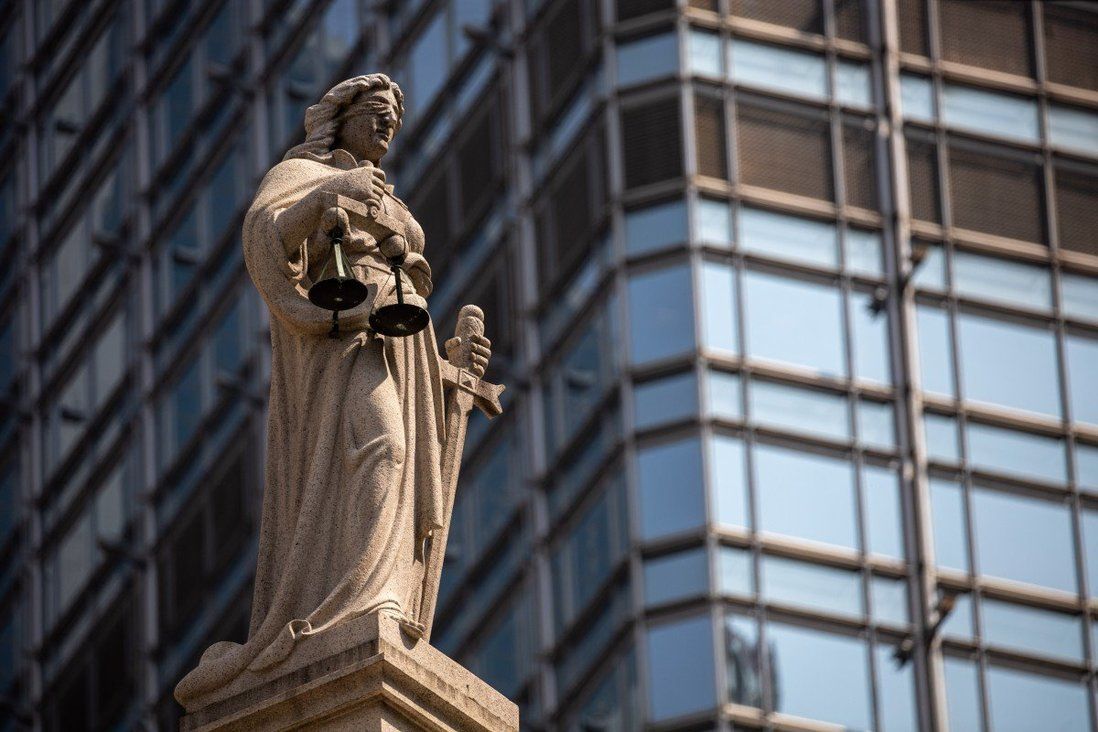 Hong Kong can look towards Britain and mainland China where there are specific legal frameworks for statutory compensation, enhancing criminal justice.

After China revised its Criminal Procedure Law in 2013, coerced confessions, even if true, are no longer admissible at trial. This followed the exclusionary rules adopted in 2010 by the Supreme People’s Court to guide courts and provide safeguards for suspects.

Wrong convictions are devastating for the individual and bring criminal justice into disrepute. Although this can happen in even the most careful of legal systems, its chances are minimised if high standards of proof are adopted, as in Hong Kong.

In mainland China, since the 2013 reforms, prosecutors must support each fact on which they rely with evidence, ensure evidence is legally admissible, and establish their case beyond a reasonable doubt. Serious attempts have also been made to review convictions based solely on confessional evidence. Shocking instances of wrongful conviction have been discovered, which the authorities have not sought to conceal.

Last August for example, Zhang Yuhuan, 53, who had served 27 years in prison in Jiangxi province for the murder of two boys in 1993, and who had always claimed the police forced him to confess, was freed because of deficiencies in the evidence against him. This was after prosecutors advised the court of inconsistencies in his “confession”. 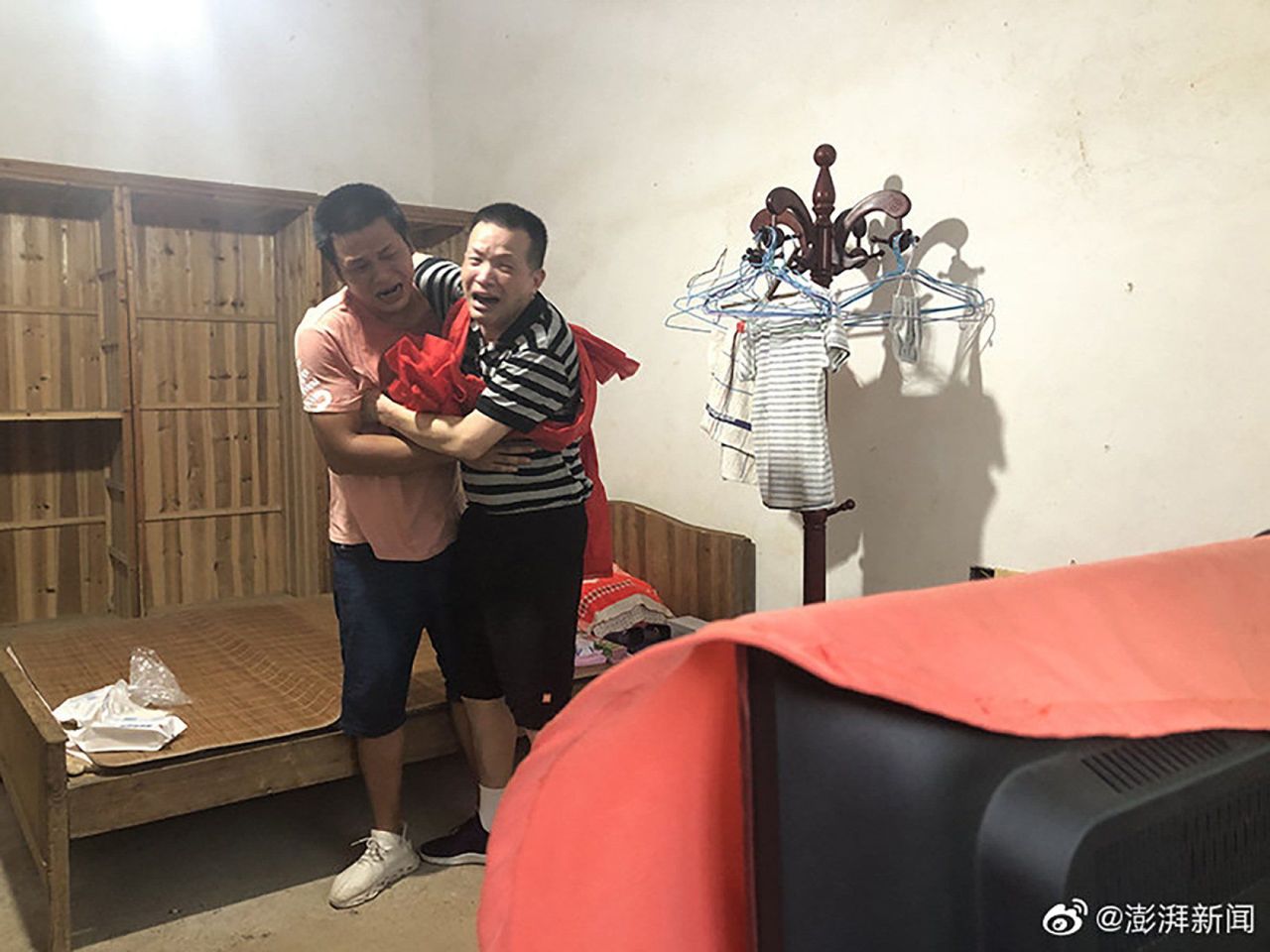 Zhang Yuhuan tearfully hugs his son after being released from jail.

On October 20, the state awarded Zhang 4.9 million yuan (US$749,000) in compensation, the largest sum ever awarded to a victim of wrongful imprisonment. Zhang has said that “I can’t buy back 27 years of my youth” but the money should at least facilitate his reintegration into society.

Zhang was able to obtain compensation under China’s State Compensation Law, enacted in 1994 and updated in 2010.

The law highlights the “mental injury” arising from the infringement of the claimant’s rights, contains guidance on making a claim, and requires the authorities to “make an apology and pay appropriate consolation money if the infringement causes serious consequences”.

It is applicable where state organs or functionaries “infringe upon the legitimate rights and interests of the citizens [ …] thereby causing damage to them” (Article 2). Various types of misconduct are encompassed, including unlawful detention, loss of personal freedom, and deprivation of rights by unlawful means (Article 3).

On March 25 this year, the Supreme People’s Court issued a judicial interpretation, expanding on compensation rights. Mental anguish now attracts up to 50 per cent of the compensation for loss of liberty, from 35 per cent previously.

This ceiling can also be exceeded in “extremely serious” situations, such as wrongful detention of more than 10 years or where health suffered during incarceration.

The deputy director of the court’s compensation office, Wang Zhenyu, explained that the changes were designed not only to enhance people’s sense of justice when seeking compensation for mental anguish, but also to highlight respect of human rights. 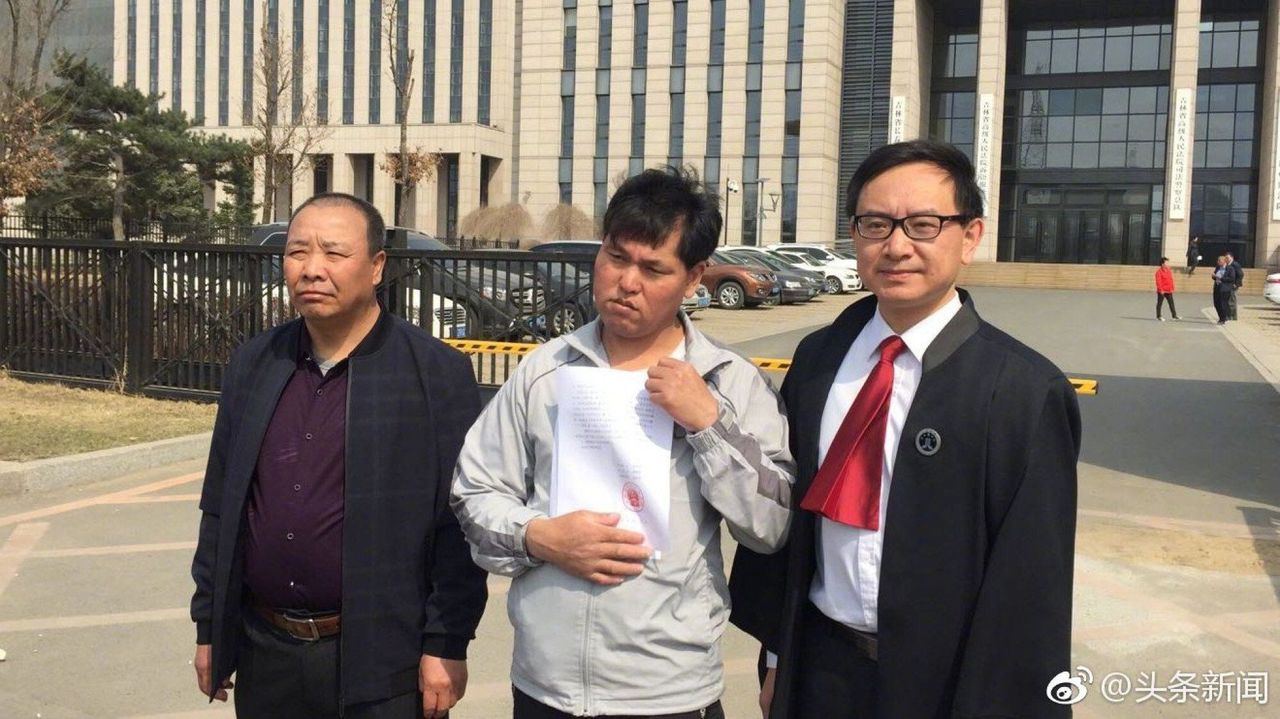 Liu Zhonglin (middle) was awarded a record 1.9 million yuan for “mental harm” in 2019 by the Liaoyuan Intermediate People’s Court, after he was wrongfully convicted of murder and served 25 years in jail.

In Hong Kong, there is no specific compensation law nor general entitlement to recompense for wrongful conviction. It may be denied, for example, if the conviction was quashed on a technicality, or if the victim contributed to the misfortune, perhaps by withholding evidence.

The Bill of Rights Ordinance provides that if somebody’s conviction is quashed after new facts show “there has been a miscarriage of justice, the person who has suffered punishment as a result of such conviction shall be compensated according to law, unless it is proved that the non-disclosure of the unknown fact in time is wholly or partly attributable to him” (Article 11).

However, no statutory framework has been created to give effect to this, as in mainland China, and out-of-court settlements are sometimes made.

The government may make an ex gratia payment, but only in exceptional circumstances. These might arise if a claimant has spent time in custody following a wrongful conviction or charge resulting from serious default by the police or other public authority, or where the custody was due to the wrongful act of a judge or magistrate, although this is normally dependent on the judiciary itself recommending it during the appeal process.

If a claim for compensation against the government cannot be satisfactorily resolved, it will need to be adjudicated upon by the courts, like any other civil claim.

A claim for compensation is made to the Department of Justice, with the solicitor general being solely responsible for the final decision. If necessary, outside legal advice is sought. If a claim is considered meritorious, the secretary for financial services and the Treasury decides the payout.

Although details of individual awards are not normally released, the Legislative Council was informed in 2003 that, over a 16-year period ending that year, there had been five cases of wrongful imprisonment, with two being settled out-of-court and three attracting ex gratia settlements.

These cases included the 110 Vietnamese refugee claimants wrongfully detained when they had no intention of staying in Hong Kong, and who received an out-of-court settlement of HK$9 million (US$1.2 million) in 1992.

Although wrongful conviction cases are, mercifully, quite rare, a statutory compensation scheme for victims, as in the mainland, has much to commend it.

In Britain, the Criminal Justice Act 1988 also provides those wrongfully convicted with detailed guidelines on the making of claims, criteria applicable to their determination, and assessment of quantum.

If a legislative scheme of that sort can be adopted in Hong Kong, it will greatly benefit potential claimants, and also enhance criminal justice, by stipulating objective criteria, providing clarity over arrangements often shrouded in secrecy, and placing the whole system in the public domain.