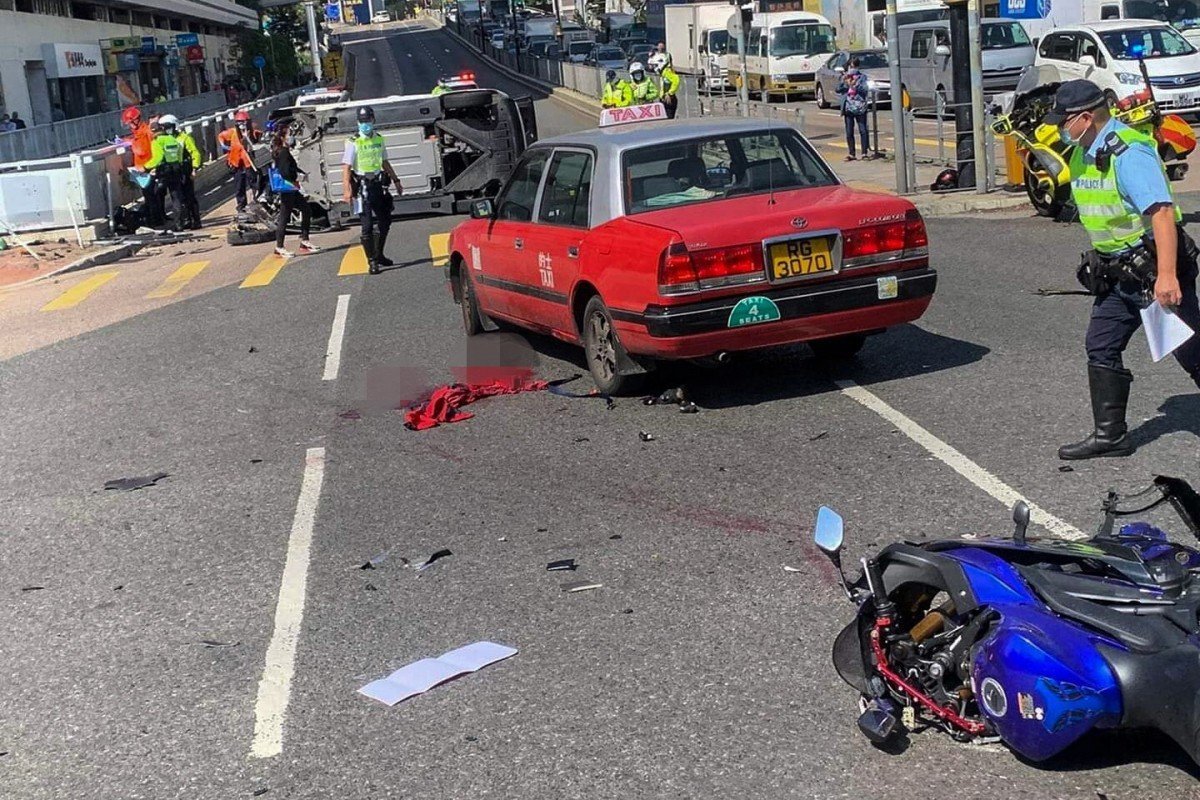 Online video shows a white BMW slamming into the motorcycle at the junction of Yuen Wo and Sha Tin Rural Committee roads.

Police are investigating whether an electric car was trying to speed through a red light when it slammed into a motorcycle at a busy intersection in Hong Kong on Wednesday, killing the motorcyclist.

Officers arrested the man behind the wheel of the BMW for dangerous driving after the crash took place at the junction of Yuen Wo Road and Sha Tin Rural Committee Road outside Lek Yuen Estate in Sha Tin shortly before 11.30am.

An online video shows the white BMW slamming into the motorcycle as it enters the intersection, sending the overturned bike careering into a taxi and the motorcyclist rolling across the junction. The BMW comes to a stop after colliding with what appears to be a railing set up for road work and toppling onto its side.

After the collision, the 33-year-old motorcyclist was found lying motionless beside the taxi, several metres away from his bike.

A police spokesman said the motorcyclist suffered serious head injuries, and was taken unconscious to the Prince of Wales Hospital, where he was certified dead around 12.30pm.

The driver of the car managed to climb out of the vehicle before emergency personnel arrived. Police arrested him on suspicion of dangerous driving causing death.

As of Wednesday afternoon, the man was being held for questioning and had not been charged. Officers from the New Territories South traffic unit are handling the case.