A Hong Kong man trafficked in Thailand and later hoodwinked with the offer of a clerical post with a salary of just HK$10,000 (US$1,274) proved job scams in Southeast Asian countries were not just advertised with suspiciously large salaries, a lawmaker said on Monday.

Elizabeth Quat, of the Democratic Alliance for the Betterment and Progress of Hong Kong, said the victim, who is in his 30s and had approached her for help, went to Thailand in July after he was hired for a high-paying casino job, but fled after he discovered it was a scam.

But the legislator explained the man could not immediately return to Hong Kong because he was unable to book a quarantine hotel, so tried to get another job in the area and was offered a clerical post with such a low salary he believed it could not be a scam.

“When he went to work, he found out it was a fraudulent job again and asked to leave. The staff said they would drive him back to the city but as soon as he got in the car he was kidnapped and imprisoned for more than 20 days,” Quat said.

“There were gunmen stationed at the scene, making it difficult to escape.”

Quat added that the man was later sold to another criminal enterprise in Myanmar, where he was forced to say that he had volunteered to work there.

She said the swindlers asked the victim’s family to pay a ransom of at least HK$100,000 several times, but were unsuccessful.

“The victim heard that some people had their fingers cut off because they refused to work,” she added.

The man was still imprisoned at the site and he suspected there were soldiers armed with guns there, Quat said.

“He is scared every day and he didn’t want to bring trouble to his family. However, if he stayed, he would be sold to another place or forced to become a criminal tool of the gang and his life would be worse than death,” she said.

“He asked the government and the Chinese Ministry of Foreign Affairs to help him urgently.” 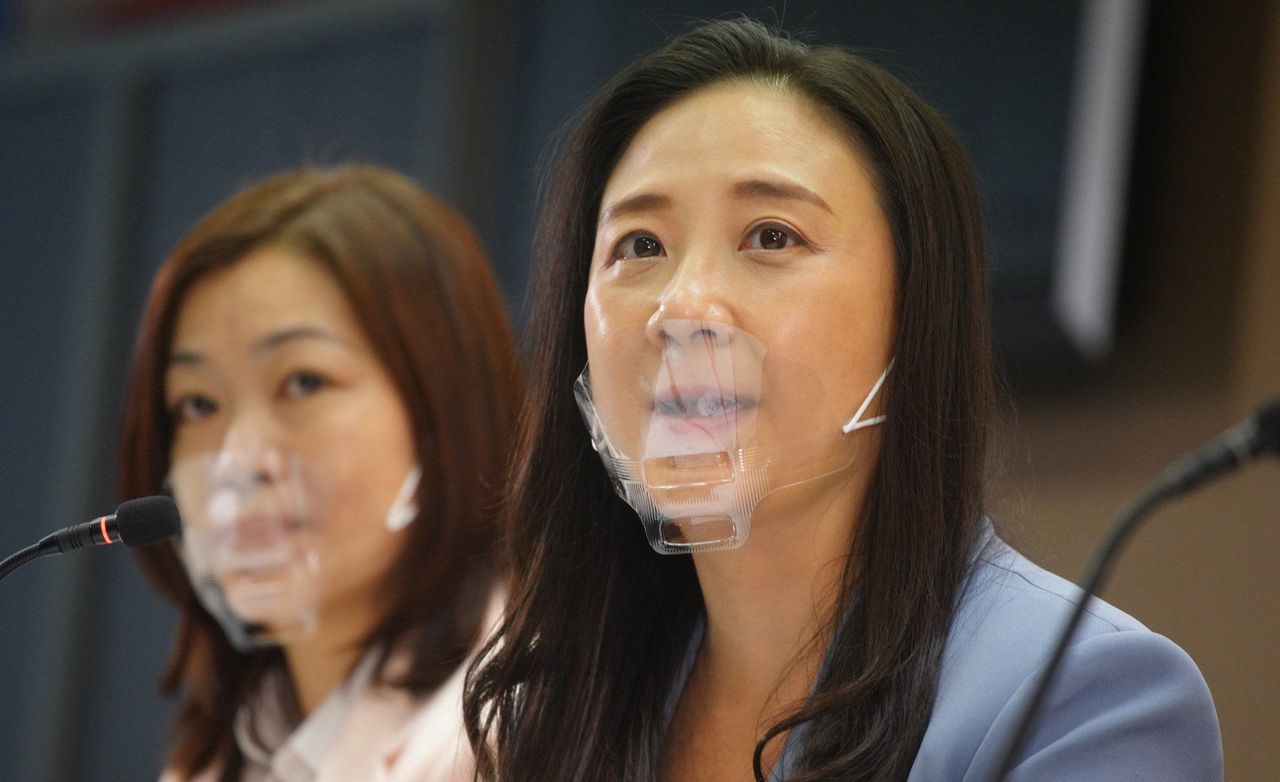 Local authorities have so far received 43 requests for help in connection with human trafficking scams since January.

Some 28 of the victims have been confirmed to be safe, with 23 having returned to Hong Kong.

Three of the remaining 15 are in Myanmar and the rest are in Cambodia. Many of the cases involve employment scams.

A spokesman for the Security Bureau said another victim who had earlier asked for help from the Assistance to Hong Kong Residents Unit of the Immigration Department had returned from Thailand.

A total of 13 people who had asked for help had since returned to Hong Kong safely as a result of the work of the specialist task force, he added.

Many of the victims were lured to Southeast Asian countries, including Cambodia, Thailand, Myanmar and Laos, with offers of well-paid jobs and accommodation.

But their passports were seized on arrival and the victims were sold on to different groups and forced to work running phone or online scams.

The bureau also appealed to the public to contact the Immigration Department as soon as possible if they had information on anyone who may have fallen victim to a scam. The department’s hotline is 1868.

Cambodian news outlets have reported that a total of 19 Thai men and women had been released from captivity after they were passed information by the Thai embassy in the country.

The rescued people said they were illegally detained and forced to work, but officials found that 15 of them had criminal records for fraud and were wanted in Thailand.

Media reports explained all those rescued had Thai identification cards but no passports and that they had been smuggled into Cambodia through a small port on the border between the two countries.

Cambodian authorities have identified 87 cases of suspected human trafficking and rescued 865 people between January 1 to August 20, including people from Hong Kong.