The creator of a remix video that showed a Hong Kong athlete being presented with an Olympic gold medal with a protest soundtrack added in has denied insulting the country’s national anthem and insisted the clip was made to hone his editing skills.

Eastern Court on Thursday began examining the evidence against Cheng Wing-chun in the first trial under the national anthem ordinance, enacted in June 2020 to outlaw disrespect to “March of the Volunteers”.

The court heard Cheng, 27 and unemployed, replaced the correct music with an instrumental version of the anti-government song “Glory to Hong Kong” over footage of Tokyo Olympics fencer Edgar Cheung Ka-long being awarded a gold medal in July 2021.

Cheng denied insulting the national anthem and an ­alternative charge of desecration of the Hong Kong flag in connection with the 94-second YouTube video.

The protest song, written during the 2019 protests against a now-withdrawn extradition bill, appealed to people to fight for freedom and “Liberate Hong Kong” in a “revolution of our times”. 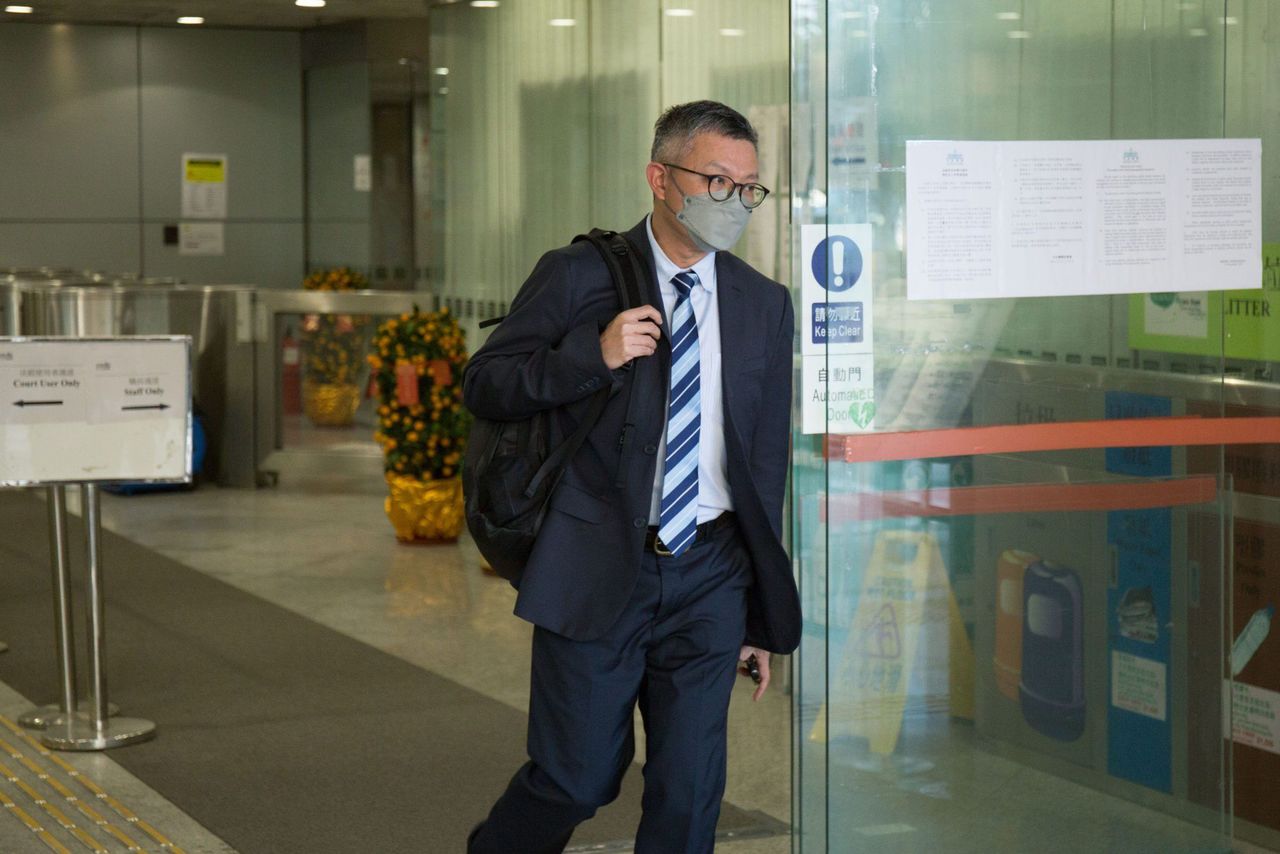 Station sergeant Tsui Chi-sing, of the police’s cybersecurity unit, leaves Eastern Court on Thursday after he was told his report on protest song “Glory to Hong Kong” will be admitted as evidence in a trial.
Timothy Yip Chi-hong, for the prosecution, said linking the medal presentation with the anti-government tune, even without lyrics, constituted an offence because of how the public would view the music and the circumstances of its creation.

“‘Glory to Hong Kong’ is a well-known protest song which advocates the liberation of Hong Kong and revolution. Even without lyrics, the melody itself still bears these symbolic meanings,” he told the court.

Cheng told police in a video-recorded interview he was unaware of the song’s significance when he published the altered footage on July 26, 2021, the day Cheung won the medal.

He claimed he was practising video editing at the time and picked the tune because it was an “inspiring” melody.

He added that he had changed the clip’s privacy settings after some viewers left insulting remarks about the work.

But Yip said the video was only “unlisted”, which meant it could not be found in a public search, and still remained accessible to people with a direct hyperlink.

The prosecutor also highlighted comments made on the post, which he said “intensified sentiments in favour of undermining the national anthem’s dignity or insulting the Hong Kong flag”.

Constable Li Ka-man, of the police cybercrime bureau, said there were people who had called for Hong Kong’s independence and its “liberation” in response to Cheng’s video.

“This is the song that belongs to Hongkongers”, one commenter wrote.

But Keith Fung Chun-wah, for the defence, said Cheng would dispute whether he harboured criminal intent when he released the edited footage.

Another point of contention for the defence involved the relevance of a police report on “Glory to Hong Kong” by police station sergeant Tsui Chi-sing, who said he had “expert knowledge” after he spent three weeks analysing the song.

Fung said the officer was not qualified to give evidence as a neutral witness as he had written the report to help the prosecution.

Fung dismissed the document as a summary of hearsay evidence and highlighted that Tsui had failed to take any steps to verify the truthfulness of the information he had gathered from the internet.

But Magistrate Minnie Wat Lai-man ruled Tsui could testify as an expert prosecution witness after she read his 100-page report.

Tsui will give evidence after the trial continues on March 29.

Insults to the national anthem are punishable by up to three years imprisonment and a HK$50,000 (US$6,390) fine. Desecration of the Hong Kong flag carries a maximum penalty of a year in jail and a HK$10,000 fine.

Online news reporter Paula Leung Yan-ling, the first to be convicted of a breach of the national anthem law, was jailed for three months last November.

Leung pleaded guilty to waving a Hong Kong flag from the British colonial era at a public broadcast of Cheung’s medal ceremony.