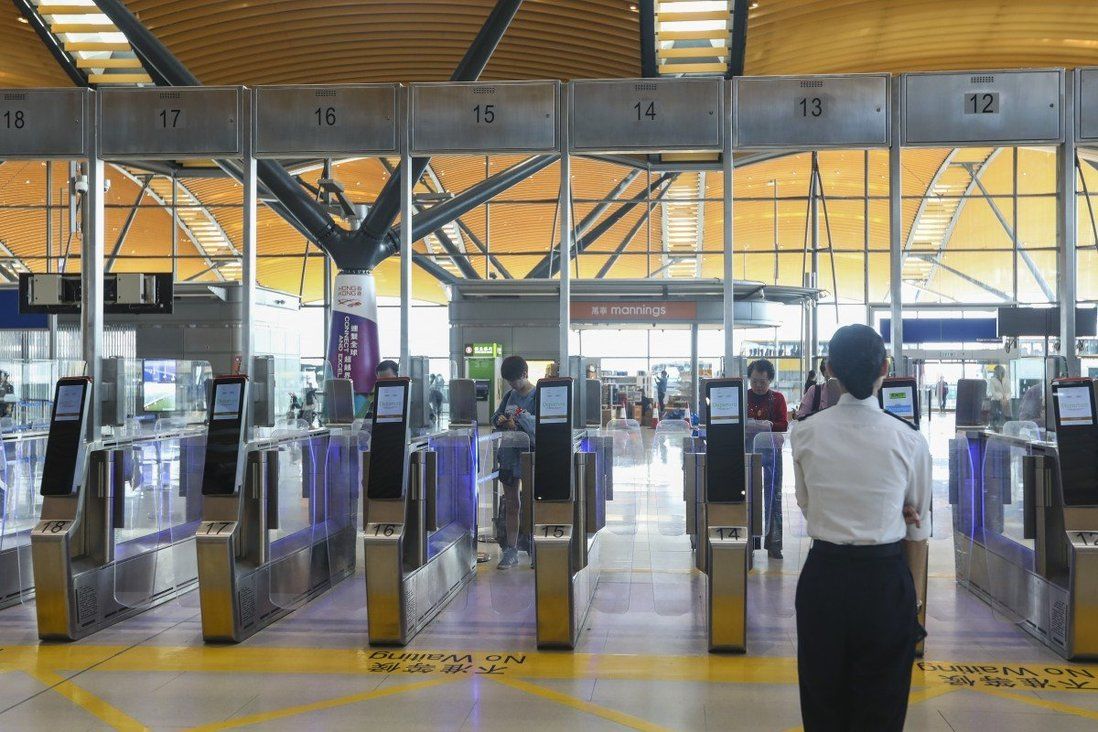 Hong Kong Bar Association urges government to state clearly what amendment covers after accepting Security Bureau’s explanation that it would not give officials power to stop people leaving the city.

The Hong Kong Bar Association has urged the government to state clearly in a proposed legislative amendment that officials would not have the power to stop residents entering or leaving the city, after accepting clarification that changes targeted the arrival of torture claimants.

The legal body issued a statement on Tuesday, after it was criticised by the Security Bureau for mistakenly believing the proposed changes would give immigration authorities the power to bar anyone, including Hongkongers, from leaving.

A legislative amendment in the immigration procedure seeks to empower the immigration chief to direct that a passenger or a crew member may not board an aircraft flying to the city.

The association expressed concern in a statement last week that the proposal could give “apparently unfettered power” to the immigration director to stop any individual from boarding a flight out of the city.

Explaining the aim of the Immigration (Amendment) Bill 2020, the bureau last Saturday expressed disappointment that the barristers’ group had misinterpreted the proposed measure, which was set to be an arrival procedure.

It said it was meant to fulfil the city’s obligation under the Convention on International Civil Aviation to prevent potential asylum seekers, or non-refoulement claimants as they are formally called, from entering Hong Kong to make an application immediately upon arrival.

On Tuesday, the association said “the clarifications provided by the spokesman for the Security Bureau” were appreciated.

“The press release [by the bureau] clarifies that the intended scope of the power is far more limited, being concerned only with inbound passengers and crew to prevent non-refoulement claimants from entering Hong Kong, and that Hong Kong residents’ freedom to travel and right to enter or leave Hong Kong will not be affected,” the statement said.

But the association called on the bureau to further state that such power of prohibition would not affect in any way the right of a Hong Kong resident and person with the right to enter and remain in the city, which it said was implied on the face of the bill.

Last week, the bureau said that under the convention updated in 2018 by the International Civil Aviation Organization, immigration authorities can request airlines not to “allow individual persons to board the plane” to Hong Kong, and to provide them with passenger information before a flight departs.

The proposed amendment would empower the secretary for security to make the relevant regulations, as the bureau hoped to “reduce at source the number of non-ethnic Chinese illegal immigrants and overstayers” who might lodge asylum bids, according to a paper the bureau earlier submitted to the Legislative Council.

“The right of Hong Kong residents to enter or leave Hong Kong is not affected,” the bureau said, stressing that the government would ensure the measures conformed with the Basic Law, the city’s mini-constitution, and the Hong Kong Bill of Rights.

The freedom to travel and residents’ rights to enter or leave the city are guaranteed under Article 31 of the Basic Law and Article 8 (2) of the Bill of Rights under the Hong Kong Bill of Rights Ordinance.

According to the bureau’s paper submitted to Legco, the number of new non-refoulement claims made to the Immigration Department in 2014 and 2015 quadrupled, following judgments by the Court of Final Appeal in two relevant judicial review cases.