Legal practitioners also asked to keep private any information they receive while serving as the government’s counsel.

Private practice lawyers who prosecute cases on behalf of the Hong Kong government have been asked to sign a new form to confirm their role in safeguarding national security, among other conditions.

In a letter issued on Monday, the Department of Justice asked barristers on the government’s briefing-out list who took up prosecution cases to indicate if they would comply with the new conditions in two weeks.

Seen by the Post, the letter by deputy director of public prosecutions William Tam Yiu-ho said the move was to ensure “the highest standard of professional performance” by the fiat counsel. 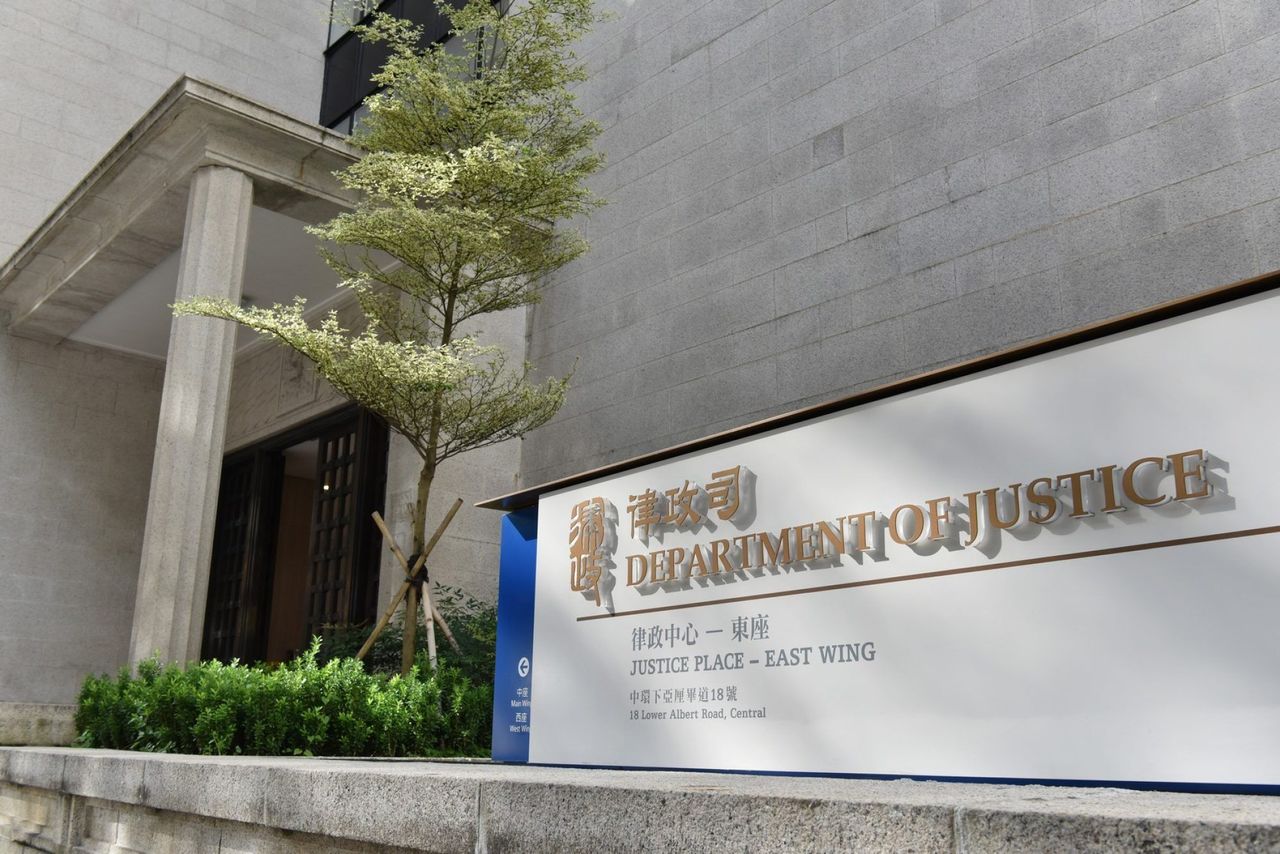 The Department of Justice asked barristers who take up government prosecution cases to indicate if they will comply with the new conditions in two weeks.
The letter highlighted Article 6 of the Beijing-imposed national security law and asked those on the list to “duly observe” the legislation, and that they “must not directly or indirectly in any way engage in any act or activities which may be regarded on reasonable grounds based on its nature as contrary to the interest of national security”.

Article 6 states that any institution, organisation or individual in Hong Kong must abide by the law and not engage in any act or activity which endangers national security.

The same article also requires all public officers and those standing for election to take an oath to uphold the Basic Law, the city’s mini-constitution, and swear allegiance to Hong Kong.

In the department’s letter, lawyers were also asked to keep private any information or instructions they received while serving as the government’s counsel, warning that failure to do so could amount to a breach of the Official Secrets Ordinance. They were also told to ensure they had no conflicts of interest in cases assigned to them.

The legal practitioners are expected to sign and return a copy of the letter by December 5 to confirm that they had agreed to the conditions.

The document did not mention any consequences for failure to comply with the rules, but it asked those who chose not to continue working for the government “due to any reasons” to let the department know as soon as possible.

It is a common practice for the department to outsource certain criminal and civil cases to legal practitioners in private practice.

In general, the department hires such practitioners if they need expert assistance for complex cases, or when there is no suitable in-house counsel to appear in court. Outside counsel is also hired to address possible perceptions of bias or conflicts of interest in some cases. 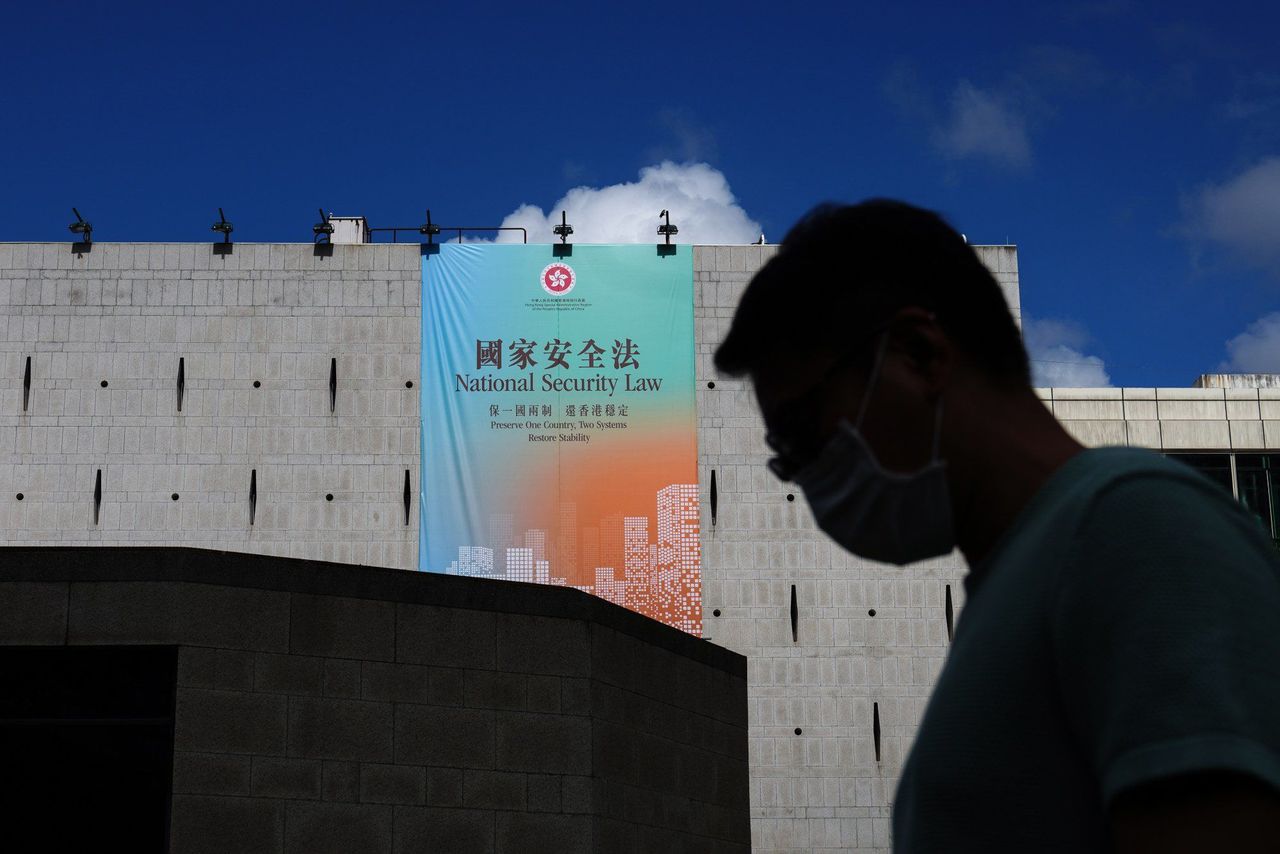 The letter highlighted Article 6 of the Beijing-imposed national security law and asked legal practitioners to “duly observe” the legislation.

All legal practitioners can apply to be on the government’s briefing-out list, which comprises mostly barristers.

Among the high-profile prosecutions outsourced by the government in the past was a case involving former chief executive Donald Tsang Yam-kuen, who was found guilty of misconduct for failing to disclose a lease while in office.

Tsang was eventually cleared of criminal misconduct by the city’s top court in 2019. The government also outsourced its bid to unseat six opposition lawmakers over their improper oath-taking in 2016.

In a reply to the Post, a spokesman for the Department of Justice confirmed that it had written to the briefed-out counsel about the new conditions.

“In order to ensure the professional performance of the fiat counsel, we have been issuing letters to remind them and reiterate that they should act like public prosecutors and should avoid conflict of interest, observe confidentiality requirements and the provisions of the national security law,” he said.

The spokesman added that there was an established mechanism to monitor and assess the fiat counsel’s performance, and it would follow the procedure to handle cases involving a breach of conditions.

Following the introduction of the national security law in 2020, civil servants have been required to sign a declaration to swear allegiance to Hong Kong. Some critics have said the move could hit morale.

Separately, in a meeting of the Legislative Council’s panel on public service, lawmakers expressed concerns over an increasing trend of civil servants quitting their jobs in recent years.

Papers tabled at the meeting by the Civil Service Bureau showed that the resignation rate for such workers rose from 0.8 per cent in the 2017-18 financial year, to 2.1 per cent in 2021-22.

Secretary for the Civil Service Ingrid Yeung Ho Poi-yan said she acknowledged the upward trend in resignations, but maintained it was not necessarily a negative sign.

“There are many reasons for civil servants to resign, including family reasons, pursuing further studies, or taking up other jobs in the private market,” Yeung said.

“Although the departure of civil servants due to resignations has risen moderately in recent years, they have not affected the operation of the government much.”

She also attributed the rise partly to the tightened monitoring of civil servants’ work performance in recent years, citing figures that some 40 per cent of those who quit in 2021-22 had left before they had passed probation.

“It is not necessarily a bad thing,” Yeung said. “If we keep underperforming staff, it is not conducive to the long-term development of the civil service.”