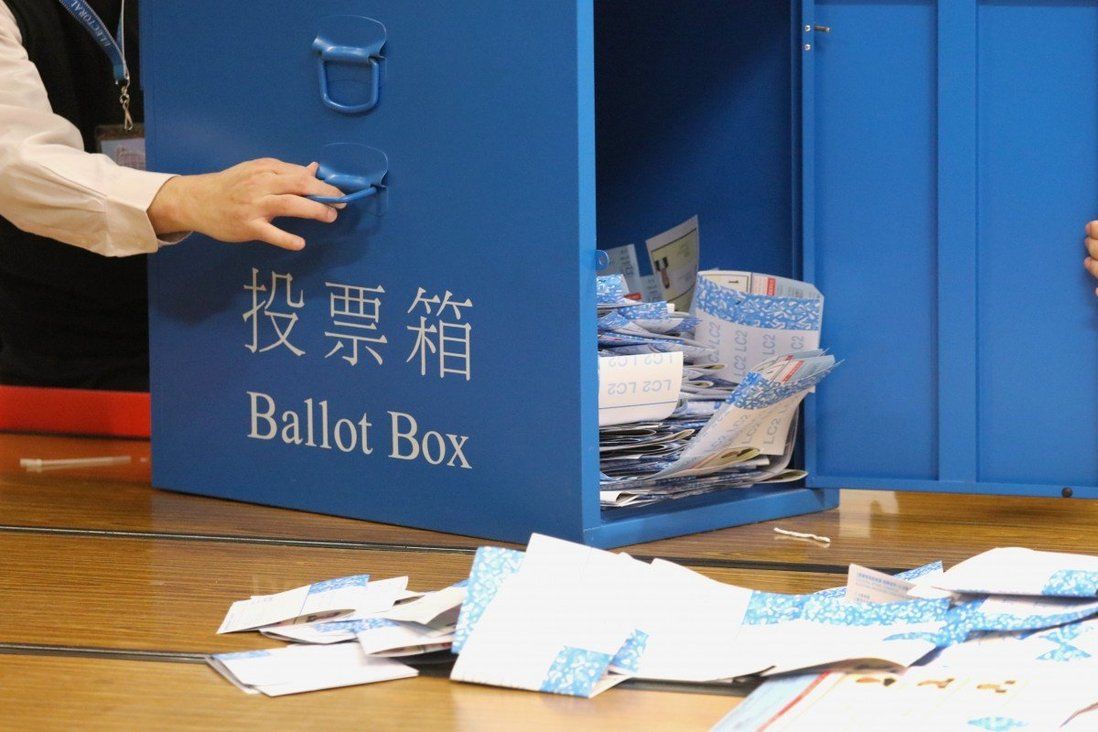 The arrests came a day after the city’s security chief said such calls could be in violation of the elections ordinance and the national security law.

Hong Kong’s anti-graft agency on Tuesday arrested three people for allegedly urging others to cast blank ballots in the coming Legislative Council election, one day after security chief Chris Tang Ping-keung warned that such calls might be illegal.

The two men and one woman, aged 29 to 65, were arrested by Independent Commission Against Corruption (ICAC) officers on suspicion of breaching the Elections (Corrupt and Illegal Conduct) Ordinance by “inciting another person not to vote, or to cast invalid vote, by activity in public during [an] election period”.

“The three arrestees have allegedly breached Section 27A of the [ordinance] during the election period of the 2021 Legislative Council General Election … by reposting an online post which appealed to members of the public to cast blank votes at the election,” a statement from the graft-buster read, adding that officers had seized several mobile phones and did not rule out further arrests.

The suspects were released on bail pending further investigation.

The Legco election is slated for December 19, and will be the first since Beijing revamped the city’s political system, expanding the lawmaking body from 70 to 90 seats, and slashing the number of directly elected members from 35 to 20. Nominations for the race have been open since October 30, making that the date on which the “election period” is deemed to have started under the ordinance.

Publicly inciting another person not to vote or to cast an invalid ballot during an election period is punishable by up to three years in prison and a maximum fine of HK$200,000 (US$25,700).

In a blog post on Monday, Secretary for Security Tang slammed fugitive former lawmaker Ted Hui Chi-fung for calling on people to cast blank ballots in the Legco poll.

The ex-Democratic Party lawmaker, who is now based in Australia, made the social media appeal to counter what he called an unjust electoral system. Hui is wanted by the city’s courts and law enforcement agencies over at least nine separate charges.

On his blog, Tang said some wanted criminals and anti-China critics who had fled the city, such as Hui, might have breached the elections ordinance and the national security law by inciting people to cast invalid votes.

He questioned why Hui had not returned to the city to carry out his protest in person, accusing him of “despicably inciting people to break the law” instead.

Pointing to the “evil hearts” of the people behind such calls, Tang urged the public not to heed them, or risk facing legal consequences.