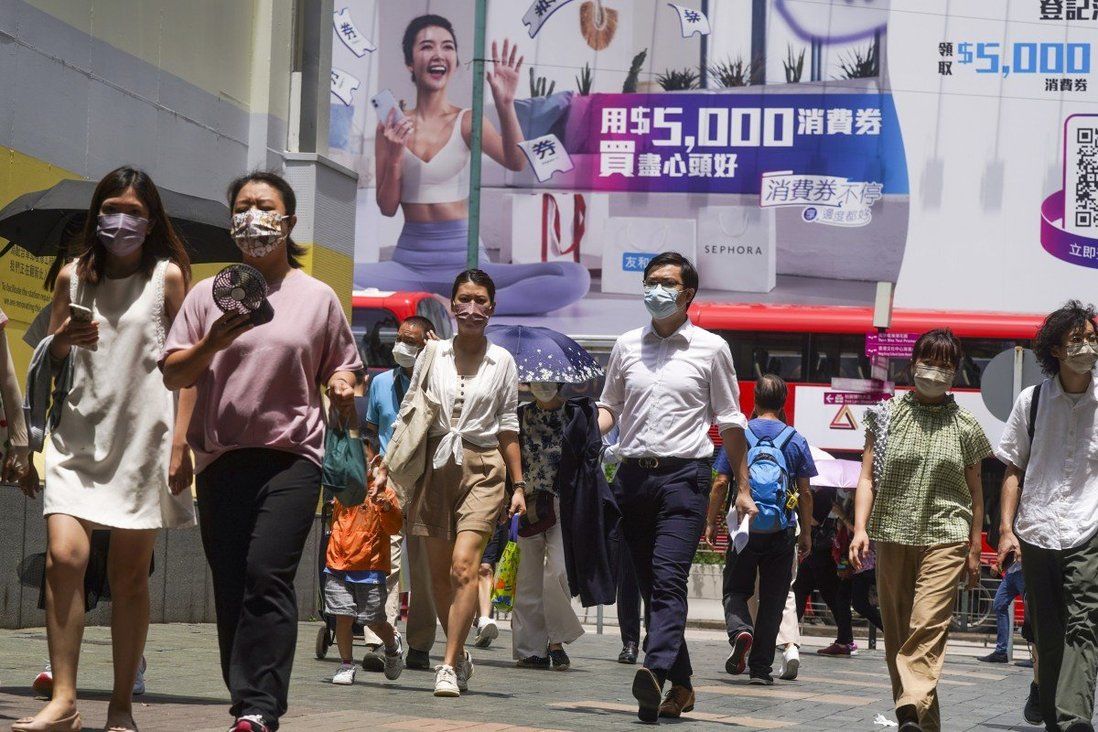 Lawmakers say scheme was successful in boosting local consumption, call on Financial Secretary Paul Chan to hand out more vouchers of up to HK$10,000 each to eligible residents.

Hong Kong’s financial chief has faced mounting calls to roll out a fresh round of consumption vouchers as he admitted related industries and the labour market faced short-term pressure amid the emerging fifth wave of coronavirus infections.

Speaking at the Legislative Council’s Finance Committee meeting on Friday, Financial Secretary Paul Chan Mo-po said Hong Kong’s gross domestic product (GDP) could end up registering growth of 6.4 per cent for 2021 after the city emerged from a pronounced recession.

In the first nine months of 2021, Hong Kong’s economy grew 7 per cent year on year on the back of robust export growth and strong private consumption, exceeding the government’s forecast of between 5.5 per cent and 6.5 per cent on a full-year basis. 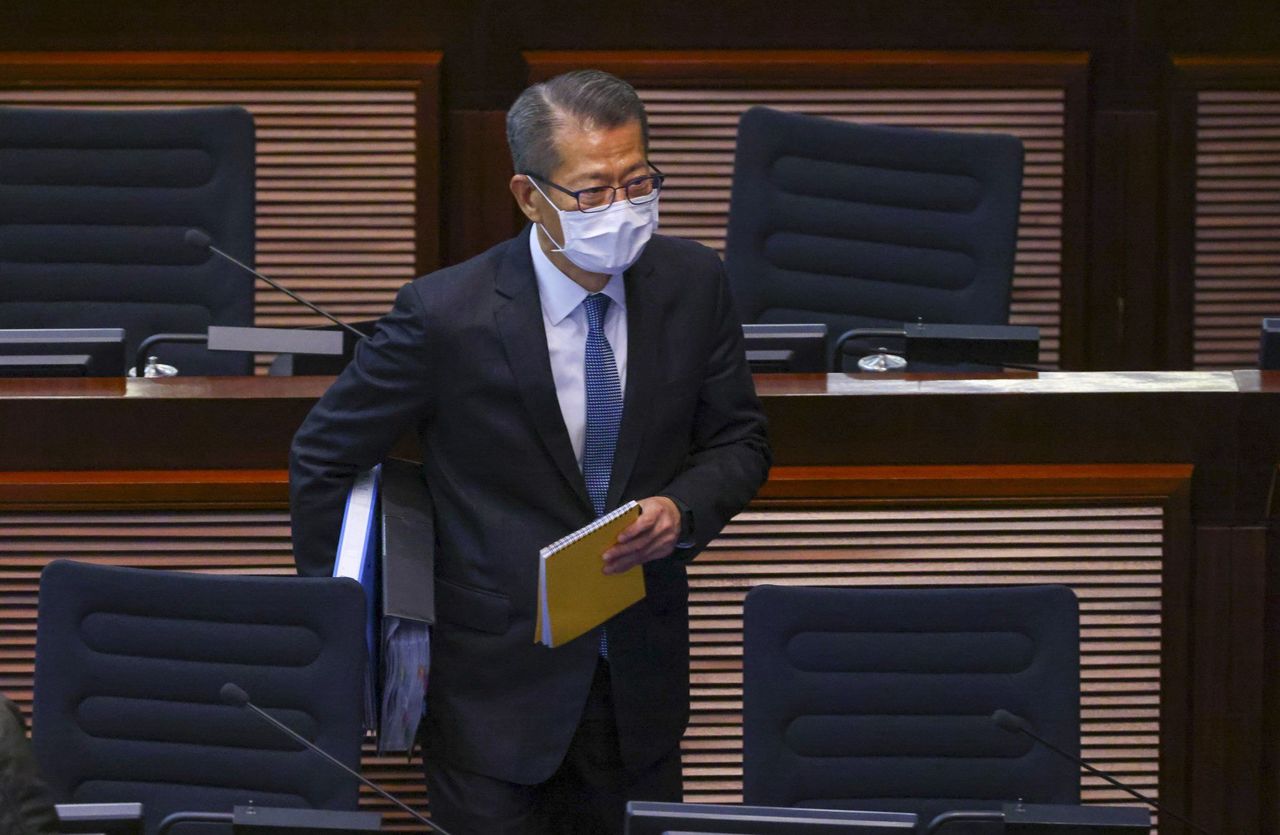 However, Chan warned of uncertainties in the wake of a recent widening outbreak of the Omicron variant that prompted the government to revive strict social-distancing rules last week on 15 types of venues.

“The social-distancing rules have been tightened tremendously. This will constitute pressure on the operation of consumption-related industries and employment in the short term,” he said.

During the meeting, lawmakers urged Chan to issue another round of digital vouchers of up to HK$10,000 (US$1,284) each to residents to rescue the economy.

Eligible Hong Kong residents are currently each entitled to HK$5,000 worth of e-vouchers to spend locally in shops and at other businesses under the programme, which is designed to accelerate the city’s economic recovery during the pandemic.

The HK$36 billion initiative was expected to contribute 0.7 per cent growth to GDP last year. 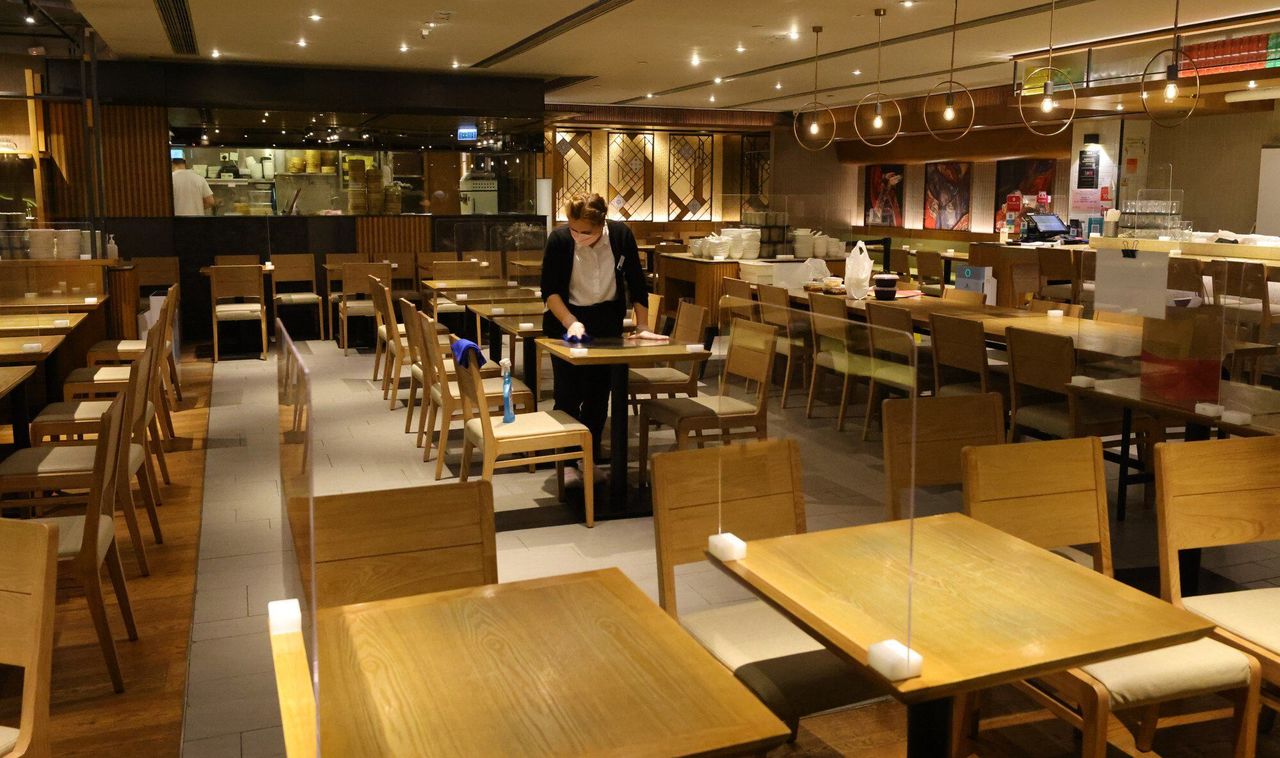 The government imposed strict social-distancing measures last week, including a ban on dine-in services at restaurants after 6pm.

“The e-voucher scheme was very successful in boosting local consumption. I hope you can roll out a fresh round of the scheme, this time giving each person HK$9,000 divided in three phases,” veteran lawmaker Michael Tien Puk-sun said.

Sunny Tan, representing the textile industry, also asked Chan to give the commerce sector and its employees a “vitality shot” in the arm.

“About this vitality shot, I suggest the financial secretary hand out consumption vouchers of HK$10,000 each to eligible residents to help the business sector and workers ride out this difficulty,” he said.

Chan, however, was non-committal about issuing another round of e-vouchers, saying the government deemed it as a form of investment and hoped to boost usage of the city’s e-payment infrastructure via the scheme.

Some lawmakers also called for the financial chief to continue the HK$80,000 loan scheme for the unemployed and offer electricity subsidies to residents. Chan said he was willing to consider improving and extending the loan scheme.

The city’s latest unemployment rate dropped to 4.1 per cent in the rolling three-month period between September and November from 7.2 per cent early last year as the job market continued to recover from the effects of the pandemic.

Business leaders had earlier lamented the tightened measures would take another toll on the city’s economy, predicting a loss of billions of dollars, restaurant closures and spiralling unemployment.

However, Chan said the city’s economy should continue to grow this year if Hong Kong succeeded in keeping the pandemic at bay, adding the government had taken decisive measures to cut community transmission chains.

“Should we succeed in deterring a new wave of [infections] and keeping the local pandemic situation stable, and barring any abrupt deteriorations of the external environment, the Hong Kong economy should stay on a growth track in 2022,” he said. “Nonetheless, the breadth, depth and pace of recovery are still subject to high uncertainties at this stage.”

Chan also said the budget deficit for the 2021 financial year would be way lower than the forecast HK$230 billion because of increased income from land sales and stamp duty, and the robust export and economic growth.

Chan is expected to announce his budget on February 23.