Committee for Safeguarding National Security, chaired by city leader, expected to call meeting and lay down framework for amendment.

Hong Kong authorities are aiming to pass a legislative amendment “in months” to prevent a British lawyer from defending media tycoon Jimmy Lai Chee-ying in his national security trial in September, the Post has learned.

A government source also pointed out that the executive branch could still not legally overturn the top court’s earlier decision to allow King’s Counsel Timothy Owen to defend Lai and had no intention to do so, following Beijing’s unprecedented interpretation of the national security law on Friday.

The Post was on the same day told that Chief Executive John Lee Ka-chiu, who chairs the city’s Committee for Safeguarding National Security, would call a meeting in the near future during which the body was expected to collectively lay down a framework in resolving the dispute by moving amendments to the Legal Practitioners Ordinance.

Under the proposed legal changes, overseas counsel not qualified to practise in Hong Kong would no longer be entitled to apply for ad hoc admission to participate in cases involving national security. 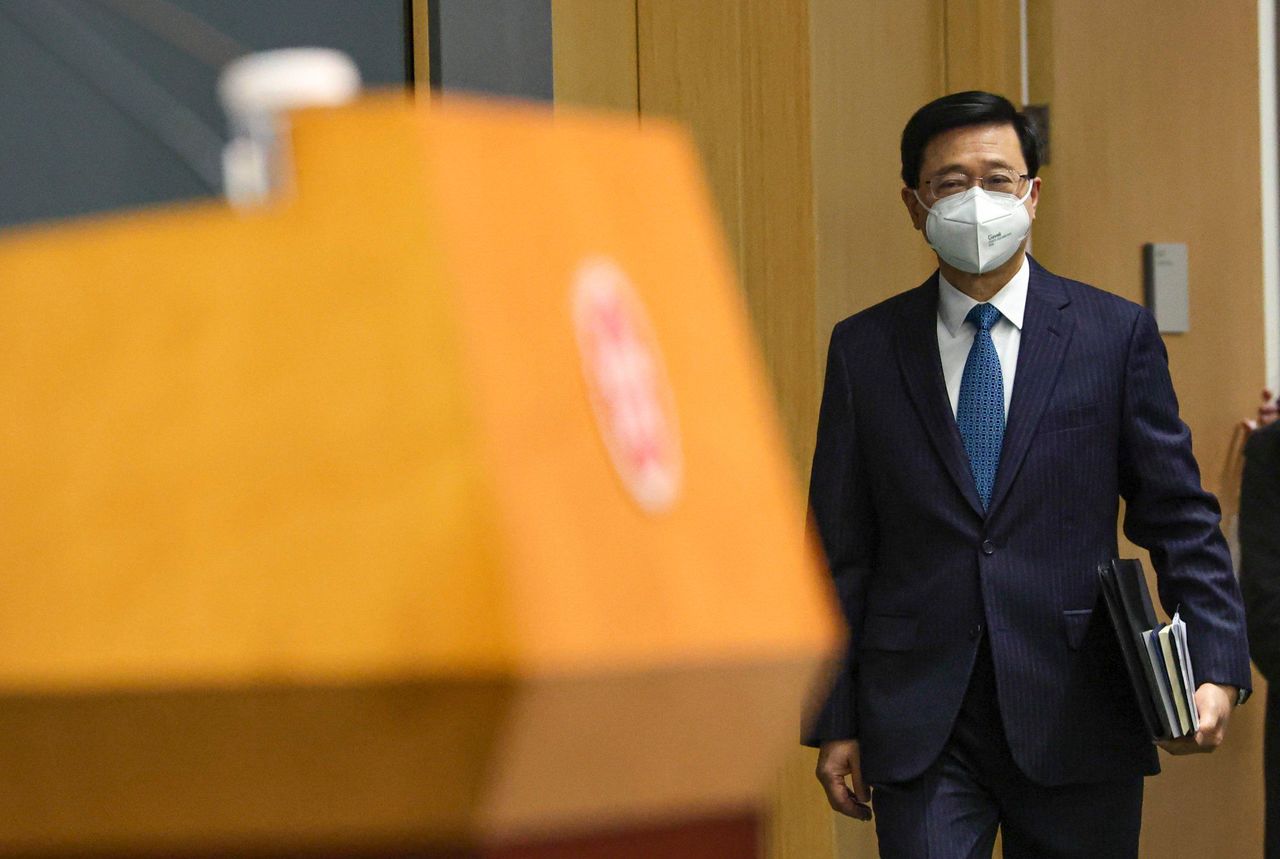 Chief Executive John Lee chairs the Committee for Safeguarding National Security in Hong Kong.
“The government will not rush it through as it respects lawmakers’ input. It hopes to get the amendment bill passed in months,” the source said, adding the matter was set to be resolved by the time Lai’s case was heard in September.

The National People’s Congress (NPC) Standing Committee had clarified two clauses of the Beijing-decreed legislation, stating the matter of whether overseas lawyers could take up sensitive cases fell under Article 47 and required the chief executive’s input.

City leader Lee did not reveal the government’s next step during a late-night press conference on Friday, saying the interpretation did not deal with a particular case but only principles.

Lai’s trial, initially set for last December, was adjourned to September 2023 after Lee sought Beijing’s interpretation upon losing a legal bid at the Court of Final Appeal to ban Owen from representing the tycoon.

Beijing on Friday referred to Article 47 of the security law, which states that courts have to obtain a certificate from the city leader to verify whether an offence involves national security or if the relevant evidence features state secrets when such questions arise in the adjudication of a case.

The top legislative body also added the Committee for Safeguarding National Security could step in and make a definitive decision under Article 14 if the courts made no such request for a certificate.

Secretary for Justice Paul Lam Ting-kwok on Saturday said that given the court had not obtained a certificate from the chief executive over Lai’s case, the committee would step in, with options of amending the ordinance.

“It will be up to the committee to decide following its meeting on whether to handle the issue in a one-size-fits-all or case-by-case manner,” he added.

Professor Simon Young Ngai-man, associate law dean of the University of Hong Kong (HKU), raised questions over the plan as he argued the potential legislative change would be prospective.

“[The change] would not be retrospective to change the decision to admit Mr Owen KC,” he said.

Young said the new interpretation represented a “sufficient material change” in circumstances to warrant an application by the secretary for justice to have the matter reopened by the chief justice, who was now expected to raise the issue and seek a certificate from the chief executive.

That would be better than an intervention by the committee, he said.

“Court decisions are subject to any changes in law,” he said.

Chen said new laws could not be applied to events that had already happened, such as using freshly amended legislation to prosecute protesters involved in the 2019 anti-government unrest. That was different from Lai’s trial, which would only start nine months later, he stressed. 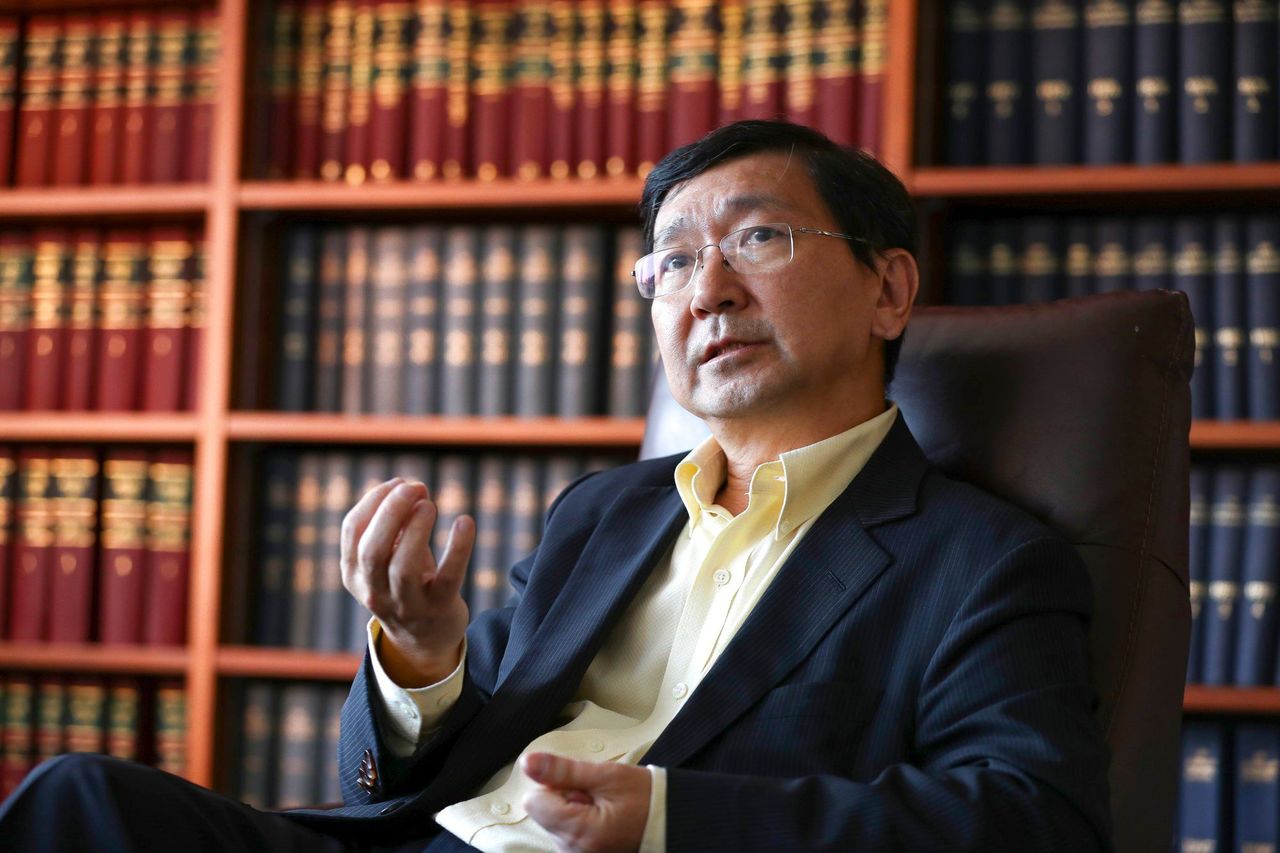 “If [the committee] remits the case back to the court for reconsideration and to follow the proper procedure, and if the amendment comes into effect in time, there is no question of a retrospective effect,” he said.

But Chan lamented the interpretation would essentially transfer a matter for the court to the executive branch or committee.

Meanwhile, the Bar Association of Hong Kong welcomed the government’s proposed legislative change to decide the use of lawyers in national security cases.

“The [association] agrees with the use of local legislation in addressing the issue of legal representation in our court and look forward to offering our views on any proposed amendments,” it said in a statement.