‘Great Heat’ day to fall on Saturday, with temperatures expected to hit high of 37 degrees in some parts of city.

Hong Kong is expecting sweltering temperatures which will coincide with the arrival of the “Great Heat” day in the traditional Chinese calendar when bright sunshine is forecast to send the mercury up to 37 degrees Celsius in some parts of the countryside.

According to the Observatory, the coming nine days will remain hot, with the maximum temperature steadily climbing from 33 degrees on Tuesday to 34 degrees on Wednesday and Thursday, before hitting 35 degrees on Friday.

The city is expected to face temperatures of up to 35 degrees over the weekend before the mercury is predicted to drop to 34 degrees, according to the Observatory’s latest weather forecast issued on Monday.

The minimum temperature will hover around 28 degrees and 29 degrees in the coming nine days. 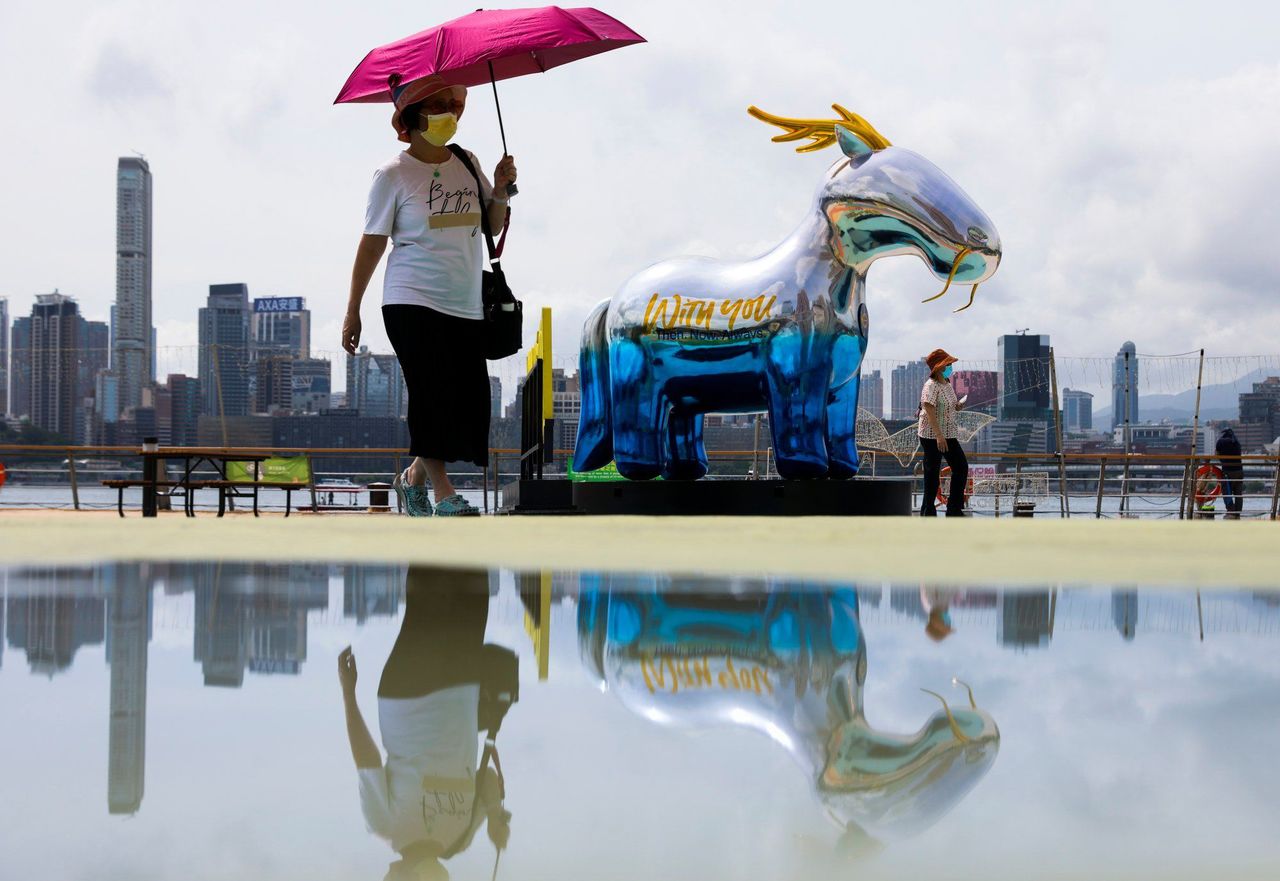 The maximum temperature will climb to 35 degrees on Friday.

Sunny Chan Yun-san, a scientific officer at the Observatory, said: “The hot weather is mainly due to the subtropical ridge over the region. Air is sinking and makes the environment very stable. We can expect sunny skies and calm weather.

“Some isolated showers [are expected] in the next couple of days, but they are not expected to be able to cool down the city much. We forecast that there will be brief precipitation in some areas only,” he said.

The Observatory issued the “very hot weather” warning at 1.45pm on Friday and it has been in force since then.

The increase in temperature coincides with the arrival of the “Great Heat” day on Saturday. The day is the 12th of the 24 solar terms in the traditional Chinese calendar when sweltering heat has reached its peak.

According to the weather forecaster, temperatures could hit a high of 37 degrees Celsius in Sheung Shui and Ta Kwu Ling in the northern New Territories on Saturday. Tai Po, Shek Kong in Yuen Long and Chek Lap Kok on Lantau Island could also see a maximum temperature of 36 degrees Celsius on the same day.

The 24 solar terms, developed by the ancient Chinese through observing the sun’s annual motion, served as a guide to agricultural activities thousands of years ago. In 2016, the system was deemed an intangible cultural heritage by Unesco, the United Nations’ heritage body.

Hong Kong experienced its hottest days so far this year on Tuesday and Wednesday last week. The maximum temperature recorded by the Observatory was 35.2 degrees Celsius in Tsim Sha Tsui. Readings at this station are taken as the overall representative temperature for the city.

Sze Lai-shan, deputy director of the Society for Community Organisation, an advocacy group which supports low-income families, said many residents living in subdivided flats would choose to shelter in areas like shopping centres instead of staying in their homes.

“Many subdivided flats do not have windows. So, indoor temperatures are often 2-3 degrees higher than they are outdoors. Some residents will just avoid staying at home. They will choose to stay outside, hang around in shopping centres or parks. Younger ones will choose to stay in public study rooms or schools,” she said.

She added that the group provided electric fans to those in need, mainly small table fans.

“[The fans] may not be very powerful. But many of the subdivided units are just too small for a pedestal fan,” she noted.

Sze said she hoped the government would open more heat shelters for those in need.