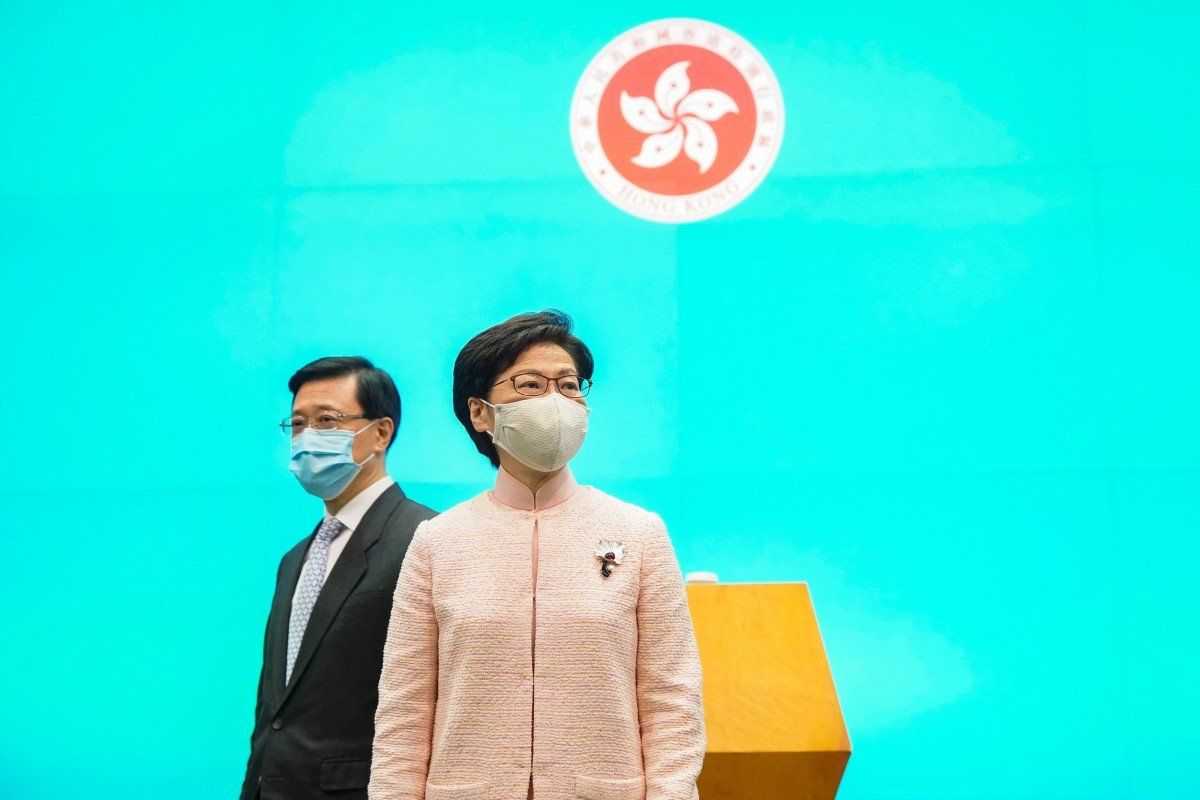 The city’s two top leaders really ought to compare notes before speaking to the press. A career police officer before joining the Security Bureau, John Lee Ka-chiu was appointed last month as chief secretary in a surprise reshuffle at the top of the government.

Addressing concerns that he lacked administrative experience, Lee naturally defended himself, claiming he was better at it than most officials. That may be so, but his boss, Chief Executive Carrie Lam Cheng Yuet-ngor, didn’t help matters when she said this week he would not be expected to work on issues such as poverty, youth and race. Instead, he would focus on national security.

“I have told John Lee I do not expect him to work on poverty alleviation or issues concerning youth and ethnic minorities, because of his lack of experience,” she said. “We will play to our strengths respectively, with me spending more effort on these aspects. But Lee must beef up our safeguarding of national security, including prevention work.”

One reason she singled out those policy areas is that the chief secretary traditionally chairs such public bodies as the Youth Development Commission, Commission on Poverty and Commission on Children. Usually, whoever is in that post is expected to supervise and coordinate policy areas outside security.

Now, though, we effectively have two security secretaries. Despite the violent protests of 2019, that seems an overkill. The official website of Lee’s office still defines his role as helping to “supervise the bureaus as directed by him and plays a key role in ensuring coordination in policy formulation and implementation. This is particularly important in areas which cut across bureaus.

“The chief secretary also covers specific priority areas of the chief executive’s policy agenda, and is responsible for forging a closer and more effective working relationship with the Legislative Council and drawing up the government’s legislative programme. In addition, the chief secretary exercises statutory functions vested in him by law, such as those concerning the handling of appeals and certain public bodies.”

It doesn’t mention, let alone focus, on security. Lam’s tenure will end next year. By playing to her strengths, does she mean she will run for a second term? Otherwise, without someone who can focus on playing the overall administration, the situation is not ideal. However the next government turns out, it risks overcompensating on security, and law and order, at the expense of other key policy issues.
Add Comment