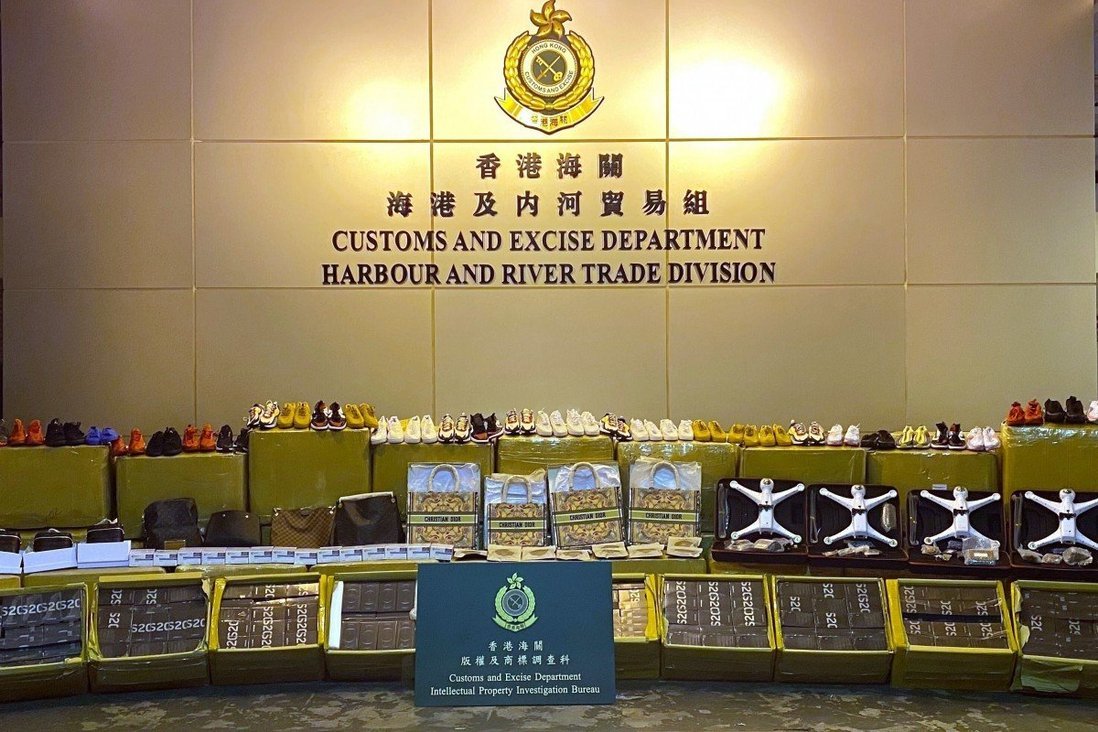 Officials suspect the seized contraband, which came from Guangdong, was destined for re-export overseas.

The 63,000 suspected counterfeit items were found in a 40-foot container from Nansha district, in Guangdong province, at the Tuen Mun River Trade Terminal on Friday last week after customs officers conducted an inspection based on a risk assessment.

“Upon inspection, customs officers seized the batch of suspected counterfeit and smuggled goods in the container, including footwear, clothing, and mobile phones and accessories,” the department said in a statement on Wednesday.

So far, 2020 has been a banner year for smugglers, particularly at sea. As of early this month, the value of goods seized in Hong Kong waters stood at HK$540 million this year, with a total of 217 related arrests, according to senior customs officials. In all of last year, customs officials reported seizing just HK$160 million worth of goods at sea, while making 86 arrests.

Friday’s bust came in the same month as Hong Kong’s largest seaborne seizure of smuggled goods in 12 years. On December 3, a batch of products including iPhones and bird nests worth HK$80 million was seized in Sha Tau Kok, where it was allegedly waiting to be smuggled to Shenzhen by speedboat. Days later, on December 8, authorities intercepted HK$35 million worth of cocaine, also being transported by speedboat – the largest drug seizure of its kind in five years.

Customs officers have noted that travel restrictions caused by the coronavirus pandemic had made it more difficult for smugglers to use cars or human couriers – one likely reason for this year’s surge in sea-based smuggling.

Hong Kong’s largest smuggling case at sea came in 2008, when HK$200 million worth of contraband products was seized in a cargo vessel.

Under the Trade Descriptions Ordinance, those who import or export goods with a forged trademark are subject to a maximum penalty of up to five years’ imprisonment and a HK$500,000 fine.

The maximum penalty for violating the Import and Export Ordinance, which concerns unmanifested cargo, is even steeper, at up to seven years in prison and a fine of HK$2 million.

It is "too early" to say whether England's Covid restrictions will be able to end in the spring, Prime Minister Boris Johnson has said.
×