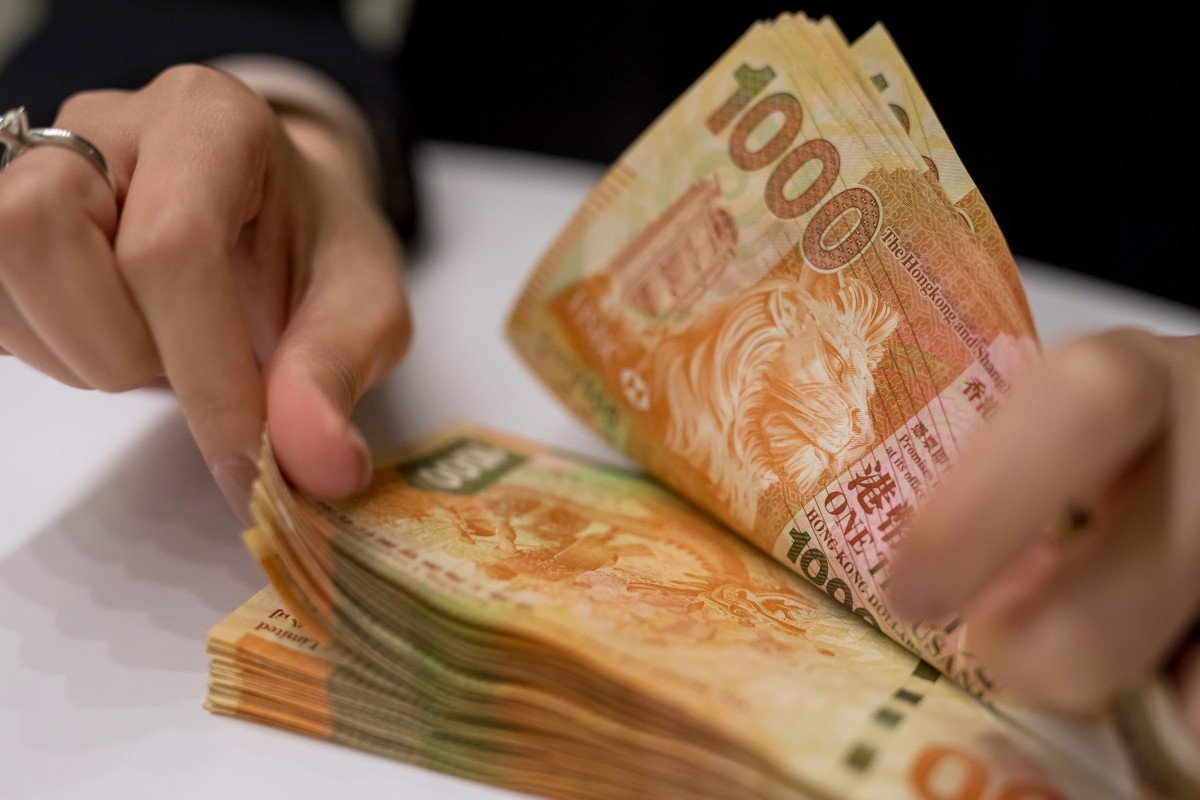 Parents and three children had over 100 personal bank accounts between them, with officials investigating 6,000 suspicious transactions. Owner of money exchange company also arrested in biggest case of its kind for five years.

Hong Kong customs has arrested five members of a family accused of laundering more than HK$3 billion (US$387 million) through over 100 personal bank accounts, along with the owner of a money exchange business, in the biggest case of its kind.

According to investigators, the family, which consists of the parents, two sons, and a daughter, had funnelled the cash through their accounts, which they had opened at nine different banks to deal with the HK$3 billion in suspected crime proceeds since 2018.

Officers said the family had a total monthly income of about HK$70,000, but had HK$30 million in assets – about HK$15 million in their bank accounts and two properties worth another HK$15 million.

“The assets held by this family are not commensurate with their profiles and backgrounds,” Senior Superintendent Mark Woo Wai-kwan, who leads the syndicate crimes investigation bureau, said on Monday. “We suspect this family has a hidden income which may be the crime proceeds from assisting money laundering.”

The case is the Customs and Excise Department’s biggest involving a money changer, and Woo said the funds had come from unknown sources or shell companies. 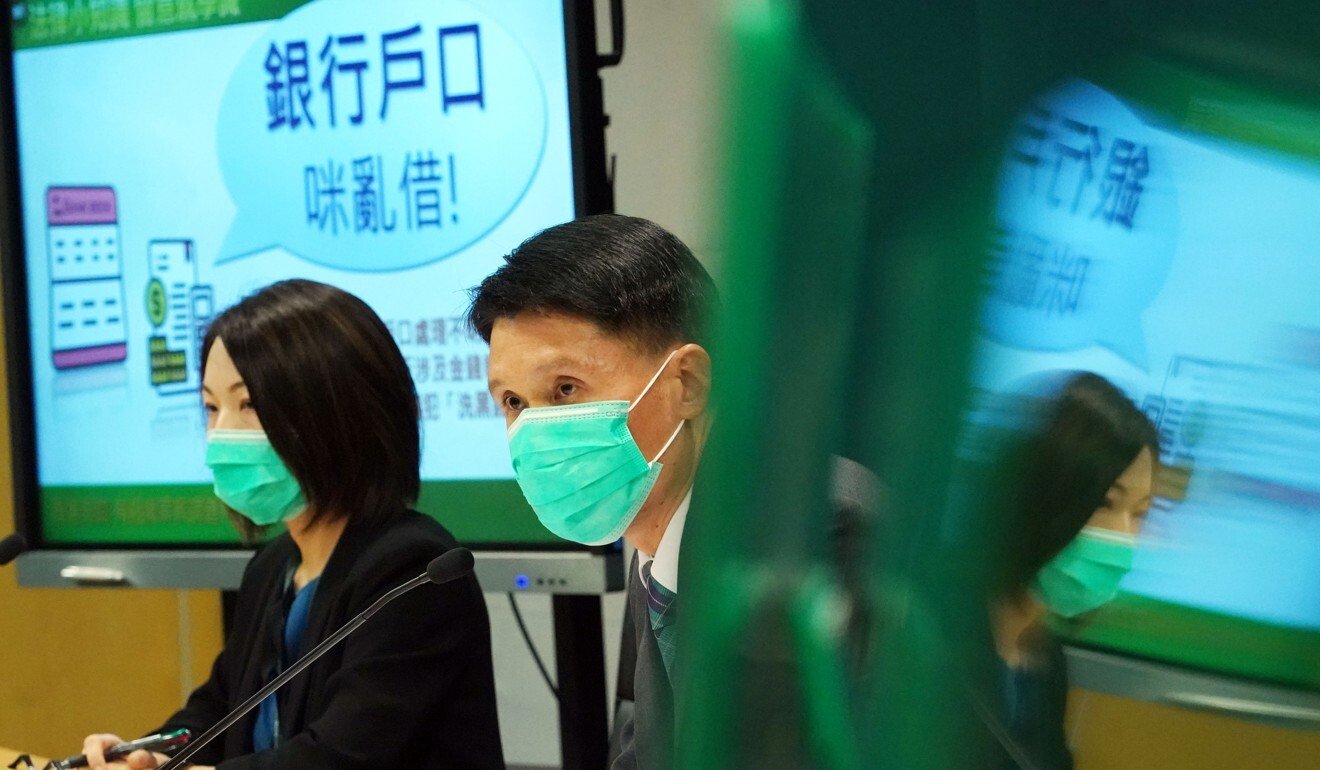 Mark Woo discusses the case at a press conference.

“There were more than 6,000 suspicious financial transactions, involving more than HK$3 billion. The biggest single transaction was HK$22 million,” he said.

Woo said they were still looking into the origins of the money and the types of illegal activities it involved, but a source said the investigation indicated “some of the third party individuals or owners of the shell companies involved were from mainland China”.

Officers first began investigating the family’s eldest son early this year after a tip-off from a bank.

According to officials, the parents, aged 58 and 62, are unemployed, while the eldest son, 34, is a technician, and their second son, 30, works as a manager at the money exchange company involved in the case. The couple’s youngest daughter, 25, is a customer service officer.

Woo said he believed the family helped other syndicates to launder the proceeds of crime in return for cash rewards.

The family’s assets have been frozen. The 60-year-old businessman was arrested because his company had been involved with suspicious financial transactions totalling HK$170 million with the family this year. But, according to Woo, the company only reported about HK$30 million in transactions this year to customs.

“We suspect the company used some bank accounts in money laundering activities, and the accounts involved were not reported in its business transactions,” he said.

A law enforcement source said the biggest money-laundering case was recorded in 2015, and involved HK$6.5 billion and the smuggling of precious metals.

In 2016, a money changer was involved in a different case over a total of HK$450 million. 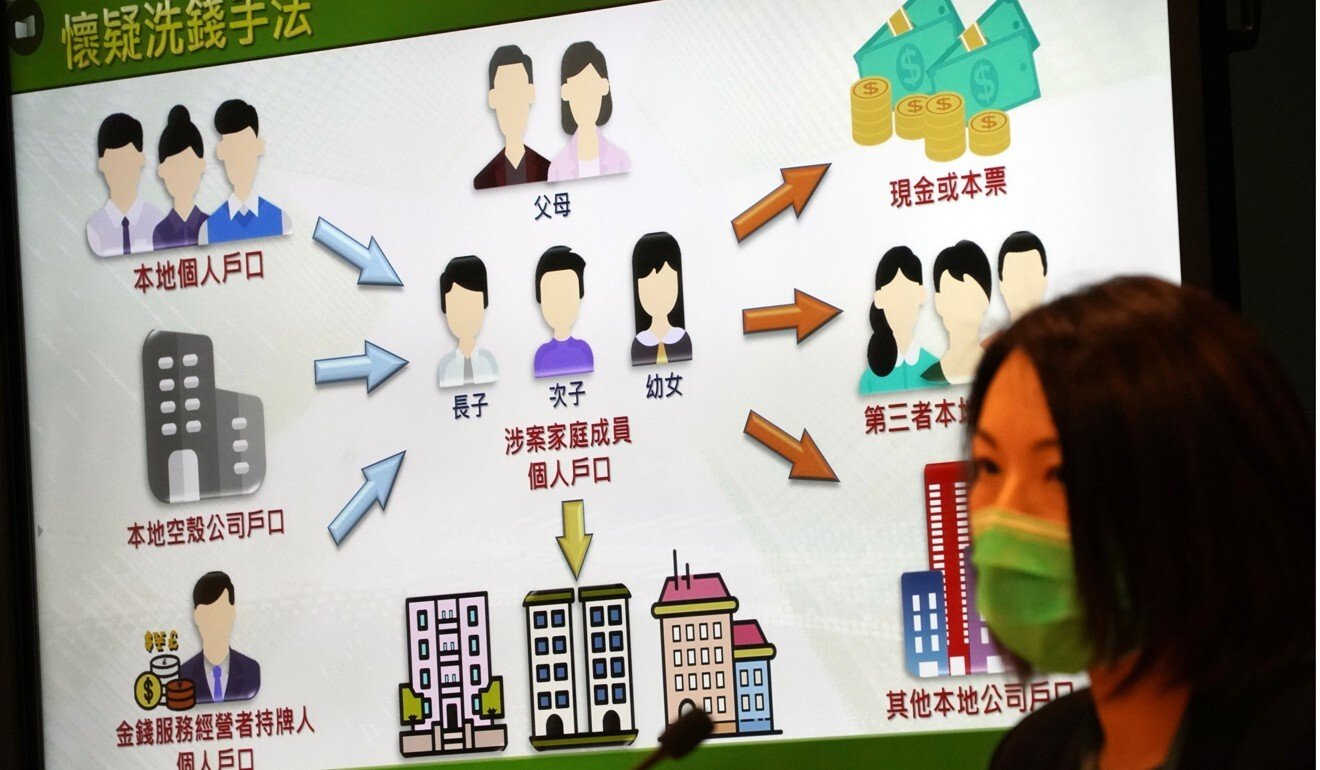 Superintendent Grace Tang, head of the financial investigation group, said the family was thought to have laundered the cash through layers of money transfers, making it difficult to investigate the original owners and final recipients of the funds.

The law enforcement source said the money was usually moved out of the bank accounts held by the family within one or two days.

During the operation, code named “Shadow Hunter”, officers seized a large quantity of documents including bank statements along with computers.

All six suspects were released on bail after being detained on Thursday.

In Hong Kong, money laundering carries a maximum penalty of 14 years in prison, and a HK$5 million fine.

The Joint Financial Intelligence Unit, comprising police and customs officers, handled 51,588 reports of suspicious financial activity in 2019, down 30 per cent compared with 73,889 in 2018.

More than 92,000 such transactions were reported in the whole of 2017, and it was the most the unit had received in a single year since it began publishing figures in 2012.