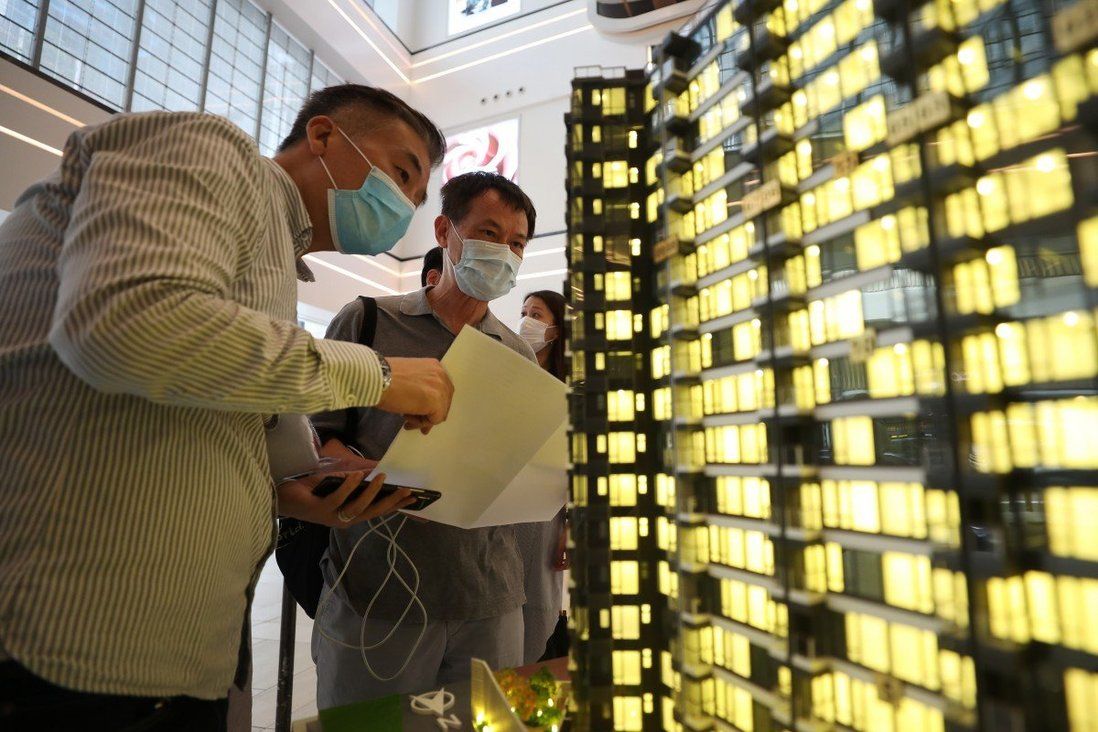 While development chief Michael Wong does not give exact figure, he notes suggestions of setting starting point at 200 sq ft.

Hong Kong could require property companies to build flats measuring at least 200 sq ft, the development minister has said, but even that size is much smaller than the bare minimum recommended by a government adviser and a ­research group.

Secretary for Development Michael Wong Wai-lun made the suggestion on Friday as he acknowledged cramped living spaces were a “pain point for society”. While he did not specify what the minimum would be, he noted recent suggestions of setting the starting point at 200 sq ft or 210 sq ft for the private sector.

“There are still many factors to think about, but we will consider doing it in future,” he said at a press conference.

Wong also said that new public housing flats could be 10 or 20 per cent bigger than their current size – but only more than a decade later when land supply was more abundant.

Introducing a minimum in private construction and increasing the size of public flats demonstrated the government’s commitment to fulfilling Hongkonger’s hopes of more living space “was not empty words”, Wong said, adding: “We can do it, but it will take time.” 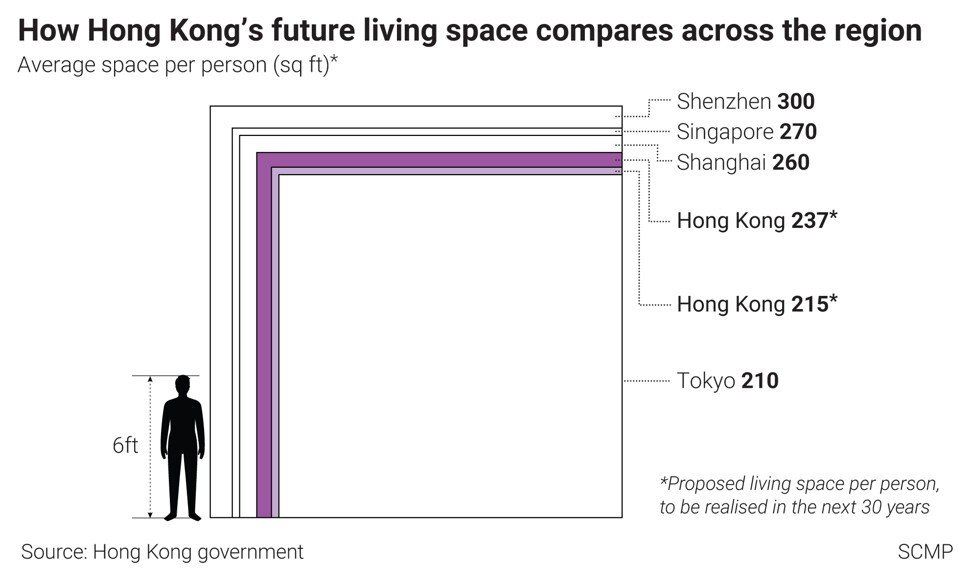 The median floor area per capita is 161 sq ft, based on the 2016 census, and as home prices continue to outpace what most people can afford, developers have turned to building smaller flats.

A report by Liber Research Community, a civic group that focuses on housing and land issues, found that private developers built 10,900 nano flats – which the group defines as ones not bigger than 260 sq ft – over the past decade. They made up 10 per cent of the new homes last year.

But the flats often lack an enclosed kitchen or bedroom, and in many instances, do not have any windows in the bathroom.

Liber and other groups, including the Democratic Alliance for the Betterment and Progress of Hong Kong (DAB), have called on officials to impose a minimum size for new homes. Liber has suggested 260 sq ft would be a reasonable starting point, while the DAB has proposed 200 sq ft.

Martin Wong, director of research and consultancy for Greater China at Knight Frank, said stipulating a minimum size for private flats was “a good move” to help improve the living standard of residents. 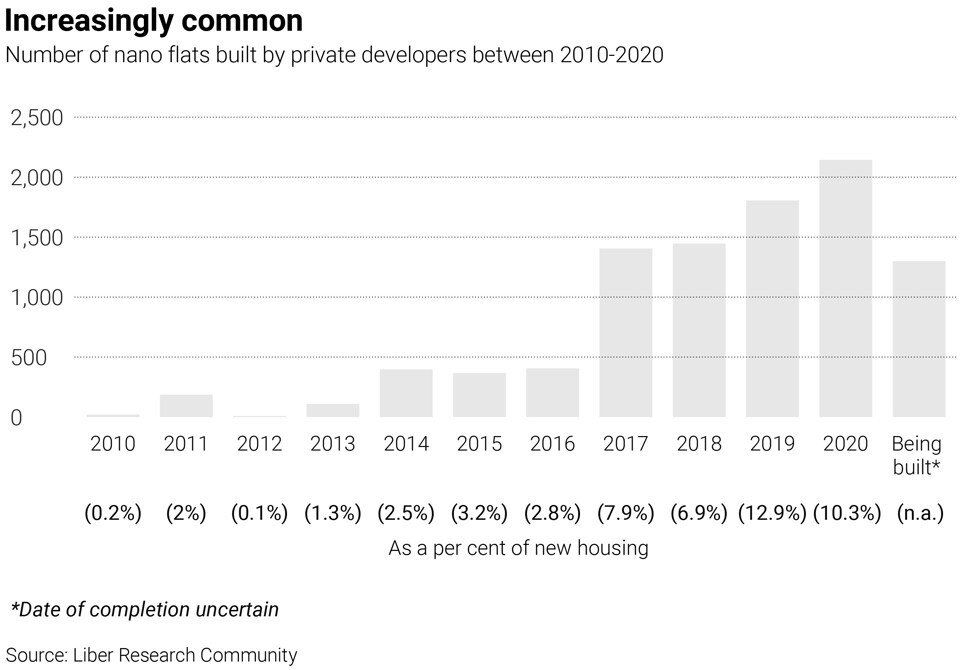 But he also warned it could be technically challenging for homes to meet the requirement at small sites, particularly ones in cramped urban areas.

“There could be site-specific constraints to come up with a design to maximise the gross floor area while having all units sized over 200 sq ft,” he said.

Lawrence Poon Wing-cheung, a housing policy expert at City University and member of the Town Planning Board, said 200 sq ft was too small but added the government had to set a standard that struck a balance between affordability and living space.

“We must take the middle ground. Some people may be priced out if the minimum size is set too high, but at the same time, flats are built to last for a long time so they cannot be too small either,” he said.

“Officials can use 210 sq ft as a starting point and then review the policy in the next five years to see how the market reacts. Ideally, private flats should be at least 230 or 250 sq ft, but we must ensure that people can still afford to live in these homes.”

Secretary Wong also said public-sector homes could be built 10 to 20 per cent larger than the current standard in the first phase of the Lantau Tomorrow Vision – a plan to create massive artificial islands in waters east of Lantau Island.

The first homes are slated to be ready in 2034. Larger public housing flats are also planned for the Northern Metropolis leader Carrie Lam Cheng Yuet-ngor proposed in her policy address on Wednesday.

Wong noted that the average home for a four-member family was less than 400 sq ft, and under the most “optimistic” scenario of a 20 per cent increase in size, the flat would be about 480 sq ft.

Lam said in her policy blueprint that Hong Kong faced a shortfall of 3,000 hectares of land for housing, and economic and recreational projects between now and 2048.

According to Wong, that forecast, which is 1.5 times more than the 1,200 deficit projected in 2016, had taken into consideration people’s aspirations for more spacious homes.