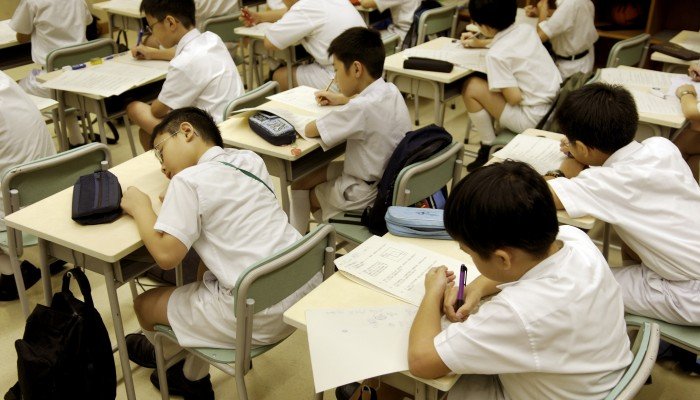 Hong Kong children have been sacrificing their future for nothing

We are all at fault for failing our young, but those who threw them at the barricades are the worst.

Young people thought they were fighting for their future. Many ended up sacrificing their own in the widespread unrest from last year. Hong Kong’s greatest tragedy is not that some self-styled democracy fighters are now facing the music in the courts, but that the career and education prospects of a whole generation of young people have been put on hold.

There are those facing charges or have already been charged. Then there are others who didn’t take part in the unrest, but they or their parents have lost confidence in the local education environment and are going to the mainland or overseas to pursue proper education. Who can blame them when you are surrounded by schoolmates more interested in fighting police than studying?

In the latest survey by the Hong Kong Federation of Education Workers, more than 95 per cent of 231 local kindergartens, primary and secondary schools polled have reported students withdrawing over the past few months, with most pursuing studies on the mainland or aboard. Mainland Chinese schools? Yes, where your child can study properly and undisturbed.

It also found that 70 per cent of school principals were worried more students would leave if the health crisis continued.

Meanwhile, the number of secondary school graduates applying to local universities has fallen to a new low as they continue a multi-year-long downtrend.

Many observers say the social unrest that has turned campuses into battlegrounds has been a main deterrent. This has contributed to the 6.4 per cent drop in applications for the 2020 academic year.

But the most depressing statistics are from the police. Since last June, more than 10,000 people have been arrested for offences related to the unrest. Of these, 40 per cent are students and 17 per cent are under the age of 18.

Among the charges they face are attempted murder, rioting, arson, bomb-making and weapon possessions. So far, only about 2,200 cases have been processed through the courts, with about 550 convictions.

We are all responsible, but those who have been ruthlessly politicising primary and secondary school campuses and encouraging children to riot are the worst. They know who they are.

Maybe the city’s political system, and its failure to provide for universal voting for the chief executive, is ultimately to blame. But I would go for a much shorter chain of causes and effects.

Who are the ones who have been throwing children at the barricades?