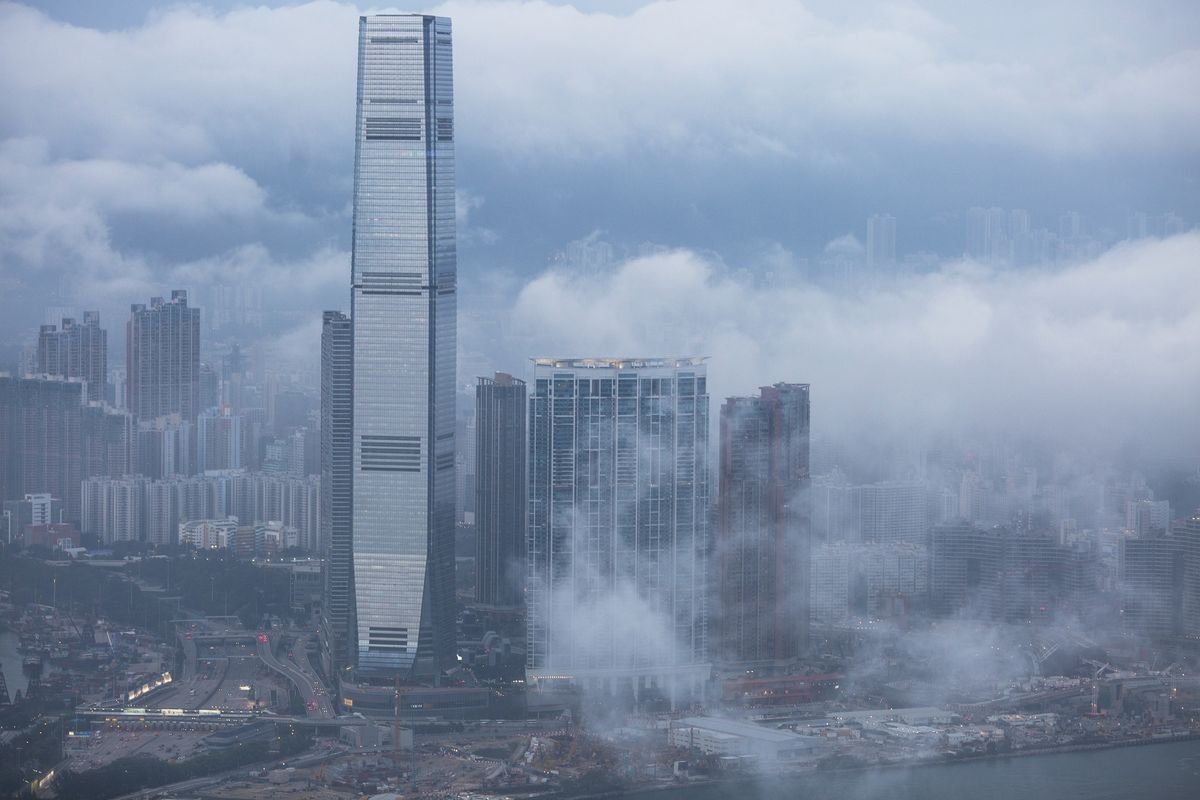 Hong Kong Bankers Are Losing Their Jobs to China Rivals

While the shift has long seemed inevitable given the expanding pool of mainland talent and dominant role of Chinese issuers in Hong Kong, the recent pace of change has jolted even some industry veterans. They say it’s partly explained by a reluctance among Chinese securities firms to hire and promote Hongkongers after anti-government protests rocked the former British colony in 2019.

WATCH: Hong Kong bankers are being overtaken by their mainland Chinese counterparts.

Locals’ share of investment banking jobs in the city has slumped to about 30% from 40% two years ago, with 60% of roles now filled by mainlanders and 10% by overseas nationals, according to Robert Walters Plc, a recruiting company. The trend has been similar in the industry’s upper echelons, where mainlanders account for more than half of senior roles, estimates from executive search firm Wellesley show.

The figures underscore the uncertain economic future facing even well-to-do Hongkongers, many of whom thrived for decades by acting as financial intermediaries between a rising China and the rest of the world. While some in the industry have enjoyed relative stability in roles like trading that rely less on client relationships, those jobs are also under threat as China makes it easier for global firms to bypass Hong Kong and access onshore markets directly.

“With such a vast percentage of deals coming out of mainland China, it’s understandable that many of those relationships are owned by mainland Chinese bankers,” said John Mullally, regional director at Robert Walters in Hong Kong. He said mainlanders comprised just 15% of the industry 20 years ago, before widespread access to study abroad programs and other international experience helped China narrow its skills gap with Hong Kong.

The new environment has stymied even some of the most experienced Hong Kong bankers.

Tse, a former managing director at large U.S. and European investment banks who now works at a mid-sized mainland Chinese brokerage, said he’s had a hard time cracking the inner circle at his new firm. His salary is about the same now as it was more than a decade ago, and mainland hires in his division outnumber Hongkongers by four-to-one.

“Most of the Hong Kong bankers, including myself, are learning how to toe the Chinese line,” said Tse, who asked that his full name not be used because he’s not authorized to speak to media. “The cultural shocks and differences are still immense.”

Hong Kong bankers’ careers “will be doomed” if they don’t learn to adapt to an industry increasingly dominated by Chinese clients and employers, said Michael Ngai, a former managing director at UBS Group AG who’s now chairman of The Red Group, an investment firm. He’s also a member of the National Committee of the Chinese People’s Political Consultative Conference, the country’s top political advisory body.

As the supply of bankers from the mainland has increased, pay packages across the city have dwindled. Compensation for senior roles has dropped 15% to 20% over the past five years, said Christian Brun, chief executive officer at Wellesley. Senior managing directors typically take home anywhere from $850,000 to $1.75 million, versus $1 million to $2 million in 2015, according to a person familiar with the matter who has several hiring mandates with bulge-bracket firms in the region.

And it’s not just Chinese firms in Hong Kong that are hiring and elevating employees from the mainland. Morgan Stanley has promoted about 15 managing directors from mainland China since 2016, compared with 11 Hongkongers, according to company announcements analyzed by Bloomberg.

Goldman Sachs Group Inc. appointed three Chinese nationals to its most recent partner class in 2018, the most ever from the country. The group included China investment banking head Wei Cai, the first person hired by the U.S. bank as a partner for China. The firm’s senior promotions for Hongkongers in recent years have mostly come in areas that are less client facing, such as trading, research and support functions.

“More than 90% of the searches we conduct in Hong Kong require mandarin fluency at least and a strong preference for PRC candidates,” said Brun, referring to the People’s Republic of China, the country’s official name. That has also left fewer opportunities for expatriates from places like Britain and America, who accounted for just 7% of senior hires in Asia at the region’s eight biggest bulge-bracket investment banks, Brun said.

While several of their high-profile peers have left the industry in recent years, they’ve mostly landed on their feet. Edward Lau, a former director at Deutsche Bank AG, is now a deputy chief financial officer at New World Development Co., one of Hong Kong’s biggest property companies. Mervyn Chow, who ran Greater China for Credit Suisse, left in 2018 for investment giant Hillhouse Capital.

One potential advantage for local bankers is that they face a more favorable tax regime in Hong Kong than their mainland peers. China’s government recently began imposing a levy on its citizens’ offshore income, a decision that could leave mainland bankers in Hong Kong paying triple the local rate as well as footing the bill for the city’s sky-high living costs. Some are already considering moves back to China if their employers don’t increase salaries to offset the new tax.

The long-term risk for Hongkongers is that the city’s role as a financial hub starts to fade. China’s imposition of a sweeping national security law on Hong Kong has blurred the lines between the two jurisdictions, and the threat of economically crippling sanctions from the Trump administration still hangs over the city. Meanwhile, international financial firms have recently been given a green light from Beijing to build up their operations on the mainland.

Over the past three years, Morgan Stanley has already moved 15 bankers and executives to its China venture from locations including Hong Kong. UBS has relocated about five employees from Hong Kong to Beijing, while Credit Suisse shifted two executives to the Chinese capital to head its securities venture.

Foreign banks will find it much cheaper to hire staff on the mainland, according to Eric Zhu, head of financials at recruiter Morgan McKinley. Employing a first year analyst at bulge-bracket firm in China costs around $51,000, compared with as much as $100,000 in Hong Kong, he said.

“The biggest influence on this trend came in the change in regulations allowing international firms to have control of their onshore entities,” said Brun, who opened office in Shanghai this year. “Everything else, including the Hong Kong protests, the political turmoil, and the U.S.-China grind all simply accelerate and concentrate the move onshore.”

Almost a year ago, 26-year-old Luoba Nijinmo moved her family into a brand-new housing estate called “Gratitude Community” in southwest...
×