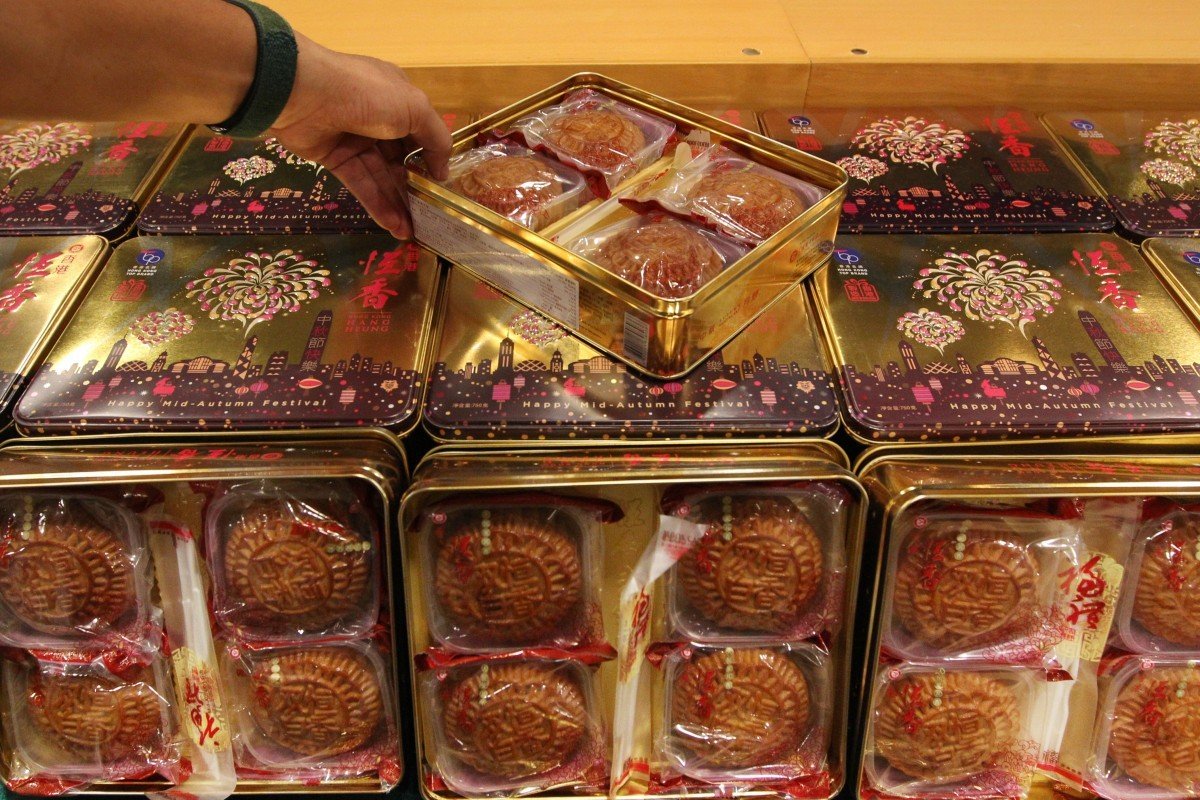 Second time the Hang Heung Cake Shop, founded in 1920, is targeted by bootleggers within three years.

The suspected ringleader of the enterprise accused of making the counterfeits in mainland China was detained during a raid of a Yuen Long warehouse on Friday, senior superintendent Tse Kwok-keung, of the Customs and Excise Department’s Intellectual Property Investigation Bureau, said on Monday.

The arrest of the 77-year-old man came hours after a customs swoop on a restaurant in the same district that was selling mooncake knock-off brands and vouchers. The restaurant’s director and two staff members were taken into custody.

Tse said it was the second time in three years the cake shop – which has its flagship store in Yuen Long and marks its 100th anniversary this year – was the victim of trademark forgery involving its mooncakes, which are the quintessential delicacy of the upcoming Mid-Autumn Festival.

The fake products were distinguishable from the genuine ones because the gang used carton boxes rather than metal tins as packaging, he added.

Explaining why the syndicate used a different package design, Tse said he believed the counterfeiters were trying to market the fakes as a “Hong Kong brand but manufactured in mainland China”. Customs revealed details of the mooncake operation on Monday.

“We believe the syndicate mainly targeted consumers in mainland China, but a small quantity of the fakes were circulated in Hong Kong,” he said.

Tse said Hong Kong customs would seek help from their mainland counterparts to track down the production plant if necessary.

Customs officers began investigating the counterfeiting syndicate a week ago when customers tried to redeem the vouchers for mooncakes, only to be told the slips were fake.

On Friday, they raided the Yuen Long restaurant, arresting one man and two women, while seizing 170 boxes of fake mooncake and 200 vouchers. The trio included its director.

The four suspects, aged between 39 and 77, were released on bail pending further investigation.

Under the Trade Descriptions Ordinance, those who sell goods bearing a forged trademark face a jail term of up to five years and a HK$500,000 fine.

In a follow-up raid of the warehouse later that day, customs officers detained the 77-year-old man and confiscated another 170 boxes of counterfeit mooncakes.

According to the Customs and Excise Department, the estimated market value of the seizure was about HK$90,000 (US$1,160).

To attract consumers, Tse said a box of the fake-brand mooncakes was sold at a price 30 per cent lower than what the cake shop charged for the genuine product.

“We will arrange to send those counterfeit mooncakes to our government laboratory for food safety testing,” the senior superintendent said.