Wong won the best actor award for playing a Hong Kong taxi driver helping a Pakistani refugee boy in The Sunny Side of the Street.

Dubbed the Chinese-language Oscars, the Golden Horse awards took place for the fourth straight year without most of the Chinese and Hong Kong A-listers who used to walk the red carpet in Taipei.

Beijing officially boycotted the event in 2019 after a Taiwanese director advocated for the island’s independence in an acceptance speech the year before. 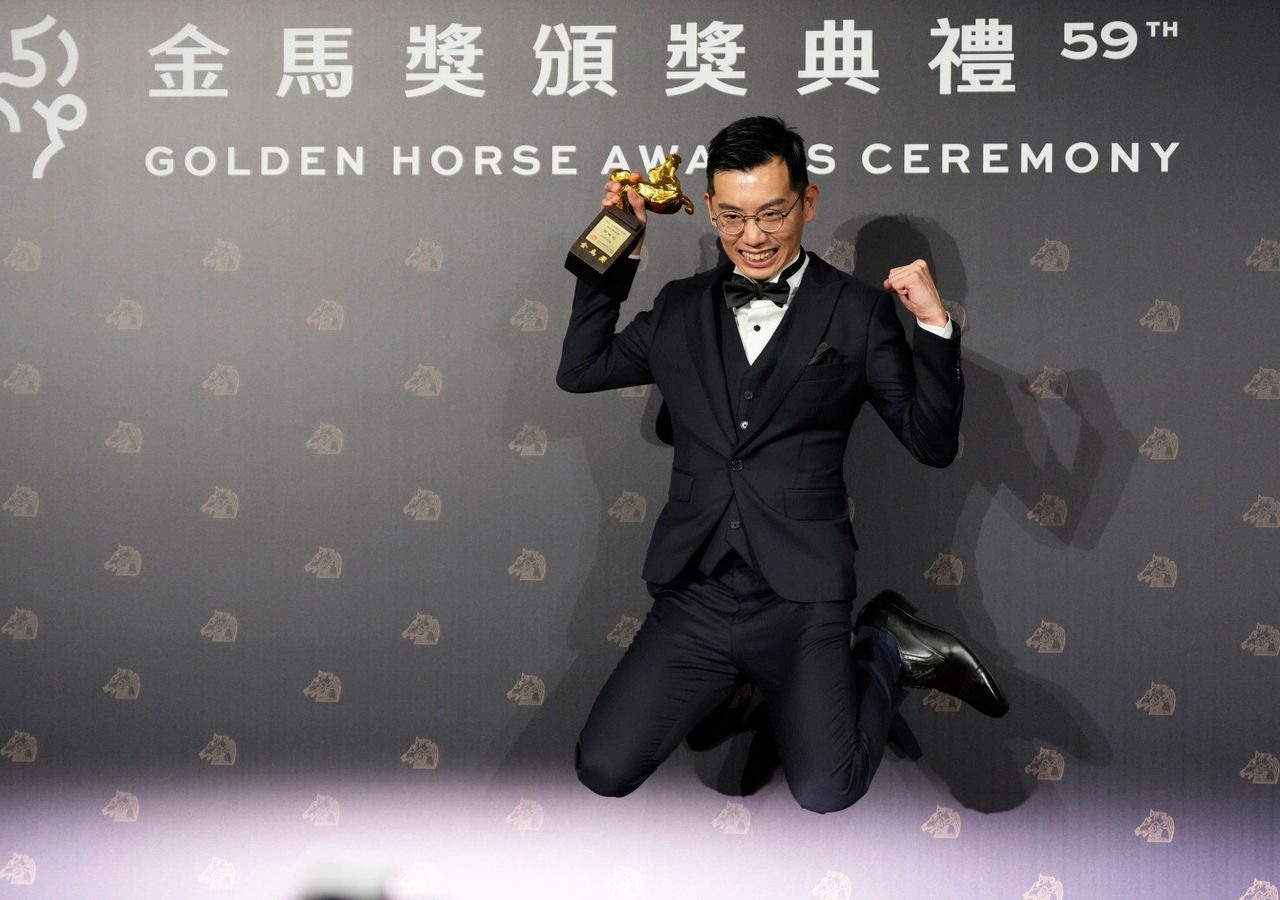 Malaysian director Lau Kok-rui with his awards for best new director and best original screenplay at the Golden Horse Awards in Taipei, Taiwan on Saturday.
Mainland China claims self-ruled democratic Taiwan as part of its territory and has long blacklisted its entertainers over any perceived support for independence.

Wong was reportedly declared persona non grata by Chinese authorities for backing Hong Kong’s 2014 pro-democracy Umbrella Movement and a supporter of the city’s independence, which he denied.

He won the award for best actor – his first prize on his third nomination – for playing a Hong Kong taxi driver helping a Pakistani refugee boy in The Sunny Side of the Street.

“I think new directors bring me luck and I should only work with new directors for my future films,” Wong joked at the ceremony as the crowd erupted into laughter.

He was referring to Malaysia’s Lau Kok-rui, who won the awards for best new director and best original screenplay.

The Sunny Side of the Street was among seven Hong Kong films in the running this year in a strong showing for the semi-autonomous Chinese territory.

Five Chinese independent films were also contending, although there was still no submission of a feature-length film or major commercial release.

Chinese director Huang Shuli’s documentary short film Will you Look at Me was the only work from the mainland that bagged a prize.

“There are so many fears in the world … but I believe love can conquer fear,” Huang said in a rare appearance by a Chinese filmmaker at the ceremony.

“I hope everyone can keep making (films), and face the world and face yourself honestly”. 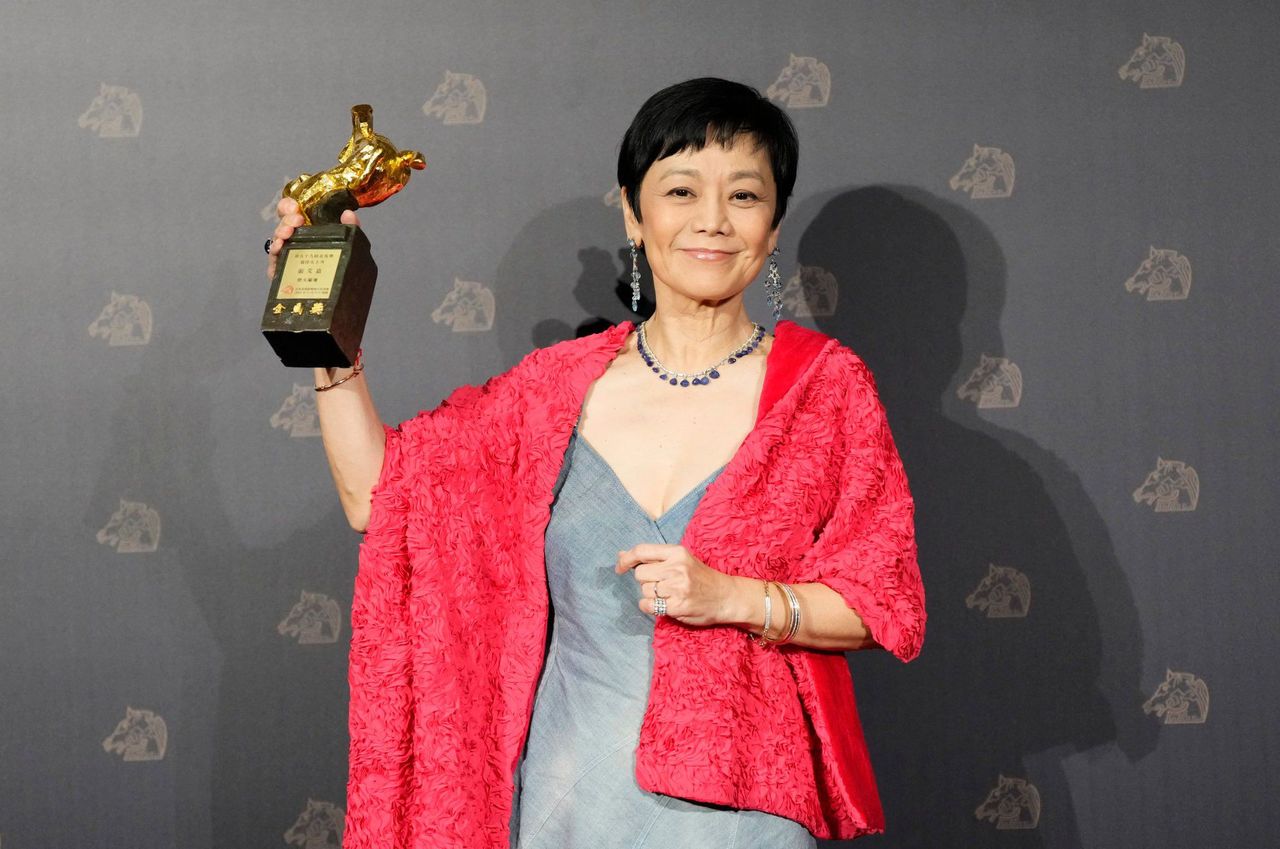 Taiwanese actress Sylvia Chang holds her award for best actress at the Golden Horse Awards in Taipei, Taiwan on Saturday

There were only two nominations from China in both 2020 and 2021 in the best documentary and animated short film categories, but no winners.

Huang’s film, about a conversation with his mother on acceptance of his homosexuality, was a Queer Palm best short film winner at the Cannes Film Festival.

Hong Kong crime thriller Limbo led the pack with 14 nominations but walked away with only four technical awards.