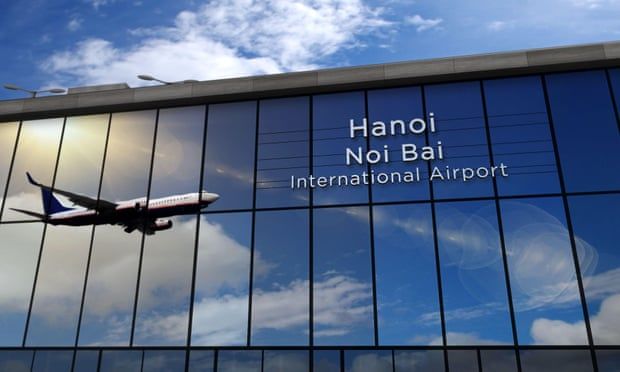 Almost half of the Vietnamese migrants forcibly removed from the UK on a Home Office charter flight are understood to have been put on the plane in breach of the department’s own rules, the Guardian has learned.

Twenty-seven Vietnamese nationals were removed on Wednesday on the flight, which took off from Birmingham. It is believed to have been booked with the holiday airline Tui, although the company refused to confirm or deny this. Fourteen were enforced returns and 13 were voluntary departures.

According to an email from a government lawyer seen by the Guardian, of the 14 enforced removals, six did not spend five working days in an immigration removal centre (IRC) prior to the flight where they have access to legal advice surgeries and instead were held in prisons or a short-term holding facility for part of that period, where it is more difficult to access legal advice.

Government rules state that everyone should be given five working days with full access to legal advice prior to being removed to give them an opportunity to seek legal advice about whether the planned removal is lawful. As Vietnam is one of the top source countries for trafficking into the UK, there are concerns that some of those deported might be victims of trafficking who are entitled to protection here.

A Home Office spokesperson said: “We complied fully with the due legal process, including ensuring those removed had opportunities for legal advice in this charter flight and to suggest otherwise is completely wrong.” 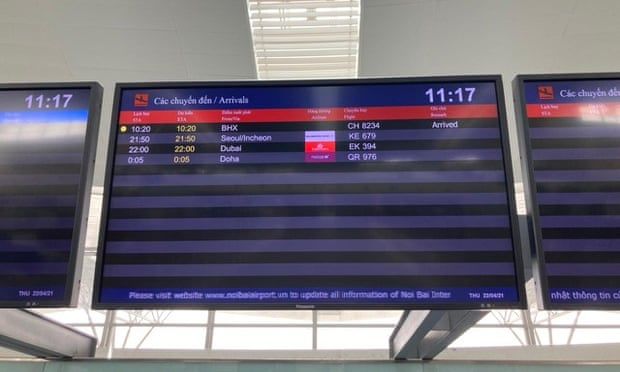 The arrivals board in Hanoi airport shows the arrival of the flight from Birmingham, UK.

Bella Sankey, the director of Detention Action, said: “We understand from the government’s lawyers that at least six people expelled on yesterday’s flight to Vietnam were taken in direct breach of the Home Office’s own removal policy intended to ensure proper access to legal advice. If correct, this is a breach of the rule of law, may have put lives at risk and must be urgently reversed. The home secretary has serious questions to answer – in court if necessary.”

Human rights campaigners have expressed concerns about the safety of the returnees. Phil Robertson, the deputy director of Human Rights Watch’s Asia division, said: “In these cases, Britain should have reflected that Vietnam is a country that punishes unauthorised departure of its nationals and will certainly mount a hostile investigation of these returnees for dissident activities or other undesirable behaviour while they were in the UK.

“Given this reality, Britain should be bending over backwards to ensure opportunities to seek protection are offered, and safeguard procedures are followed to the letter, not trying to rush people on to planes for deportation in the midst of a pandemic.”

Steve Valdez-Symonds, the refugee and migrant rights director at Amnesty International, said: “Amnesty is extremely concerned about reports that several people were forcibly removed from the UK by charter flight to Vietnam without proper opportunity for them to seek or receive legal advice and assistance. There is a serious and wholly unacceptable risk that on this flight were people whose removal was unlawful, including people who are victims of human trafficking and other serious abuses.”

A Home Office spokesperson said: “Those who have no right to remain in the UK should be in no doubt of our determination to remove them and our new plan for immigration will make this process easier. At all immigration removal centres individuals are able to contact their legal representatives by telephone, personal email, fax and through Skype video calls and additional mobile phone credit is also provided. Face-to-face legal visits continue to be held in exceptional circumstances, in line with government policy on social distancing and if no other means of contact are available.”