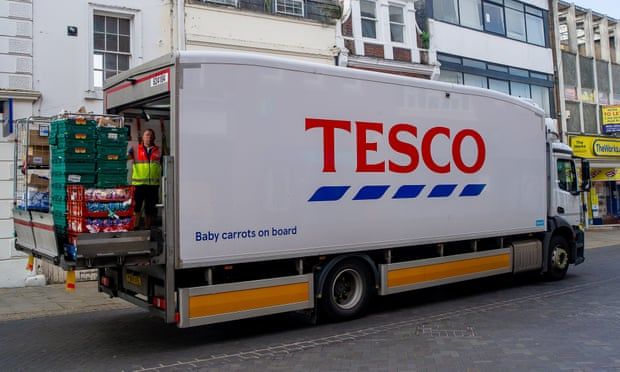 Government plans to tackle the UK’s chronic lorry driver shortage will take at least five months to take effect and will not address the threat of food shortages this summer, industry leaders have warned.

Transport secretary Grant Shapps’ offer to fast-track licensing processes to get an army of new drivers on the road is not enough to fix the problem affecting summer, autumn and Christmas supplies, they said.

They say the shortage of drivers can only be fixed if EU drivers are allowed back in the country.

“While they have laid out some things they would like to do, the way things stand we cannot see a solution this side of Christmas,” said James Firth, head of road freight regulatory policy at Logistics UK, which represents freight owners including supermarkets.

It estimates a shortage of 90,000 HGV drivers including an estimate 25,000 EU truckers who have gone home following Brexit. On top of that there is a backlog of 25,000 applications for trucker driving licences.

Ministers announced a consultation on Tuesday to allow drivers to take one test to drive articulated and rigid lorries to speed up the process of attaining licences for all types of HGVs.

But the plans were criticised by the Road Haulage Association (RHA) for failing to address “critical” short-term issues in the sector.

Firth said the new proposals to clear the backlog of HGV driving tests could not take effect until October at the earliest because they require legislation.

“Our members tell us the only thing that is going to solve this in the short term is flexibility on the immigration system,” he said.

But the government has ruled this out. In a letter Shapps, the environment secretary, George Eustice, and the work and pensions secretary, Thérèse Coffey, said the industry “need to develop people resident in the UK as opposed to specifically providing visas for this group of workers”.

Priti Patel’s new points based system requires low skilled workers coming in to the UK, who are not on the skills shortage list, to have A-levels or equivalent or above, ruling out many lorry drivers.

The industry has said it is exceptionally difficult to attract staff to an industry that is not seen as appealing to young people. One logistics boss told the Northern Ireland affairs committee that it was “embarrassing” that she could not hire new drivers even after hiking salaries 15-20%.

Logistics UK and the Road Haulage Association blame the lack of support, including lack of securing parking for sleeping and showering on the motorways, particularly in Kent.

Last month Unite union said the ban on parking in laybys and the shortage of parking and toilet facilities had left services and lorry parks in the county “chronically overcrowded”, with fights breaking out between lorry drivers trying to secure spots for mandatory rest.

“We have been in a rolling crisis since the beginning of 2020.

“In an industry where we beat ourselves up if we didn’t have 98% fulfilment of our orders to delivery, we are now at 80%,” he said. “What we have seen in the last eight weeks is retailers starting to lower their expectations so instead of five deliveries a week they would go to three days a week.

“The industry can’t forecast two months ahead and don’t have the headspace to think about Christmas,” he added.