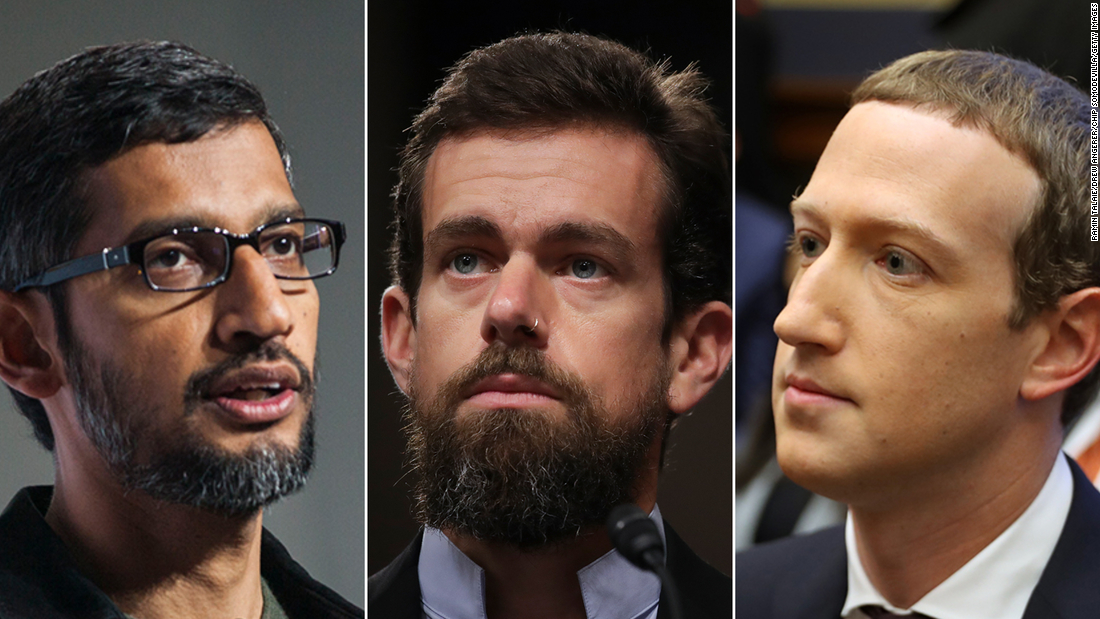 Here's what Big Tech employees are worried about on Election Day

"The shift over time of election results as different types of ballots are fully counted is my biggest source of concern right now," one employee who works on countering misinformation for a major social media platform said on Saturday. "If it isn't a landslide one way or the other, every race that leans one direction and goes another is a potential flashpoint for offline violence."

The days -- and possibly weeks -- after Election Day will be a huge test for platforms like Facebook, Twitter, and Google's YouTube. Doctored videos that could potentially be spread by anyone; fake accounts that could pop up anywhere; and tweets from President Trump himself could all contribute to undermining the result of the election and perhaps even stoke offline violence.

CNN Business spoke to more than a dozen people who are either employees at the major social media platforms working on the teams countering misinformation and extremism or people who work directly with those teams at the companies.

CNN Business granted them anonymity so they could speak about their work more freely.

"My biggest fear at this point is something totally unexpected happening that no one predicted," one Big Tech employee said. "This year we've all been preparing and working through scenarios for every possibility that we can think of, but this year has taught me not everything can be predicted."

One such surprise came just a few weeks ago when, according to US authorities, Iranian hackers posed as the Proud Boys -- a hate group President Trump told to "stand back and stand by" -- and sent threatening emails to possibly thousands of American voters.

Hyping the idea of the threat of the "other side" is something Big Tech employees are expecting around Election Day.

In June, Twitter disclosed that an account, which was purportedly run by the left-wing group Antifa, and which Trump supporters including Donald Trump Jr. had held up as an example of how dangerous Antifa is, had actually been created and run by a known white supremacist group.

In 2016, Russia used fake social media pages to organize real protest events in the United States. In one instance even organizing two opposing events at the same location. The goal of such activity, according to US intelligence agencies, was to exacerbate divisions and inflame tensions in the US.

Multiple people who work for the tech platforms said they see a potential for domestic groups to stoke tensions and violence on the ground and then for foreign groups to possibly exploit that and fan the flames.

But the top concern for two of the Big Tech staffers who spoke with CNN Business wasn't foreign actors, nor some faceless anonymous account. It was
Trump. One said, "the biggest threat to [the] democratic process -- and to societal stability as a whole -- is the President and his party."

That staffer pointed to the President praising his supporters who surrounded a Biden bus on an interstate in Texas over the weekend.

Another employee said if Trump decides on election night or in the following days to prematurely declare victory and certain Fox News personalities support him (even if Fox's own decision desk has not made a call) those claims could quickly spread across social media.

Facebook and Twitter have pledged to put warning labels on such premature posts from candidates -- but the employee said that if a claim is so widespread and gets picked up by outlets like Fox, social media labels won't "make a dent."

"I'm not trying to downplay our role at all," they said, "but sometimes I feel like we're spitting into the wind."

The employee who said Trump was the biggest threat to the democratic process acknowledged that the company they work for plays a hugely significant role in the political conversation, for better or for worse. But all the focus should not be on Big Tech, they believe. "The thing that worries me the most is that it will end up being laid solely at our feet, and not the feet of the massive engine that created and enabled Trump," this employee said.

Another employee underscored the responsibility of news outlets to not engage in speculation that could further conspiracy theories.

"There will probably be a lull in stuff to report after the first wave of results -- and filling that with anxiety over trivial stuff will I think just be conspiracy fodder," they warned.
Add Comment