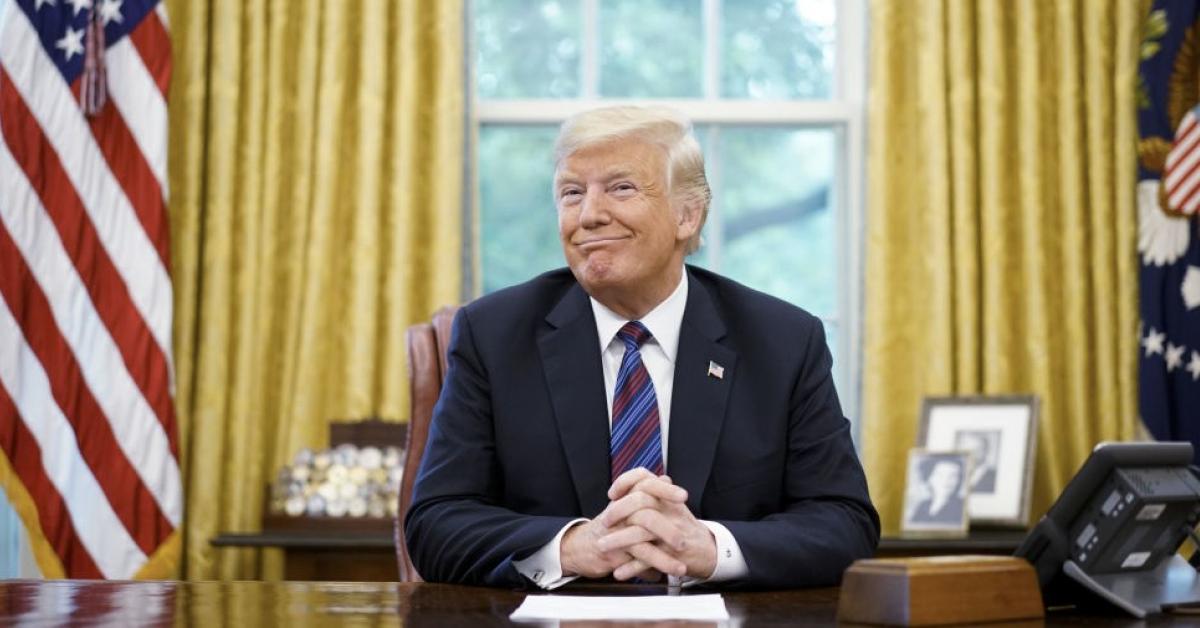 You don't see too many "good news" stories about President Trump these days, but since it's the holiday season, we've got one for you.

The president hired Xavier DeGroat, a Michigan college student, three months ago for a most coveted post: White House intern.

DeGroat, though, is a ground-breaker – he's believed to be the first person with autism to hold the job.

“It means a lot that I interned at the White House and became the first autistic White House intern,” the 30-year-old told Fox News in an interview published Thursday.

DeGroat, an autism advocate and student at Northwood University, where he's studying politics and communications, worked in the presidential correspondence office responding to letters people write to the president. While he didn't have much interaction with the president – aside from meeting him amid a group other interns before a Marine One departure from the White House lawn – he had a face-to-meeting with him a year ago.

That meeting was set up by Rudy Giuliani, Trump's personal lawyer, who told Fox he considers DeGroat "my hero."

"During that 30-minute Oval Office meeting in August of 2019, DeGroat said he talked to Trump about the difficulties for people with autism and how he was working on changes in state and federal laws to improve interactions between law enforcement and people on the spectrum. Trump was impressed," Fox wrote.

The president "really liked him," Guiliani recalled of the White House meeting. "He actually said in the middle of the conversation, 'If you hadn't told me, I wouldn't have known that you were autistic.' "

DeGroat, according to Giuliani, smiled and told the president, "If I started calling you up, you would know I was autistic. I would just call you all the time."

Giuliani added that including people with autism in the work place is good for all involved.

"I think he’s been good for the president and good for the White House. A lot of people have no exposure to people with autism. Or they don’t even realize they’re having it. And once they do, they almost always come away with a very different view of it, and a much more understanding view of it," he said.

The former New York City mayor also said he urged his own staff to be patient with DeGroat.

"The real question is not how much money do you give to these causes, but how much do you really care about people?" Guilliani said.

DeGroat, who founded the Lansing-based Xavier DeGroat Autism Foundation in 2018 to help others with autism overcome obstacles, said he hopes to advise future presidents about autism.

"The White House, at this point, is going to be my permanent institution that I work with to make differences for people on a spectrum," DeGroat told Fox. "I know this sounds interesting or weird, but have you ever heard of Billy Graham? I want to be considered the evangelist for autism to all presidents in the future."
Add Comment