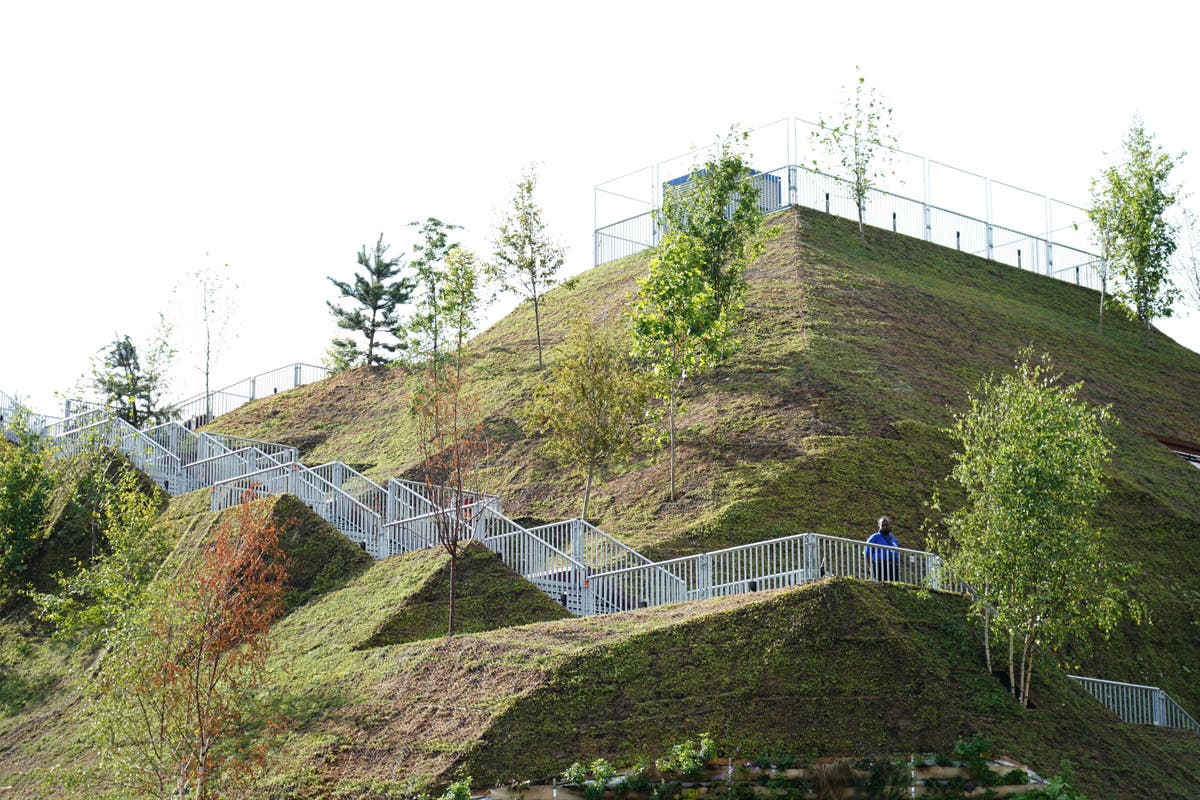 The attraction, which came in almost at almost double its budget and was maligned by visitors, is set to close on Sunday

The heavily criticised Marble Arch Mound is set to close this weekend.

The 25m high man-made hill, which sits at the corner of Hyde Park and Park Lane will no longer be open after Sunday.

The attraction was commissioned by Westminster City Council with a budget of £3.3 million but by completion it had cost almost double that at £6 million.

Refunds were offered the day after it opened to the public on July 26 following what the authority called “teething problems”, with visitors complaining it was still a building site.

One branded it “the worst thing I’ve ever done in London” while others made mocking remarks, including comparing it to an abandoned theme park. 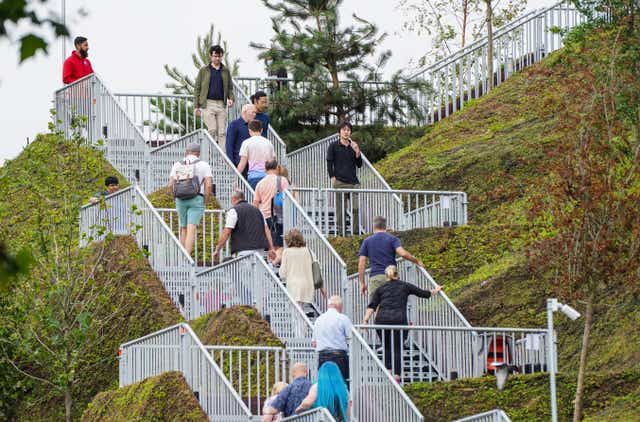 Visitors at the Marble Arch Mound, which will close on Sunday

Council leader Rachael Robathan announced in August her deputy Melvyn Caplan had resigned with immediate effect after the “totally unacceptable” rise in costs.

The Mound, planned by Dutch architect company MVRDV, was designed to give views of the capital’s Oxford Street, Hyde Park, Mayfair, and Marylebone.

It was part of a scheme to increase footfall in the shopping district as lockdown restrictions eased.

Tickets first cost up to £8 but entry was made free following the initial negative reaction from tourists.

Despite the poor reception, the hill has had around 250,000 visitors.

A council spokesperson said: “The Mound has done what it was built to do – drawn crowds and supported the recovery in the West End.

“Central London’s economy has suffered more than any other area during the pandemic. With footfall slashed and near total loss of overseas tourists many businesses have faced oblivion.

“We’re really pleased that nearly 250,000 visitors have come to Westminster to see The Mound and the terrific light exhibition inside. Those visitors have gone on to spend money in shops, bars and restaurants across the West End – helping local businesses to get back on their feet.” 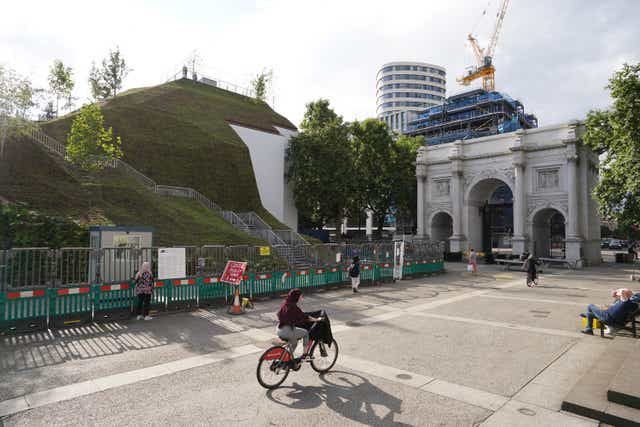 The artificial hill was built on a scaffolding base, with layers of soil and plywood forming the mound which has a hollow centre with space for exhibitions and displays

The mound, as the name suggests, was erected beside the iconic Marble Arch monument and was covered with grass and young trees.

Visitors are able to ascend the structure via a path to see what the council described as “views never seen before by the wider public”.

But, following an internal review, the council apologised and said it “must learn the lessons of the Mound project”.

The review concluded a series of errors in judgement, coupled with a “lack of sufficient oversight” led to the failure.

It also found “robust” processes were “circumvented – driven by the desire to open the Mound as soon as possible” – a failure which the council admitted was “unacceptable.”

The Mound is due to be deconstructed, a process which could take up to four months, with the materials – including trees and plants – reused.