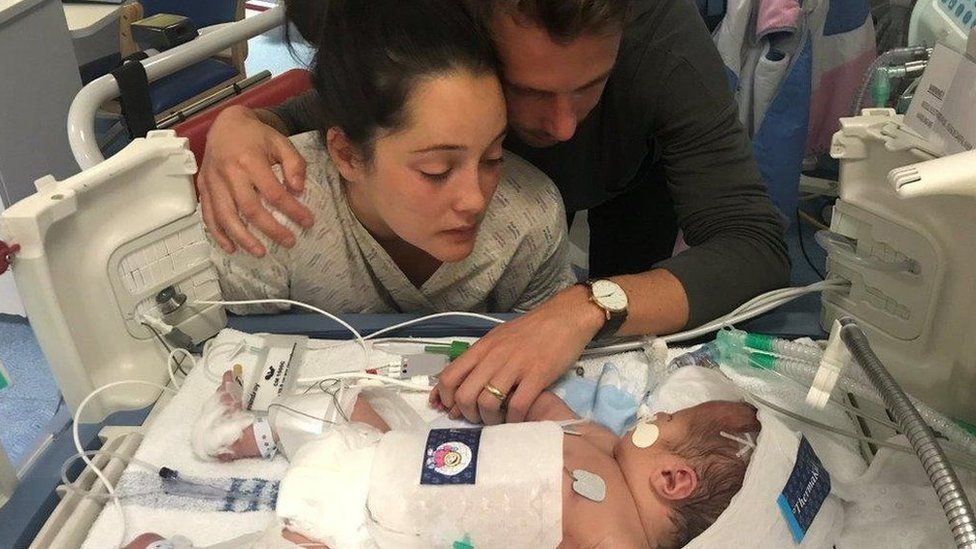 An NHS trust has admitted failing to provide safe care and treatment for a mother and her baby boy, who died seven days after an emergency delivery.

Mother Sarah Richford said it brought "some level of justice" for baby Harry's death in 2017.

Lawyers for the East Kent Hospitals Trust pleaded guilty to the charge at Folkestone Magistrates Court.

The trust said it had made "significant changes" and would "do everything we can to learn from this tragedy".

Mrs Richford said: "Although Harry's life was short, hopefully it's made a difference and that other babies won't die".

She added: "If somebody had done this before Harry was born he may be alive today."

The prosecution by the Care Quality Commission followed an inquest in 2020, which found Harry's death was wholly avoidable and contributed to by neglect at Margate's Queen Elizabeth the Queen Mother Hospital.

The inquest found more than a dozen areas of concern in the care of Harry and his mother, including failings in the way an "inexperienced" doctor carried out the delivery, followed by delays in resuscitation.

Coroner Christopher Sutton-Mattocks criticised the trust for initially saying the death was "expected", adding that an inquest was only ordered due to the family's persistence. 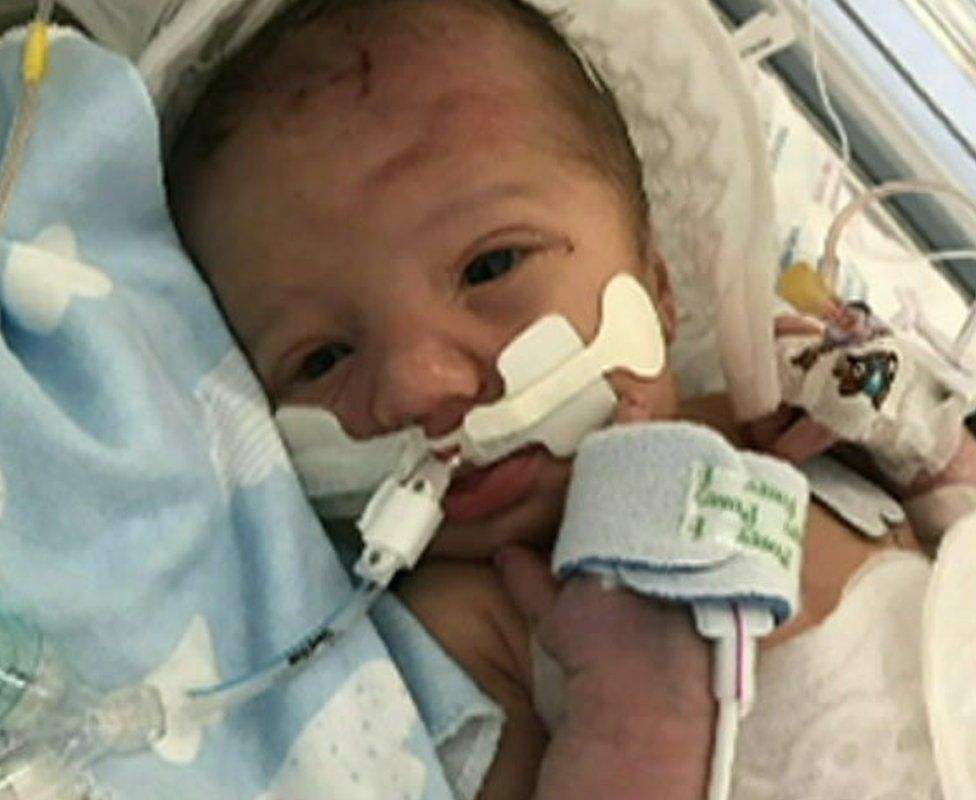 The rate of neonatal deaths and still births at the trust had both fallen since 2020, Harry's family said in a statement.

"This proves that with the right level of focus, leadership and attention, babies' lives can be saved," they said.

"Harry's life and our sacrifice has made a significant difference here in East Kent and it must be maintained."

An independent review of maternity services at the trust is ongoing after a series of failings led to the deaths of up to 15 babies.

When you meet the Richford family you realise that they have spent the last three and a half years simply trying to find answers to what happened to baby Harry.

There have been some key moments in their relentless pursuit of those answers.

The trust's own investigation threw up more questions than answers, a Royal College report highlighted serious concerns with the maternity department two years before Harry died, while the coroner's inquest found his death was wholly avoidable.

The family have always maintained they wanted to see improvements in the maternity departments in Margate and Ashford and they tell me they take comfort from the fact that some improvements do appear to have taken place in recent months.

The trust admitted one count of failing to provide safe care and treatment resulting in avoidable harm to Harry and Sarah Richford.

It will be sentenced on 18 June.

District Judge Justin Barron explained to the family "this can only be dealt with by way of a fine," adding: "I do have an unlimited fine available to me."

Chief executive Susan Acott said: "We are deeply sorry that we failed Harry, Sarah and the Richford family and apologise unreservedly for our failures in their care."