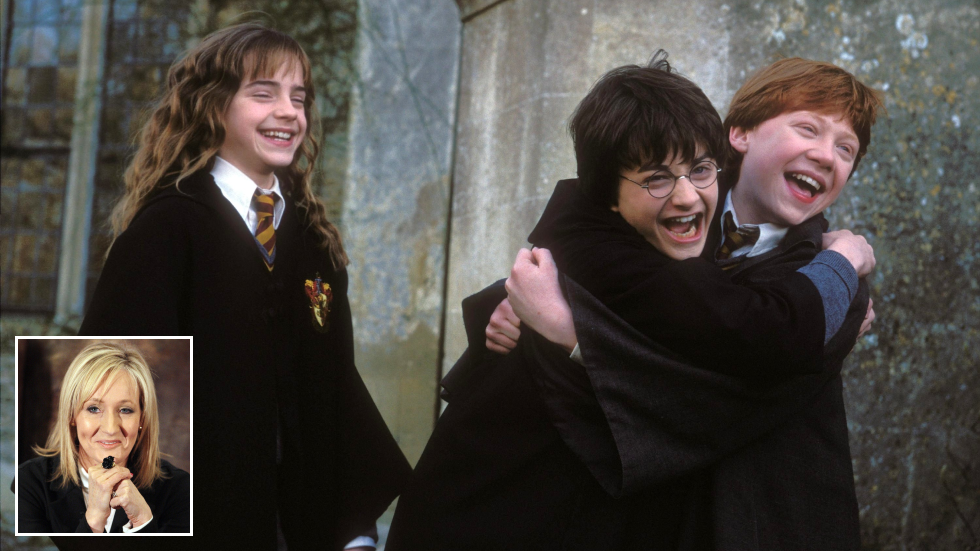 HBO Max will air Harry Potter’s 20th anniversary reunion special, but creator JK Rowling is apparently persona non grata because she dared to speak the truth about the trans movement.

Twenty years ago, the magic of Harry Potter jumped from the page to the screen as ‘Harry Potter and the Philosopher’s Stone’, the first movie in the Harry Potter franchise, premiered in cineplexes across the globe.

Now, after a total of eight films based on books that sold more than 500 million copies, which raked in more than seven billion galleons at the box office, Warner Brothers is celebrating the Harry Potter film franchise with a TV reunion set to air on HBO Max on January 1, 2022.

All the surviving stars of the films and their directors will be there, including Daniel Radcliffe (Harry Potter), Emma Watson (Hermione), Rupert Grint (Ron Weasley) as well as Helena Bonham Carter (Bellatrix Lestrange), Robbie Coltrane (Hagrid), Ralph Fiennes (Voldemort), Gary Oldman (Sirius Black), and even Draco Malfoy himself, Tom Felton.

But, like a god cast out of an Eden of her own making, JK Rowling, creator of Harry Potter and literary hero to a whole generation of readers, will not be there to bask in the glow of her creative genius.

Neither Warner Brothers nor Rowling have explicitly stated so, but it appears that the author of the Harry Potter books, who was intimately involved in the making of the movies, wasn’t invited to this Harry Potter party.

Rowling’s egregious sin, for which she has been banished from wizarding world and forced to wear a scarlet ‘T’ for transphobe, is that she is a dutiful progressive on nearly every issue imaginable, but she just can’t bring herself to ignore objective biological reality and therefore refuses to fall under the insidious spell of the subjective lunacy of transgenderism.

The Rowling row heated up last year when, in response to an article that used the term “people who menstruate” instead of the word “women,” Ms. Rowling had the temerity to tweet, “People who menstruate, I’m sure there used to be a word for those people. Someone help me out. Wumben? Wimpund? Woomud?”

She followed that up with a tweet saying, “I know and love trans people, but erasing the concept of sex removes the ability of many to meaningfully discuss their lives. It isn’t hate to speak the truth.”

I wholeheartedly agree, but Rowling’s naivete is charming, as anyone with a first year Hogwarts education knows that in our damned world of lies, daring to speak the truth is now considered an expression of violent hate, if not an outright crime.

The author of Harry Potter becoming a scapegoat and being crucified on the ‘T’ cross by trans radicals who live in their own imaginary and fantastical world with a bizarre vocabulary all its own, is such a deliriously delicious turn of events that I can’t help but think Ms. Rowling appreciates both the irony and literary profundity of it all.

Rowling is now the muggle, a person without magical powers, who lives in ignorance of the wondrous wizarding world of the transgender. In her muggledom, she is incapable of understanding the transfiguration – the art of turning one thing into another – of the trans, and is so far lost she can’t see them for the glorious centaurs that they are.

The real magic in this story is the black arts performed by the woke, who have cast a spell that has transformed a resilient woman who left an abusive marriage and rose from abject poverty to build a multibillion-dollar empire, despite being labelled a purveyor of the occult by fundamentalist Christians, by using nothing but the power of her imagination to charm and enchant children and families across the globe, into a pilloried pariah because she “refuses to ‘bow down” to a movement seeking “to erode women as a political and biological class.”

The insipid ‘pronouned’ woke, and those who reflexively support the trans movement, are at war not just with JK Rowling, but with the English language and biological and objective reality.

I’m not a Harry Potter fan, but as I’ve watched her be relentlessly chastised in this culture war battle by these malicious and nefarious nit-wits, I’ve become a fan of JK Rowling.

Unlike the spineless fools at Warner Brothers who have lined their pockets on her creation, and the ungrateful simps like Radcliffe, Watson, and Grint – who probably wouldn’t have careers if it weren’t for Rowling, and who now chastise and shun her – JK Rowling actually has a moral, ethical, and intellectual compass. Unlike them, she won’t play the rigged game of transgender quidditch and bend the knee to appease a loud but absurdly inane movement trying to force everyone to accept a distorted subjective experience as unquestioned objective reality.

Now instead of wasting her time at the HBO Max Harry Potter reunion hob-knobbing with artistic midgets who all lack her genius, resilience, and courage, and who degrade themselves by worshipping at the golden calf of transgender wokeness, Rowling can sit in her castle made of money and bask in her own brilliance, knowing that she alone in the extended Harry Potter world has the most elusive yet magical power of all… integrity.
Add Comment