Mercedes paid the price of sending their cars last in Q3 during qualifying for the 2022 Dutch Grand Prix, neither Lewis Hamilton nor teammate George Russell got to do their final flying laps and ended the session fourth and sixth respectively.

It might’ve easily gone the other way, a smart call to send their cars at the back of the pack for that final all-or-nothing Q2 blast, but Sergio Perez chasing his uncatchable Red Bull teammate, pole winner Max Verstappen, lost it at the last corner, which prompted the yellows that scuppered the two Silver Arrows.

Nevertheless, they showed great potential and in race trim around the tight confines of Zandvoort are sure to be kinder to the W13 than the sprawling high-speed Spa-Francorchamps was a week ago. With Hamilton confident the finicky W13 can look after its Pirelli tyres better than its rival cars.

Hamilton’s best effort in the first part of Q3 was a couple of tenths shy of the benchmark time, and he felt he might have had a serious crack at top spot.

The seven-time Formula 1 World Champion summed up his afternoon at Zandvoort in the Mercedes team report: “That final lap was a good one, coming into the final sector I was definitely up and I saw the car facing the opposite direction and had to lift, that lap could have been good enough for at least third but I’ll see if I can replace that tomorrow.

“I’m happy our car is much, much better this weekend, that’s exciting. Throughout qualifying I was just a tenth behind the Red Bull which gave me a lot of belief that we could just maybe make the difference but it wasn’t meant to be.

Hamilton: I’m really happy with where I’ve got the setup and balance of the car 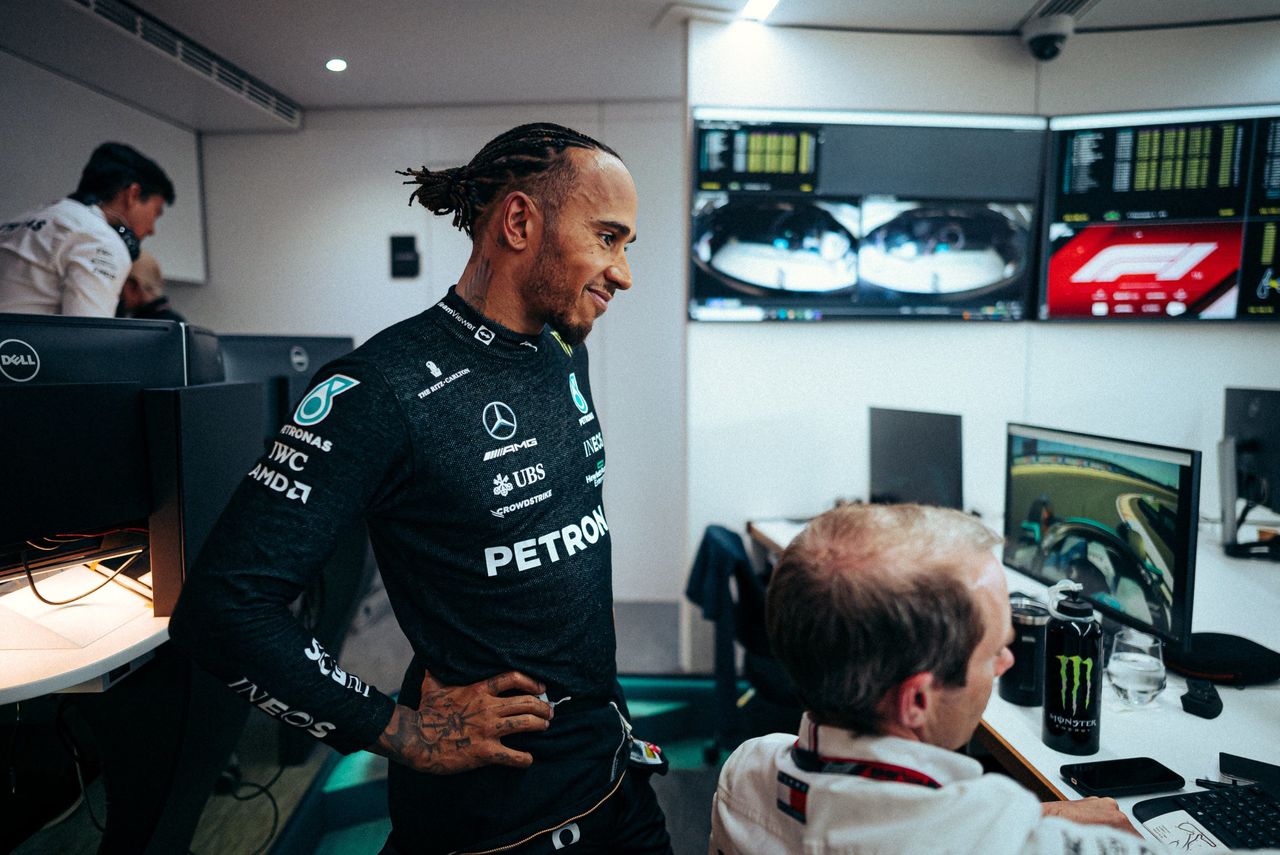 As for the race: Hamilton said: “I hope degradation comes into play tomorrow and we can have the upper hand. The aero characteristics of the car work much better here, last week we had to run our car higher and that small window where our car likes to operate in is much easier to find here.”

Russell gave his side of the story, to Sky F1 after qualy: “The car has been feeling great all weekend and I had a really strong feeling after FP3 but it just didn’t really click for me and I don’t really know why.

“Ultimately it was a a lack of performance in Q2 that cost me in Q3 because we had to take those second set of tyres, so I only had the one set available in Q3 and obviously with the yellow flag, I couldn’t get my lap in. A little bit frustrating.”

Later, in the team report, Russell continued: “I think on a circuit like this, there is so much track evolution and when we are already on the back foot, we felt like we need to give it everything and that was our strategy in Budapest as well.

“The track kept evolving and if you are the last one to cross the line, you are going to hopefully get the best of the track so it goes both ways, you can look like hero or zero.

“And obviously today it didn’t quite work for us but P6 isn’t a terrible place to start and the run into Turn 1 and those first few laps will be vital. But I see no reason why we can’t fight for a podium. I hope the sun comes out and combined with the orange fog, creates a bit of temperature in the atmosphere tomorrow.

“We understand why we were slow in Spa and why we are faster this weekend, so I think these two races have been key to our understanding of how to make a faster car across 23 racec.”

But Russell is in the mood to make some waves on Sunday: “I see no reason we can’t fight for a podium,” he concluded.

Russell lies fifth in the 2022 F1 drivers standings’ on 189 points, 114 down on leader Verstappen, with Hamilton fifth on 146 points; Mercedes, whose drivers have yet to win a Grand Prix this season, are third in the constructors’ table: with 316 points, 159 shy of Red Bull at the top.