Delve into the heart of Europe and discover the Hungarian capital in all its diversity.

Including its metropolitan area, Budapest is one of the largest cities in Central Europe with nearly 3 million inhabitants. It’s a city full of rich history and vibrant culture, and yet despite its relatively large size, its ambience is nothing short of hospitable and humanistic. 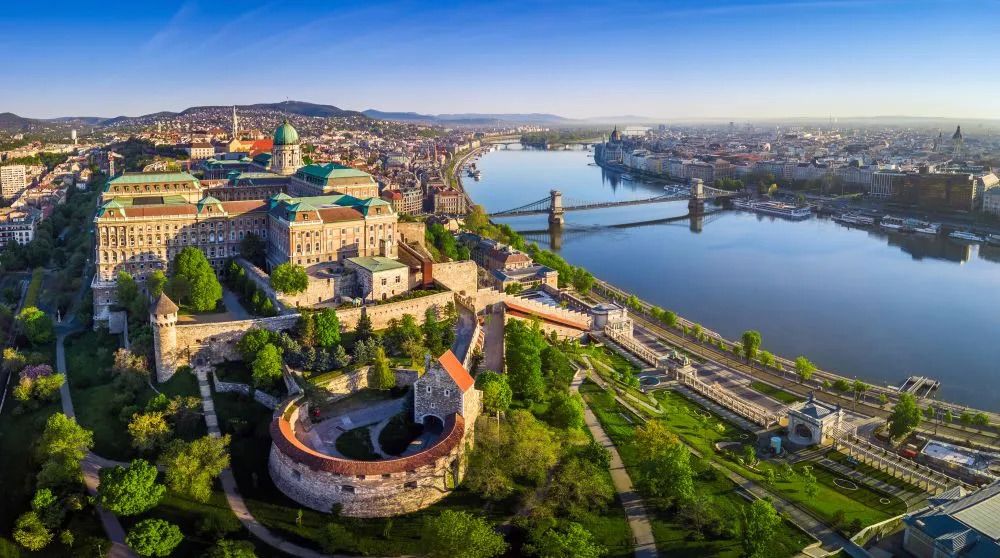 The river Danube flows right through Budapest, splitting the city in two: the western hilly side of Buda and the flatter eastern side of Pest. Both sides have their appeal, but one marked difference between them is that Buda is more residential, while Pest is a place of administration, culture and entertainment. In Buda, you can stroll around hills dotted with beautiful villas, or sit in quaint little cafés. Meanwhile, in Pest, theaters, museums, concerts, shopping malls, nightclubs and the much-loved ruin bars are all at your disposal.

History buffs will know that Buda and Pest were formerly two separate cities, and that today’s amalgamated Budapest was only established on November 17, 1873. In 1950, a few smaller surrounding settlements were officially included in the city’s metropolitan area, expanding it further. 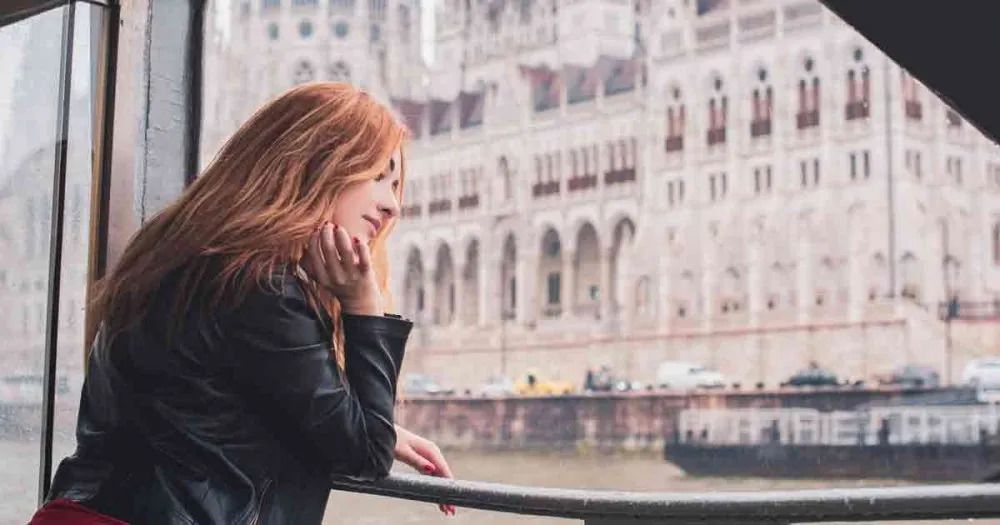 The Danube is quite a marvel in itself (after all, it flows through 10 countries and countless cities, including capitals Belgrade, Bratislava and Vienna), but full advantage should be taken of its sightseeing tours. In bisected Budapest, you get some magnificent views from the boats.

On the Buda side, Buda Castle towers over the landscape, the red-brick Reformed Church on Szilágyi Dezső Square stands close to the bank, and Liberty Statue on Gellért Hill can be seen in all its prominence. You’ll also be able to catch a glimpse of the monument to Bishop St Gellért, who is said to have been martyred on the spot.

On the Pest side, the grandiose Parliament Building and the Corvinus University building (a Unesco World Heritage Site) are the two most distinguishable landmarks. You’ll also be able to spot the modern cultural center, Bálna (“Whale”) — named as such because of its distinctive shape.

The bridges spanning the river are also something to be admired. Sailing under the Chain Bridge is a particularly special experience — it was the first permanent bridge over the Danube in Hungary, opened in 1849. Its significance is reflected by the fact that it’s become an unofficial symbol of Budapest. 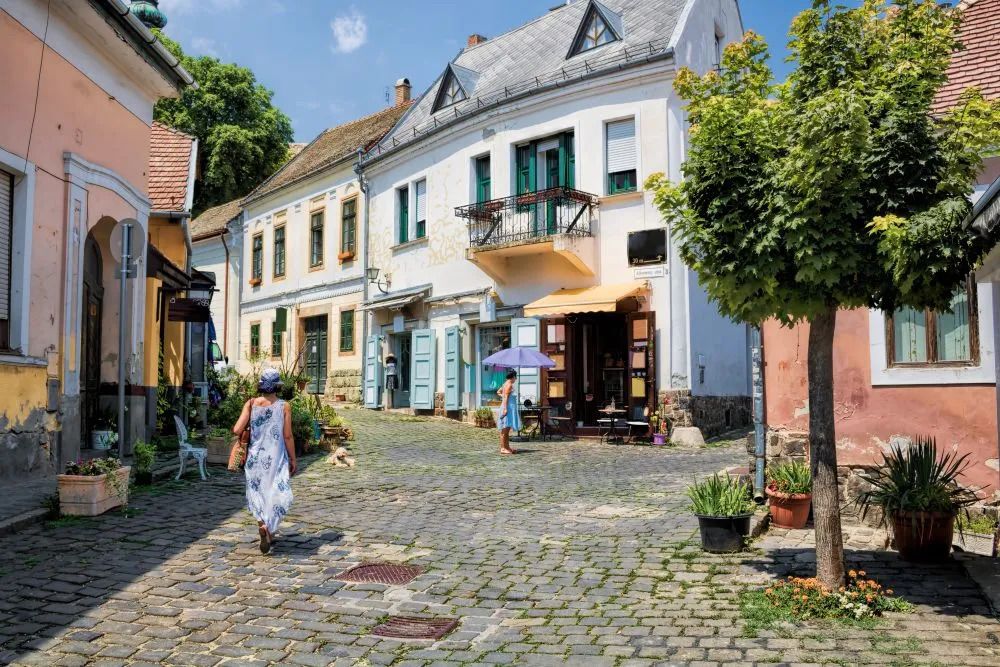 If you have time, you can even take a boat to places on the outskirts of Budapest. The picturesque town of Szentendre is about 30 kilometers away, as is the eponymous Island with its vast acres of rural scenery. The bend in the Danube — potentially the country’s most impressive physical feature — is also in the area. 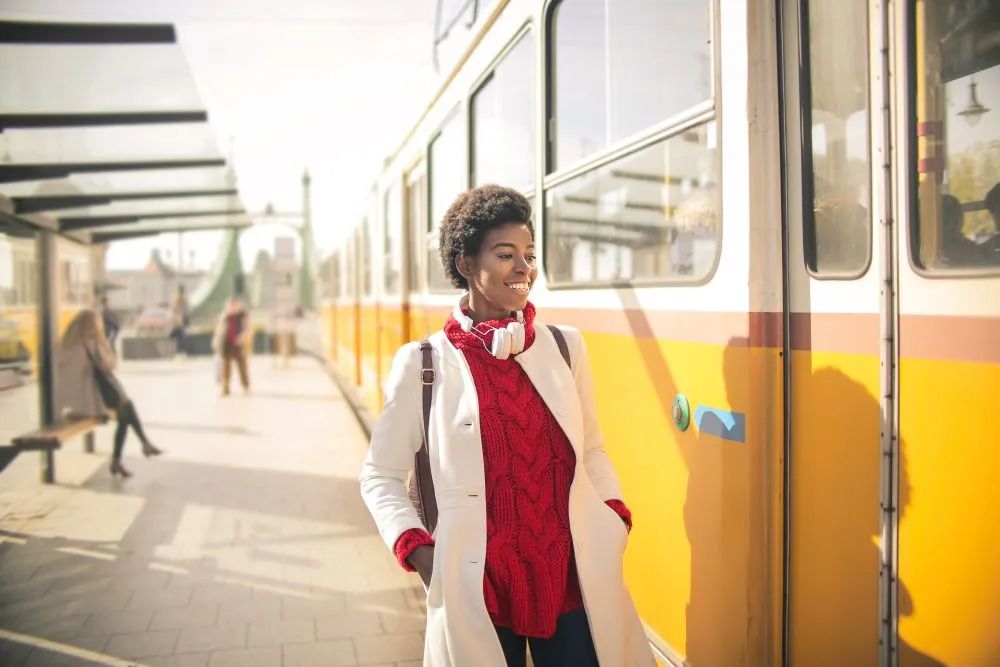 Public transport in Budapest is exceptional

If river cruises aren’t your thing, there are still excellent sightseeing tours on land. Perhaps the best way to explore the city is by hopping on a sightseeing bus — several companies offer this service and they’re pretty easy to find. Or, if you fancy mixing a land tour with a river tour, there’s a special service that does just that — a bus that “floats” on the water after taking you around the city. Cool, right?

Public transport in the city is very good, and is itself a point of interest for tourists. The metro line number 1 — known as the Millennium Underground on account of it being opened 1000 years after the arrival of the Magyars — was the first passenger underground railway line in continental Europe. The trains are newer now, of course, but the architecture of the stations on the line has been restored to that of its day. This line also passes through places of interest such as Heroes’ Square (where the Museum of Fine Arts and the Műcsarnok are located), as well the city’s most famous thermal baths, Széchenyi.

The tram line number 2 is one of the most perfect sightseeing routes in the city. It takes you around the Parliament Building, the Hungarian Academy of Sciences and across the Chain Bridge, and better yet, a ticket will only cost you around €1. Similarly, you can take tram numbers 4 or 6 across Margaret Bridge (which has a direct link to the charming Margaret Island) and visit Nyugati railway station, built by the same company responsible for the Eiffel Tower; or the Oktogon, a popular meeting place for locals in the city center.

Places beyond Budapest are also easily and cheaply accessible by public transport. As mentioned earlier, Szentendre is worth a trip, as is the town of Gödöllő. Gödöllő is most famous for its Royal Palace, where Franz Joseph I’s wife, Empress Elisabeth spent much of her time. It was rumoured that this was the setting for her alleged affair with the handsome aristocrat Count Andrássy, but that’s another story… 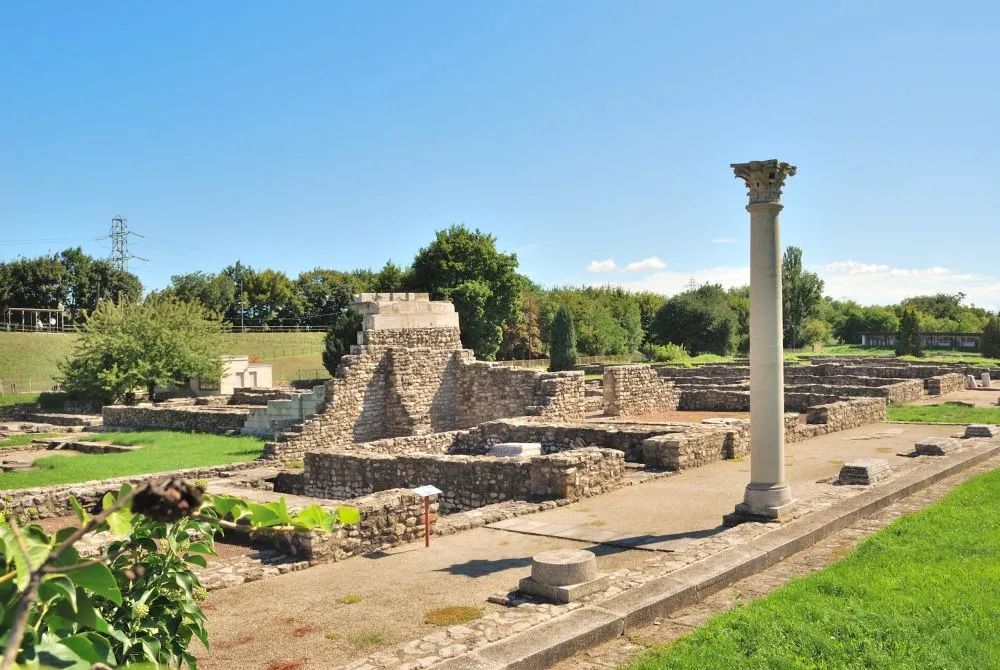 The ruins of the Roman baths in Aquincum

History lovers will find some real treats in Budapest. The area was inhabited as early as the time of the Roman Empire, and there are several memorials, ruins and museums to remind you of this. One part of the city, Aquincum, retains its Latin name, and it’s home to a beautifully restored Ancient Roman complex and museum. The Hungarian National Museum is also worth checking out; it houses important relics of Hungary’s history, including the priceless Seuso collection — also from the Roman period — the discovery and ownership of which has for decades been a subject of international question for the art trade.

Further fascinating little gems include the Ferenc Hopp Museum of Asiatic Arts — a must-see for those interested in Far Eastern culture, the Mai Mano House for photography enthusiasts, and the Ludwig Museum for fans of contemporary art. Another special attraction is the Vajdahunyad Castle in Pest’s Városliget. It contains replicas of several historical landmark buildings, including a castle in Transylvania, which was part of Hungary at the time.

It’s worth noting that many of the museums in Budapest are free on public holidays. What’s more, during the Night of Museums festival in the summer, you can visit as many museums as you like with a single ticket, which handily, is also valid on public transport. 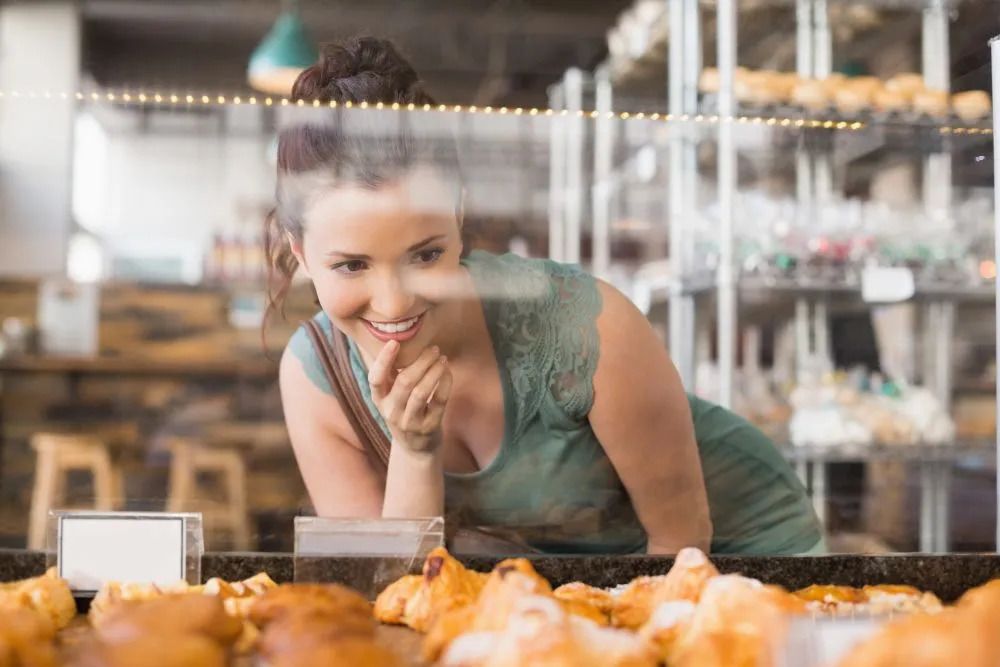 In Budapest, a trip to the bakery is a real treat

Opt for breakfast from one of the city’s many bakeries. In the last few years, the city has seen a rapid increase in the number of artisan bakeries, as well as local franchises such as Lipóti Pékség. In addition to your typical baked goodies, you can almost always get hot drinks, sandwiches and a variety of other breakfast items. Quality produce usually comes at a much lower cost than in cafés or restaurants, and you can even dine in at some bakeries. Unless you’re on a strict keto diet, you’re sure to find something satisfying.

Similarly, stopping by a local Budapest butcher is a tasty, cost-effective lunch option if you’re a meat lover. Mouth-watering roast meats, succulent sausages and other such simple yet delicious delicacies are readily available, again, at a much lower price than in restaurants.

Another small tip: be sure to try Túró Rudi, a classic Hungarian sweet. It’s essentially a bar of chocolate-covered cottage cheese, widely available in grocery stores. It might sound strange, but it’s delicious.

You shouldn’t go thirsty, either. If you’re in the mood for a light alcoholic drink, you can sample great local beers pretty much anywhere in Budapest. In recent years, more and more local craft breweries have been producing excellent beers. Have your fill at Szent András Sörfőzde, Hedon, Hübris, Mad Scientist or Monyo. 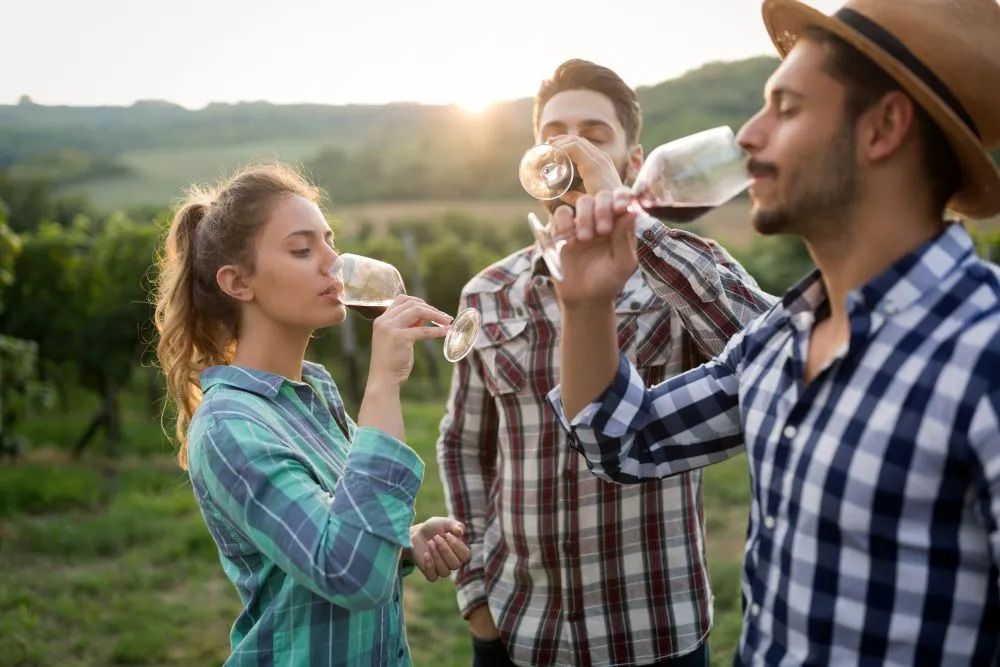 If you prefer wine to beer, you’re also in the right place, as Hungarian wines are simply exquisite. Spritzer (fröccs) is a particularly big deal — white wine and soda water is a culture of its own here. It’s known by various names depending on the wine-to-soda ratio; a small spritzer is one part wine to one part soda, a large spritzer is two parts wine to one part soda, and a “long step” is one part wine to two parts soda. Some places provide charts to help those new to the way of the spritzer get their bearings.

There’s another thing worth highlighting when it comes to Budapest and wine. There aren’t many European capitals that can boast a winery located within their city limits, but Budapest is such a place. The world-famous Törley sparkling wines are made in the suburb of Budafok — tram number 47 will take you to the winery’s visitor centre and museum, which is open all year round.

Hardcore wine lovers should visit the Etyek wine region, just 25 kilometers from the city, where some very fine white wines are produced. Several events, such as the Picnic, take place in Etyek throughout the year, and buses take visitors directly to them from Budapest. 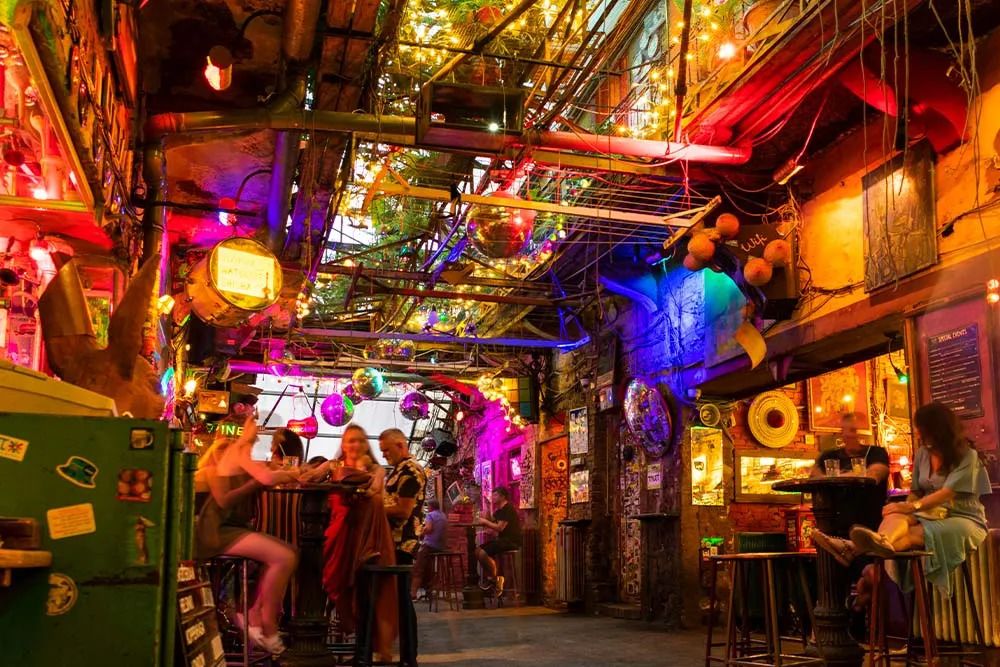 A quintessential Budapest drinking hangout comes in the form of a ruin bar. These alternative underground venues — most of which are in the center of Pest — began popping up around 20 years ago and their popularity has grown ever since, particularly with young people, tourists and members of the city’s sizable expat community. They’re usually set up in old tenements or in similarly “shabby” buildings, but there did used to be an iconic club a few years ago situated on the grounds of a spa.

In many cases, the ruin bars also serve food, and they even serve as community spaces where concerts, exhibitions, film screenings and other cultural events take place. The hottest ruin bars in town are Doboz, Dürer Kert, Kőleves Kert, Szimpla Kert, Instant and A Grund. Check out this website for a comprehensive guide to the city’s ruin bars, as well as recommendations for more “unusual” things to do.