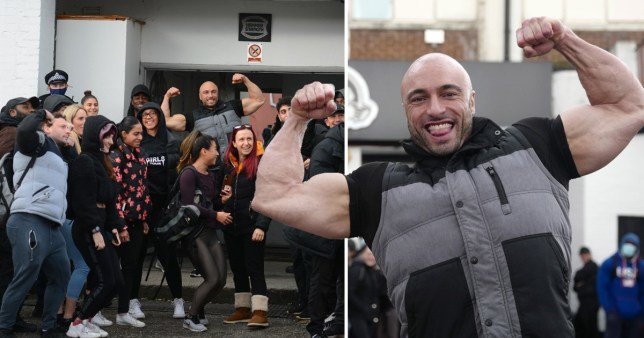 A gym owner has been fined £67,000 after refusing to close his venue during lockdown and repeatedly reopening it, despite multiple attempts from police to stop him.

Andreas Michli was taken to court by Haringey Council after more than 30 coppers were deployed to stop people entering Zone Gym in Wood Green, north London.

He was fined and ordered to close temporarily for five days, when he could contest the full closure in court.

Council leader Joseph Ejiofor said: ‘We have consistently been clear in Haringey that we must all work together to contain the spread of the virus.

‘For our local businesses this is an extremely difficult time and we understand the challenges they are currently facing. However, the law is the law and it applies to everyone,

‘Staying as active as you can to look after your health and wellbeing is really important during this time. But it has to be done in the right way.

‘We have tried on numerous occasions to communicate with the owner of Zone Gym who unfortunately decided to remain open despite repeated warnings. 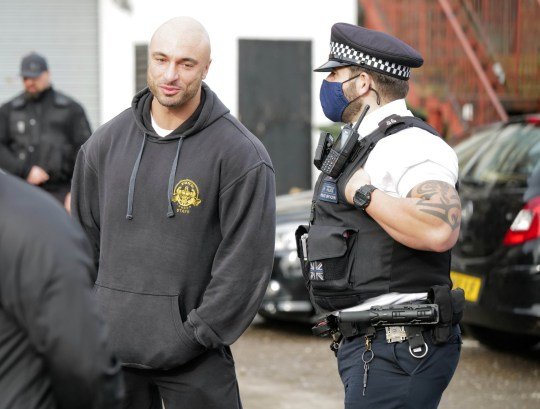 Michli said he knows police are just doing their jobs

‘As a result we were left with no choice but to issue fixed penalty notices and have obtained a closure notice.’

The council has requested Michli be made to pay the £7,300 in court costs and the £3,000 it cost to deploy officers, the Sun reported.

Haringey council applied for a civil order to prevent the bodybuilder from even entering his building.

If Michli disobeys the court order he could be charged with a criminal offence, jailed for up to three months and fined again.

When Boris Johnson announced that gyms would be forced to close under England’s second national lockdown, Michli told Facebook followers he would ignore the rules and keep his business open. 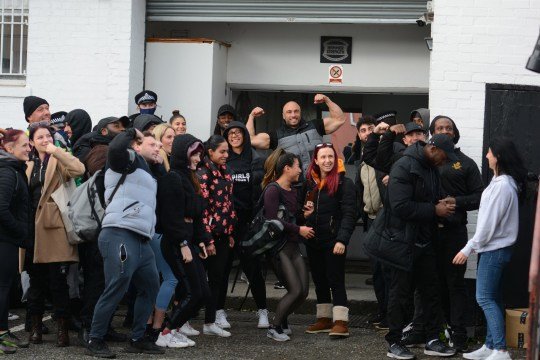 The Metropolitan Police were sent to the gym on Tuesday evening but Michli reopened it moments after they left, despite being threatened with a £10,000 and potential arrest.

He posted a video on Facebook saying: ‘We are not closing! We are staying open because it’s the right thing to do and we need the message to get out there to the public.

‘I am flabbergasted gyms are being forced to close. Gyms have some of the lowest infection rates of business sectors.

‘The police have asked us to close but we are going to do right by our members even if the legislation says different. We are keeping people healthy.’ 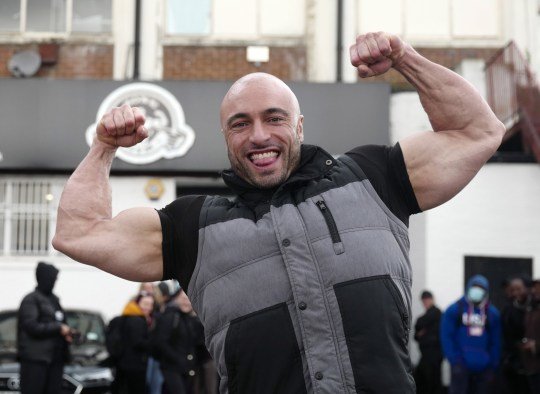 He opened the gym after he was forced to close it

Michli opened the gym at 11am on Wednesday morning with police stopping people from entering again.

Haringey Council arrived an hour later and served Michli with legal papers saying they would force entry to make sure the venue was closed.

But the business-owner used a loophole in the order’s wording, allowing him to enter in car a few moments later.

He then opened the gates and shouted ‘I am inviting you in’ to protesters and gym-goers. Police did not make arrests.

Michli said his members were ‘like family’ and need the gym for their physical and mental health.

He said: ‘I can’t bear to put them through the same struggle they went down in the first lockdown.

‘But I’m so sure, with all my heart, that I’m doing the right thing.’