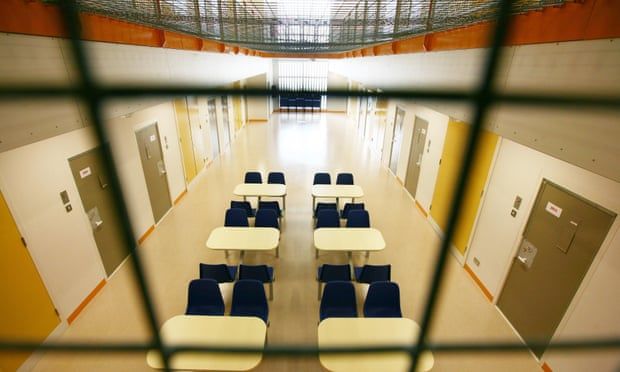 A whistleblower guard who worked at the controversial immigration detention centre Brook House has told a public inquiry into abuses there that staff were “radicalised” into being racist because of a toxic culture.

The public inquiry was launched after a BBC Panorama programme in September 2017 used undercover filming to expose a culture of abuse and humiliation of immigration detainees at the Home Office removal centre near Gatwick, run by the contractor G4S.

Owen Syred, who worked at the centre for more than a decade, both as a detention custody officer and a welfare officer, told the inquiry on Tuesday that he had raised concerns about racism, violence, a lack of skills to deal with vulnerable people with complex problems, and an “us and them” culture between staff and detainees.

He described one officer whose attitude changed after he started work at the centre. At first he had been polite and got along with everyone but then became a different person, Syred said. “Some staff got conditioned, almost like radicalised into stereotyping nationalities,” he said. He added that some staff either became racist after working at Brook House or, if they were racist already, became even more so.

Syred told the inquiry that he saw former staff post on Facebook that they were members of the far-right groups Britain First or Knights Templar. “I do believe there were certain staff radicalised into being racist,” he said.

One example of racism he cited was an officer who said: “I bloody hate this lot. No wonder I’m racist.” When a staff member was seen eating plantain crisps, Syred said, another officer had commented: “They are crisps for [N-word].” A third officer had said he didn’t care if he was racist, Syred told the inquiry.

When Syred reported racist incidents in 2014 he was accused of being a grass and a snitch. He had notes stuck on his locker saying “N-lover” and “grass”.

He told the inquiry staff had penalised him for caring about the detainees and referred to him in a derogatory way as “a cuddly care bear”. On one occasion, after he had eaten lunch with some detainees, he had been asked: “Why are you sitting with these animals?”

Drug use and smuggling were rife and Syred said he believed some officers may have been involved. He said a detainee had offered him £25,000 to collect drugs from a restaurant in a nearby town and bring them into the detention centre.

In 2017, he said, he saw a popular and “loud” guard punching a detainee – who was already successfully restrained – two or three times in the face. He said he had been fearful of reporting the attack because of the earlier bullying and intimidation campaign against him for being a “grass”.

The inquiry is focusing on the period between April and August 2017 and scrutinising the culture and attitudes among staff.

After the Panorama broadcast, 10 members of staff were dismissed or resigned. Despite a police investigation no prosecutions were brought but two former detainees successfully argued for a full independent investigation. Serco took over the running of Brook House from G4S in May 2020.

Callum Tulley, a guard at the centre, approached the BBC about his concerns and then filmed undercover at the centre. He recorded one G4S officer throttling a detainee, digging his fingers into the man’s neck and whispering in his ear: “Don’t move, you fucking piece of shit, I’m going to put you to fucking sleep.”

G4S said after the Panorama revelations that an internal investigation was under way into the conduct of staff members shown in the programme. It said additional safeguards were being put in place to protect detainees, including extending the use of body-worn cameras to de-escalate potentially violent situations, appointing whistleblowing guardians on each wing of the centre to encourage staff to raise concerns, and increasing the frequency of random searches to detect drugs.