The climate activist's comments came after her brief detention at a protest in Germany earlier this week. Social media rumours suggested that her detention was staged - but this was not true.

Greta Thunberg has accused the political and business elite at the World Economic Forum in Davos of putting "corporate greed" and "short-term profits" above the planet.

Speaking alongside other activists at Davos in Switzerland, Ms Thunberg, 20, said the elite are "at the core of the climate crisis" and are fuelling the destruction of the planet.

Ms Thunberg's comments follow her brief detention at an eco protest in Germany against the demolition of a village to expand a nearby coal mine on Tuesday. 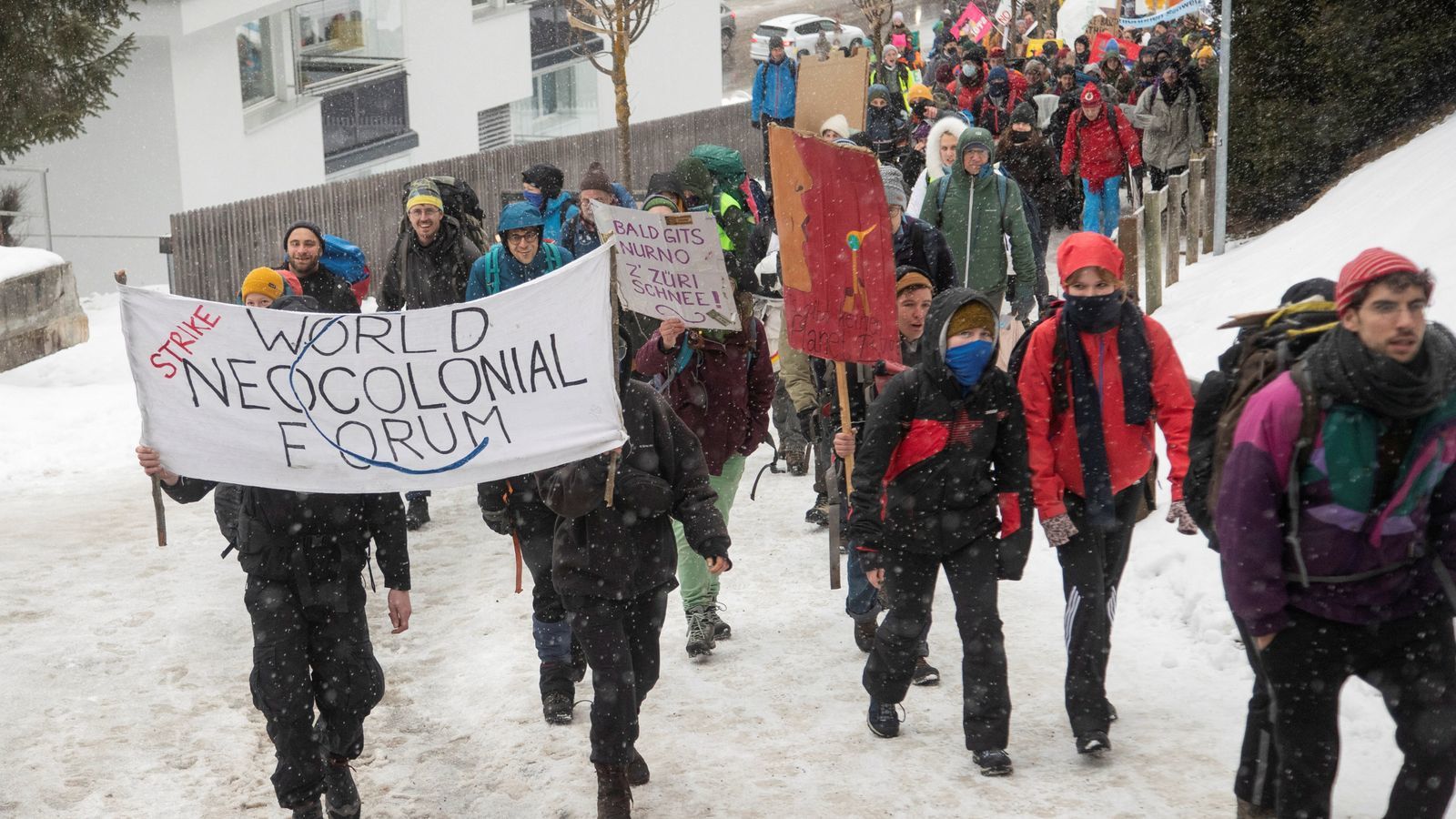 "They have proven time and time again that they are not prioritising that. They are prioritising self-greed, corporate greed and short-term economic profits above people and above planet."

She was joined by other activists who brought a joint letter signed by nearly 900,000 people calling on fossil fuel company bosses to stop all new oil and gas projects.

Protests have been staged at the forum by dozens of climate activists. Some with clown makeup waved banners and chanted slogans at the end of the Davos Promenade on Sunday.

While the forum has discussed the need to address climate change among other topics, it has faced criticism for being a talking shop that results in little direct action.

Ms Thunberg said the change needed is not very likely to come from inside Davos, but from the "bottom-up" and public pressure from the outside. 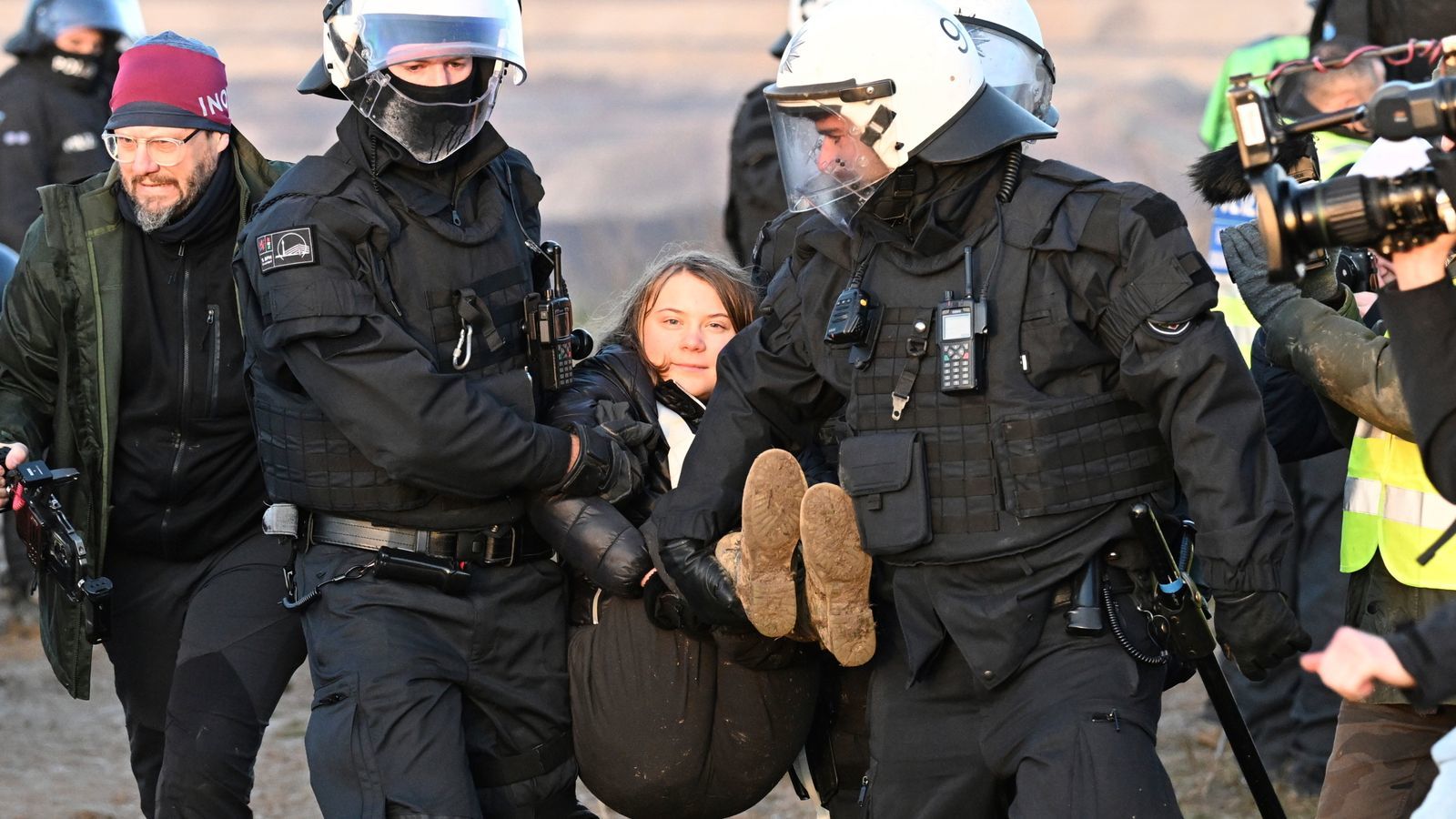 Detention was not staged - despite rumours

Despite claims circulating on social media, Ms Thunberg's brief detention at a protest near Luetzerath village in western Germany was not staged.

The rumours suggested the incident was staged with the police.

However, German police, Reuters journalists and photographers at the site confirmed this was false.

A spokesperson for Aachen police said that their detainment of Ms Thunberg was not staged, saying they are not "extras" for her.

Scientists say no new fossil fuel projects can go ahead if the world is to limit global warming to 1.5 degrees Celsius in line with the climate goals set in Paris in 2015.