Several firms involved with Grenfell Tower are still engaging in a "merry-go-round of buck-passing" following the fire that killed 72 people, a long-running public inquiry has heard as it drew to a close.

Richard Millett KC, lead counsel for the inquiry, said the risks that led to the June 2017 fire in west London were "well known" by many of the organisations and "ought to have been known" by all of them.

He described "incompetence", "cynical" and "possibly dishonest practices" in the building industry, "weak" building controls, failure of London Fire Brigade to learn lessons from previous fires, and a failure of government.

Since the first day of the first phase of the inquiry, Mr Millett KC has criticised the building industry companies for blaming each other in "indulging in a merry-go-round of blame".

Referring to the companies' closing statements this week, he said: "On day 312 of this inquiry, the merry-go-round still turns. The notes of its melody, clearly audible."

"A tragedy of these dimensions ought to have provoked a strong sense of public responsibility," Mr Millett KC continued.

Instead, many "core participants appear simply to have used the inquiry as an opportunity to position themselves", so as "to minimise their own exposure to legal liability", he said.

"A public inquiry is not the place for cleverness. But for candour." 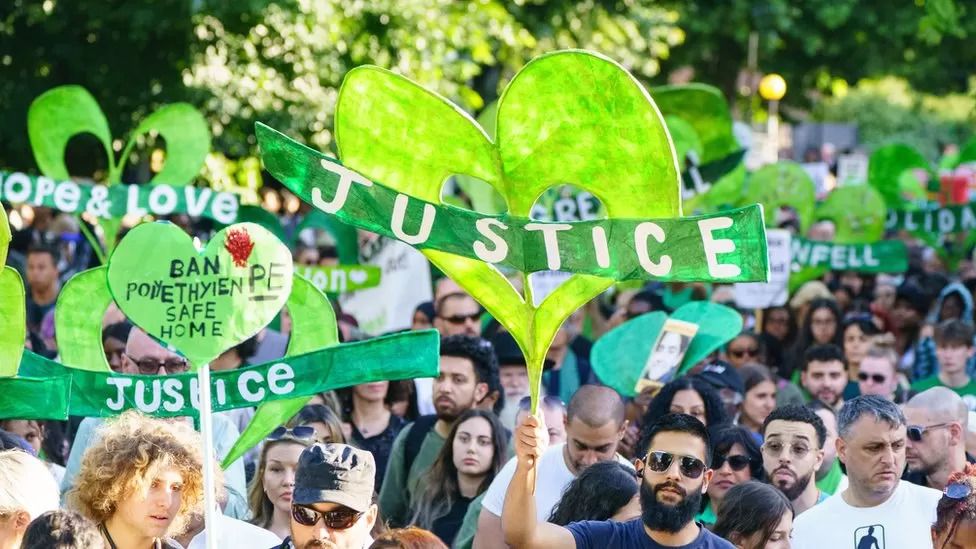 He told the hearing that, based on the evidence, the panel should conclude "with confidence" that all 72 deaths as a result of the disaster in north Kensington were "avoidable".

Mr Millett KC's closing statements followed closing submissions all week by those involved in the refurbishment of the tower in 2015, such as the cladding manufacturer and insulation contractors.

The inquiry has previously heard how the tower's Aluminium Composite Material (ACM) cladding enabled the flames on outside of the tower to spread quickly.

"If everything that has been said is correct, then nobody was to blame for the Grenfell Tower fire," he said. "Can that really be right?

"Is the answer that you want to give to the survivors, to the grieving families, and to the wider public to be that the Grenfell Tower fire was just a terrible accident? Just one of those unfortunate incidents that happened occasionally?"

He continued to suggest to the hearing that the parties involved in the fire hoped that so many people were partially to blame that none of them should be held responsible.

"Are they really as sorry as they say?", he asked.

Mr Millet KC also condemned the "failure to pay due respect to the idea of the home as a physical aspect of human privacy, agency, safety and dignity". 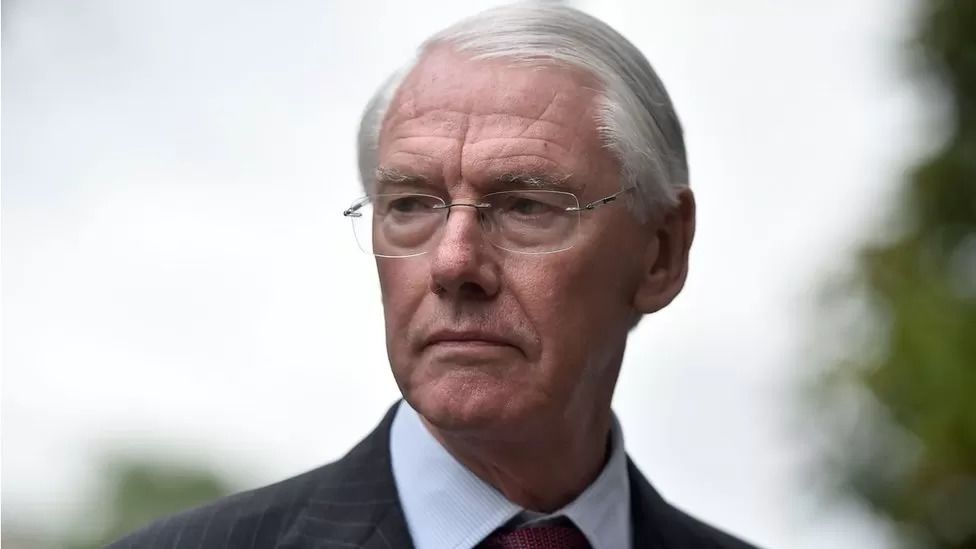 Sir Martin Moore-Bick, the inquiry chair, and his panel will now decide who is to blame for the fire

He used the majority of his closing speech to set out the ways in which he believed the many organisations and companies involved in the refurbishment had blamed each other.

*  Arconic Architectural Products: The inquiry has heard the cladding manufacturer marketed the cladding knowing it would be used on tall buildings, despite having test evidence that it might be unsafe for this purpose. Arconic, however, argues that it is the job of architects and construction firms to ensure the materials they use are suitable


*  Rydon: The panel heard the building and design contractor for the tower's refurbishment in 2015 knew, or should have known, the cladding was flammable. Rydon says it was never warned about the risk of the cladding by its manufacturer and relied on other experts


*  The Royal Borough of Kensington and Chelsea (RBKC) and its tenant management organisation: The local council and the body managing its social housing have been accused during the inquiry of trying to cut costs by using a cheaper, non-fire retardant type of cladding. The council has admitted its building inspectors signed-off on the decision


*  Harley Facades: The contractor that bought and fitted the flammable cladding chosen by Rydon and the council has defended itself at the inquiry, saying it did not know the cladding had previously failed fire safety tests. However, Arconic argued the cladding came with a certificate that said it was combustible and that the cladding panels had been misused as they were not suitable for the tower


*  Celotex and Kingspan: During the inquiry the two insulation companies have been accused of ignoring safety risks when selling products for residential tower blocks. They insist their products could be used safely with the right designs


*  Exova: The inquiry has heard that the fire safety consultants had advised the refurbishment would have no adverse effect on safety in a report during its early planning stages. However, in his closing statement earlier, Sean Brannigan KC, for the firm, said his client had "literally nothing to do" with the use of cladding containing a flammable plastic layer, a decision which was taken later in the project

On the inquiry's closing day, the government also repeated its previous apology for its failure to realise that the regulatory system for building safety was "broken and might lead to a catastrophe such as this".

Jason Beer KC, representing the Department for Housing, Communities and Levelling Up, said: "The department is truly sorry and apologises unreservedly." 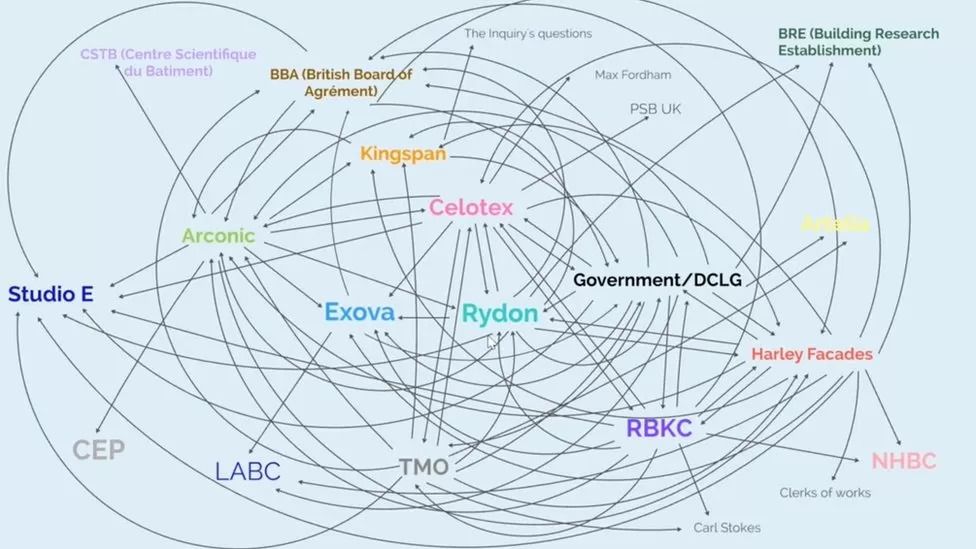 Four years after the inquiry started, chair Sir Martin Moor-Bick and the panel will now decide who was to blame.

They are expected to report back in 2023. Criminal proceedings by the Met Police may follow, but this is unlikely to happen before 2024.

Bereaved relatives and survivors of the fire, along with residents of the estate where Grenfell Tower stands, have said they will not be satisfied until those responsible are sent to prison.