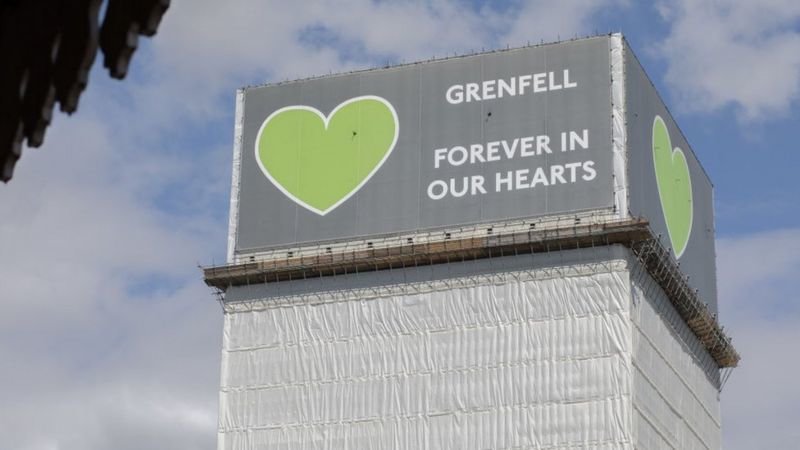 Four employees of a company which made the cladding used at Grenfell Tower are refusing to give evidence to the public inquiry.

Three French and one German employee of Arconic say they might breach a law in France which prevents evidence being given to proceedings abroad.

But inquiry lawyer Richard Millett QC said it was hard to imagine they would be punished for giving evidence.

He said they should "do the right thing and come and assist the inquiry."

Arconic told the inquiry it should discuss the problem with the French government.

The comments were made as the second module of the second phase of the inquiry into the blaze which killed 72 people began.

Hearings over the next few weeks will focus on investigating how products used in the cladding system on the block were manufactured, tested and sold.

Mr Millett said the witnesses had "extremely pertinent evidence to give about the products principally implicated in the rapid and fatal spread of the fire".

"In the end, if Arconic and its witnesses seek to stand on their strict legal rights and refuse to come to give evidence that is a matter for them."

He said they might find the bereaved, survivors and relatives, and the public generally might take a "dim view" of their conduct.

"Doubtless Arconic will have considered the impact of its witnesses' refusal to give evidence on how they are viewed in the world beyond this inquiry and particularly in the markets, both in their own products and the financial markets." 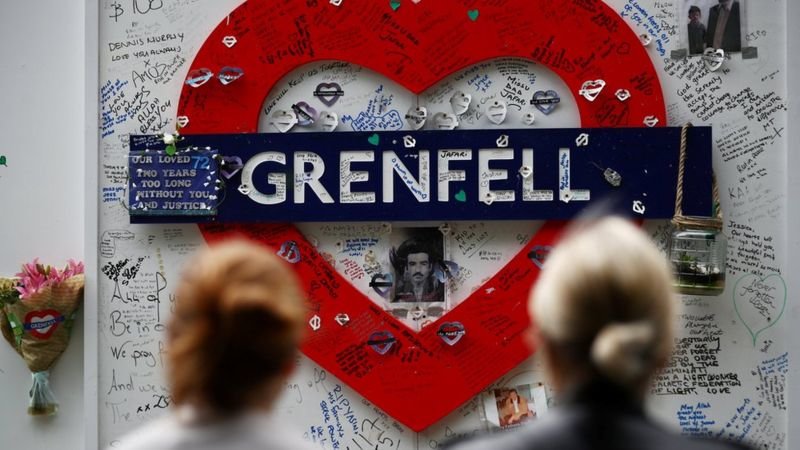 Arconic supplied the combustible aluminium composite material (ACM) panels used in the cladding system which was previously found to have fuelled the spread of the fire up the Kensington building three years ago.

The law in question is known informally as the French Blocking Statute.

One of the witnesses, technical manager Claude Wehrle, sent emails warning that Arconic had received test results for its product which were far worse than it had previously admitted.

As the BBC revealed in 2018, these tests were not published in the UK and not disclosed to the authority which issues product information certificates.

Mr Millett said in the absence of the Arconic employees he would be using the company's witness statements to demonstrate the role they and the company played.

In an opening statement on behalf of victims of the fire, Stephanie Barwise QC said manufacturers of the cladding, insulation and other products were "untroubled by the safety of their products and some of them remain so despite the disastrous fire".

Picking out the insulation manufacturer Kingspan, Ms Barwise said its failure to "acknowledge the seriousness of their behaviours, still less the consequences, renders any other assertions they make utterly hollow".

Stephen Hockman QC, speaking on behalf of Arconic, maintained that "the product was capable of being used safely, even for high-rise residential applications, if the appropriate cladding system was designed".

Making an opening statement, he said: "Core participants have suggested that the company's employees were or must have been aware that ACM panels would contribute to the spread of fire.

"We submit, however, that the correct question is whether there was an awareness that the panels could so contribute if the products were used within a cladding system that was not compliant with regulations or otherwise fit for purpose."

The inquiry will continue next week as its work on module two gets under way.