Leading green Conservatives have backed Boris Johnson’s call for his successor to invest in renewable energy, amid concern that the Tory leadership frontrunner Liz Truss could rely more on fossil fuels to combat soaring prices.

In one of his final speeches as prime minister, Johnson is set to warn against focusing on short-term solutions and neglecting both renewables and a wider shift towards net zero.

While officials say details of the speech are still to be worked out, they say Johnson will stress that growth in sources such as wind power, as well as new nuclear power stations, would protect the UK from future energy crises.

Truss and her rival in the Conservative leadership race, Rishi Sunak, have both called for more nuclear energy. However, they have been notably sceptical at times in their comments and planned policies on renewable sources.

Sunak has pledged to make it even harder to get permission for onshore windfarms, while Truss spoke out vehemently against solar panels being installed on agricultural land.

The foreign secretary will reportedly issue dozens of oil and gas drilling licences if she is elected prime minister next week. She will invite applications for licences to explore new fields and up to 130 are set to be issued, sources told the Times.

The most recent figures from Offshore Energies UK estimate that there are 15bn barrels of oil and gas still under the North Sea.

Truss has faced criticism for delaying her announcement on addressing soaring energy prices until after the leadership election concludes on Monday.

Chris Skidmore, a Conservative former minister who set up the Net Zero Support Group within the parliamentary party and has become a leading Tory voice on green issues, said he was keen for Truss and Sunak to understand the need to invest in renewables.

“The reason why I wanted to ensure every candidate in the leadership contest committed to net zero was not just to ensure that the UK maintained its international leadership on climate change – it was precisely because net zero isn’t just about reducing emissions but determining our future energy security and economic growth,” the MP for Kingswood told the Guardian.

“The private sector and international markets already understand that investing in the energy transition is the way forward for future growth. 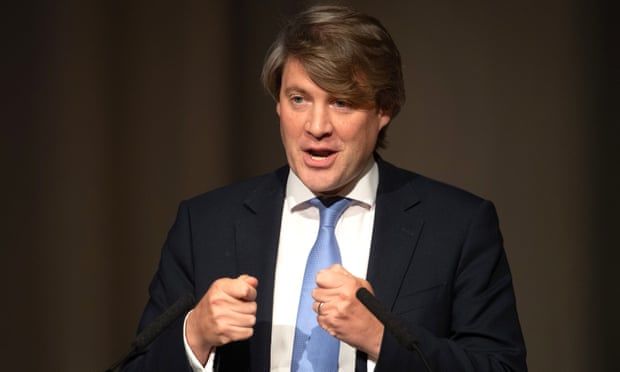 “Net zero is now our way out of this cost of gas crisis. We have reached a tipping point where renewables are now far cheaper than fossil fuels and I genuinely believe that 2022 will be viewed by historians as the year that we recognised from this crisis that the world woke up to the need to deliver energy sovereignty through renewable and clean power.”

Sam Hall, the director of the Conservative Environment Network, which has the support of 133 Tory MPs, half the parliamentary party backbench, said a commitment to net zero was “essential if we’re to tackle our dependency on dubious regimes for energy”.

He said: “Boris Johnson is right that delivering net zero goes hand-in-hand with tackling the root causes of the energy crisis. Putin is weaponising Europe’s reliance on international gas markets for his illegal invasion of Ukraine, hoping that sky-high energy bills will weaken our resolve.

“By rolling out more clean energy such as offshore wind and insulating Britain’s draughty housing stock, we will become less dependent on expensive gas which is putting up people’s energy bills.

“Boris Johnson deserves a lot of credit for turbocharging the UK’s clean energy sector during his time in office. Because of these policies we’re buying less expensive gas than we would have been otherwise.

“The next prime minister must make good on their pledges to expand cheap renewables and boost energy efficiency, as well as providing direct support to households and businesses to help them get through this winter. Doubling down on net zero is essential if we’re to tackle our dependency on dubious regimes for energy.”

While Truss and Sunak are seeking to appeal to Conservative members, who will select Johnson’s successor, Tory voters appear less dogmatic on energy measures. Almost half of them now support the nationalisation of UK energy firms, according to a YouGov poll for the Times.

Truss has pledged to suspend green levies, which fund energy efficiency schemes, placed on energy bills, and has said she backs fracking for shale gas if it has local support.

She is also resistant to new onshore wind projects, and during one leadership hustings event said that seeing solar farms on what was farmland was “one of the most depressing sights” of the modern UK.

A source in Truss’s campaign said she was “absolutely committed to green energy”, and had been vocal about the need to increase the supply from sources including wind and tidal power.