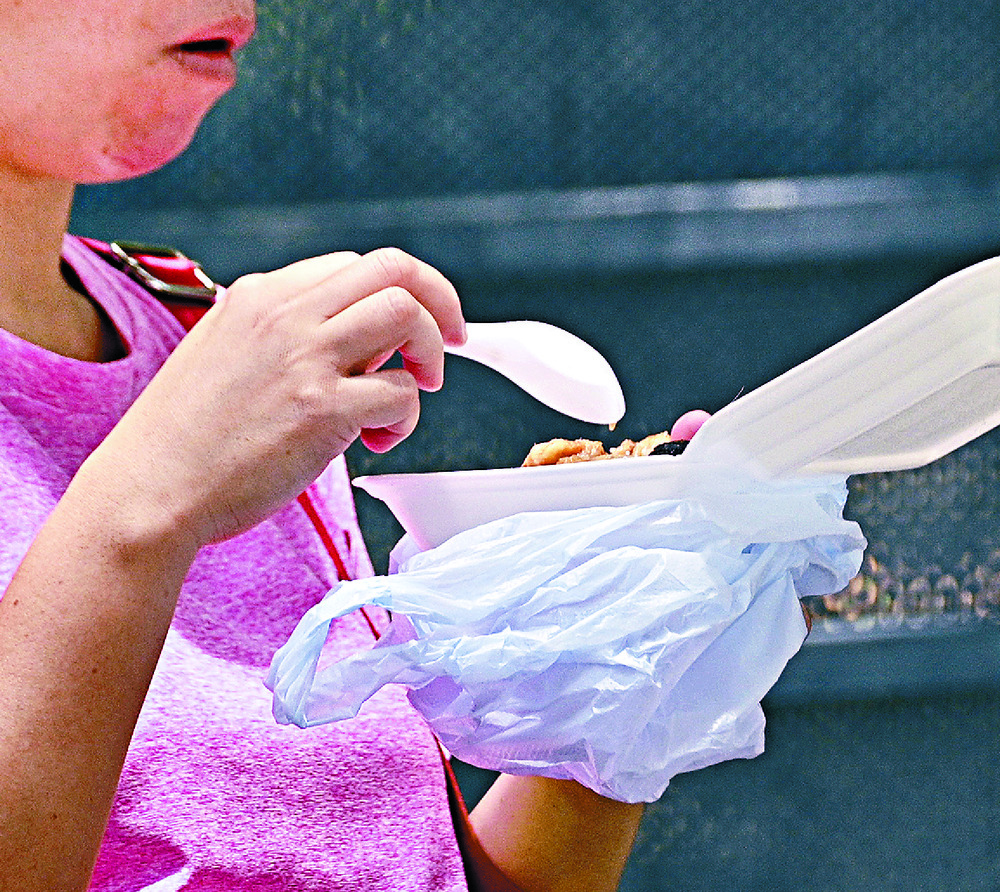 Around 100 million sets of disposable plastic tableware from takeaway orders, including lunch boxes, straws, cutlery and bags, had been thrown away weekly at the pandemic's onset, according to the group's estimation.

To roll out the services, the group suggested the government take reference from its recycling program GREEN @ Community, which encompasses recycling stations and stores in 18 districts, by dispatching lunch box rental service suppliers.

"They should also establish a supply chain of cleaning, transport and logistic services which can assist the suppliers," it said.

The group also proposed a mobile app which will allow the catering industry and citizens to access cutlery rental services.

Tableware rental services are not something new in the city, the group added.

The group said the service saved over 11,000 disposable cups from the landfill.

Another local company, We Use, has already been providing cutlery rental services to restaurants, the group said.

But the group noted that expanding tableware rental services in the city could be challenging due to the costs of cleaning and transportation, as well as the loss of demand amid the pandemic.

Nevertheless, the group urged the government to legislate the ban on single-use plastic cutlery before 2025, the earliest the government will enact the ban, although the timetable has yet to be spelled out.

The group's executive director Ho Hon-wai said banning disposable plastic cutlery did not mean that other kinds of waste would not accumulate.

"The substitutes of plastic can be abused and disposed of as well, so the issue of municipal solid waste cannot be solved," Ho said.

"The government should set up a long-term goal to change the 'disposing tableware' culture, making the catering industry and citizens opt for rented cutlery with takeaway orders."
Add Comment