The government needs to urgently tackle England’s crumbling school buildings, teachers have said, as figures show nine in 10 schools have at least one part of their buildings needing repair or replacement.

The National Education Union, which represents more than half a million teachers, said it was “shocking” that of 20,000 school buildings inspected between 2017 and 2019, a total of 19,442 had at least one building component that had “major defects” or was “not operating as intended”.

The union added that the £1bn the government is investing into what it called “state of the art” refurbishments of 61 schools was “a drop in the ocean”.

Analysis by the Liberal Democrats also found more than 5% of building components, such as roofs, windows, doors, electrics and light fittings, across all of England’s school estates – 240,000 items – were found to be defective, so were graded “poor” or “bad” by surveyors.

Officials estimate that it would cost £11.4bn to carry out all the necessary repairs.

The City of Durham was the constituency with the highest percentage of school building components – almost 12% – graded poor or bad. 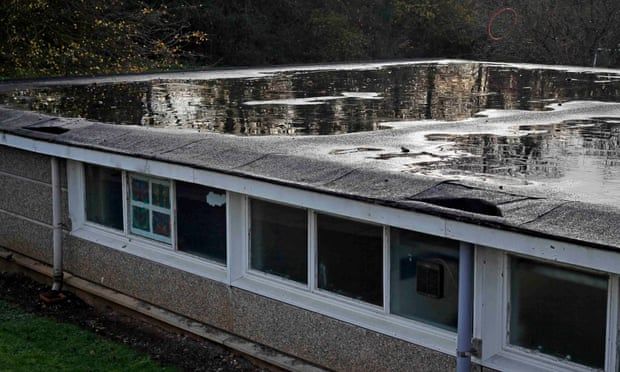 Dr Mary Bousted, joint general secretary of the National Education Union, said it was a ‘shocking fact’ that 90% of school buildings in England require major repairs.

In Richmond in North Yorkshire, the constituency of Truss’s leadership rival, Rishi Sunak, the situation was similar with 91% of schools having at least one “poor” grade component. Meanwhile, 21 schools contained at least one building component graded “bad”.

The figures were published by the Department for Education in response to a parliamentary question tabled by the Liberal Democrat education spokesperson, Munira Wilson.

Dr Mary Bousted, joint general secretary of the National Education Union, said it was a “shocking fact” that 90% of school buildings in England require major repairs.

She said: “All children deserve to learn in high quality, safe and comfortable buildings. But in 2022-23, capital funding is £1.9bn less per year in real terms than it was in the last years of the Labour government.

“Capital spending was the largest cut to education and was imposed immediately after the 2010 election. If the government had not cut Labour’s school rebuilding programme, £2bn more would have been spent on school and college buildings.

“The government’s recent announcement that £1bn would be invested in the rebuilding or refurbishing 61 schools is a drop in the ocean.

“The government needs to show much more ambition and urgently address these issues in a strategic way to demonstrate that they really believe in investing in our pupils’ futures.”

Wilson said: “These shocking statistics show that the Conservatives have neglected our school buildings for far too long.

“When Liz Truss was in the Treasury, dozens of schools in her own constituency needed urgent repairs and before Rishi Sunak quit as chancellor, the government cut this year’s school maintenance budget in real terms.

“Liberal Democrats believe that education is an investment in our children’s future. Rather than bickering about the past, the Conservative leadership candidates should explain how they will protect schools from sky-high energy bills coming this winter.”

A Department for Education spokesperson said the figures were not new, adding: “The safety of pupils and staff is paramount. We have one of the largest and most comprehensive condition data collection programmes in Europe, and this helps us to assess and manage risk across the estate.

“Buildings where there is a risk to health and safety will always be prioritised and we have allocated over £13bn since 2015 to improve the condition of school buildings and facilities, including £1.8bn this financial year. In addition, our new school rebuilding programme will transform the learning environment at 500 schools over the next decade, prioritising schools in poor condition or with potential safety issues.”