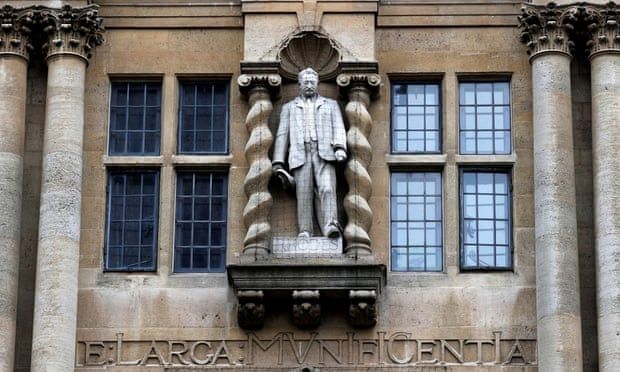 The government is to appoint a “free-speech champion” and warn heritage bodies against taking significant steps in reevaluating British history, as part of an intensification of its culture war agenda.

In a sign that ministers believe that a battle against “woke” culture plays well with voters, the Department for Education will appoint a “free-speech champion” for higher education, with changes to the law to guarantee the preservation of free speech in universities.

Government sources confirmed the plan, first detailed in the Sunday Telegraph, which will see the new post based within the Office for Students, the regulator which represents students’ interests.

Due to be announced next week, the role will involve powers to fine universities or student unions that wrongly restrict free speech, and order action if people are sacked or otherwise disciplined for their views.

A Department for Education source told the Telegraph that “unacceptable silencing and censoring on campuses is having a chilling effect”.

While there has been much media reporting on people with rightwing views being barred from speaking on campuses, and about academics being made uncomfortable for holding conservative views, there is little evidence this is a significant problem. A 2018 report by the parliamentary human rights committee found that while some worrying examples could be cited, “we did not find the wholesale censorship of debate in universities which media coverage has suggested”.

The cross-party group noted that student groups were not obliged to invite particular speakers, or to never cancel previously planned events, and that speakers were free to decide they did not want to share a platform with others. “None of these is an interference on free speech rights.” 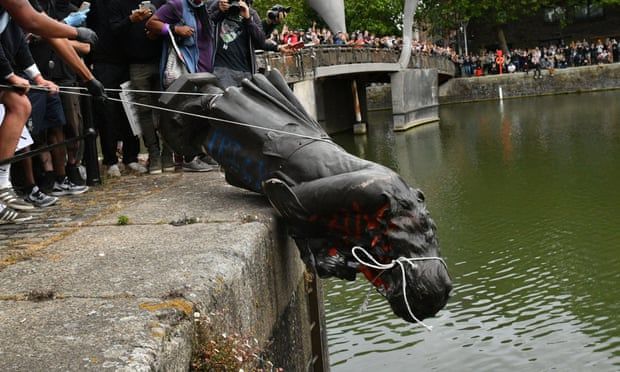 The government’s initiative around heritage bodies, also first briefed to the Sunday Telegraph, comes from the Department for Digital, Culture, Media and Sport (DCMS), and marks another front in the government’s pushback against the Black Lives Matter movement, and the subsequent reevaluation of the UK’s colonial history – especially slavery – and statues and monuments that celebrate it.

Oliver Dowden, the culture secretary, is to lead a roundtable discussion with two dozen heritage and culture bodies, including the National Trust, Historic England, the British Museum and other museums and galleries to discuss the issue.

According to the Telegraph, Dowden has sent the institutions a letter saying countries should not “run from or airbrush the history upon which they are founded”. A source from his department told the paper Dowden was trying to “defend our culture and history from the noisy minority of activists constantly trying to do Britain down”.

DCMS sources say the meeting, to take place on 22 February, will be less confrontational, and is intended as a forum to discuss controversial heritage issues and talk about the government’s ambition to “retain and explain” statues with chequered histories.

Ministers have been reportedly angered by projects such as the National Trust’s Colonial Countryside scheme, a children’s education project looking at how some historic properties are connected to empire and slavery. However, there is as yet little evidence of a mass move to remove statues or monuments.

In June last year, amid a wave of protests sparked by the death of George Floyd at the hands of police in Minneapolis, a statue of the slave trader Edward Colston was pulled down by protesters and thrown in Bristol harbour. It was later retrieved, and four people will face trial for alleged criminal damage.

Other debates over removing statues, such as that of the Victorian imperialist Cecil Rhodes from Oxford University’s Oriel College, have predominantly been about monuments in the hands of private institutions or councils, rather than cultural institutions.